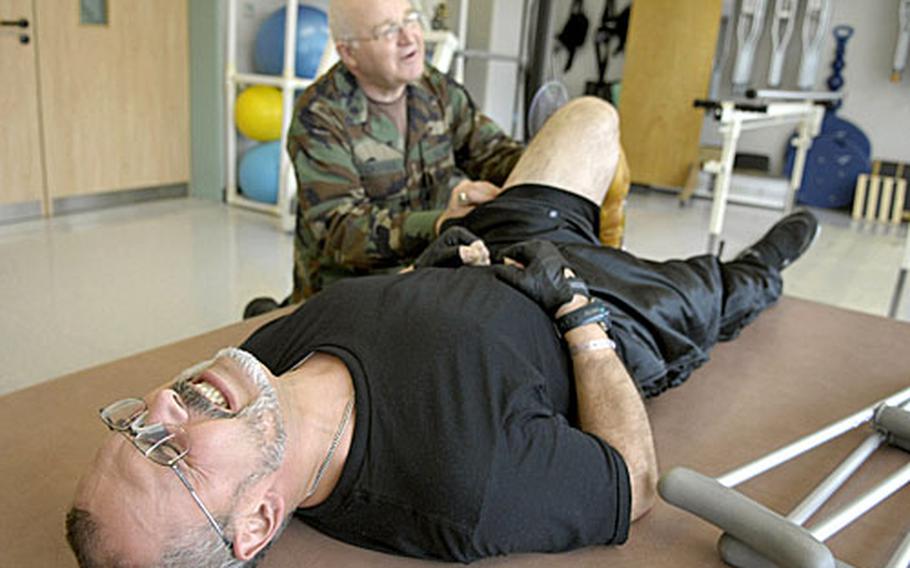 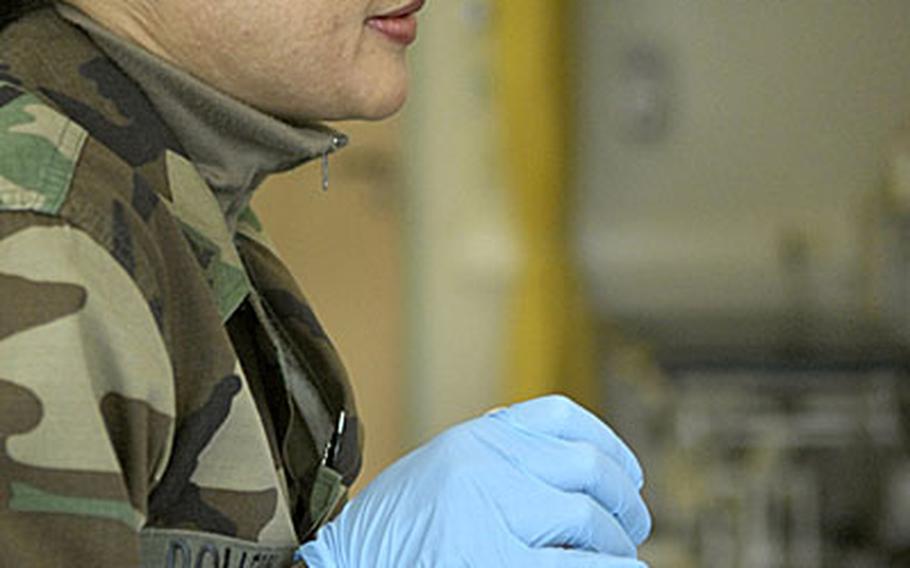 Dollesin helps exercise Petrut’s injured leg. Petrut was wonded by a rocket attack in Iraq in September and has been receiving medical care at LRMC. He was able to move his knee 113 degrees which is considerable considering he started with only 75 degrees of motion. (Ben Bloker / S&S) 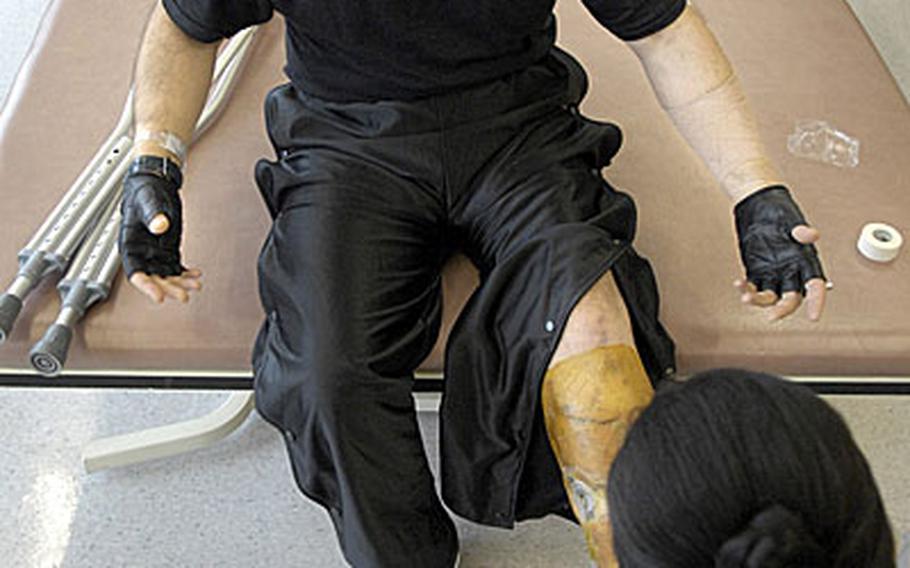 Petrut gets his injury rewrapped by Dollesin. (Ben Bloker / S&S)

He does that, he says, because he can, thanks to the doctors at Landstuhl Regional Medical Center. They saved his lower left leg from amputation after he was injured in a rocket attack near Baghdad International Airport on Sept. 11.

The next thing he remembered was seeing nearby cars &#8220;splattered with my flesh and blood.&#8221; The other Romanian and British soldiers with Petrut at the time were not seriously hurt.

At the hospital in Baghdad, where an American soldier died in the bed next to his, it was unclear whether Petrut would lose his leg. The first thing he asked doctors after arriving at Landstuhl was whether it could be saved.

Ultimately, after several operations, the answer was yes.

Though most incoming patients from Iraq and Afghanistan have noncombat injuries, an average of 75 combat casualties per month have been admitted to Landstuhl since April. That includes foreign nationals working with coalition forces. Petrut is one of four &#8212; all Romanians &#8212; at the hospital now.

Though he misses his wife and son in Bucharest, Petrut said he is thankful to be on the road to recovery at Landstuhl, where he will stay for the next few weeks.

He&#8217;s making friends along the way, too. One Landstuhl employee recently gave him a pair of gloves to keep his hands warm while he maneuvers around the hospital in his wheelchair.

In fact, everything he&#8217;s received at the hospital, from the top-notch care to the clothes on his back, has come at the hands of his American caregivers.

It&#8217;s all left a distinct impression on Petrut, who has served in the Romanian military since 1982, when the country was still under Communist rule.

&#8220;We don&#8217;t have enough words of thanks for the Americans, our brothers,&#8221; he said. &#8220;The only difference [between us] is the language.&#8221; And that gap could be closing even more with the partnership the U.S. and Romania militaries are forging with Joint Task Force-East, which wrapped up its initial training exercises in Romania 10 days ago.

The new command is laying the groundwork for a long-term U.S. military presence in Romania and Bulgaria.

&#8220;It would be very nice being shoulder-to-shoulder with my American brothers,&#8221; Petrut said.