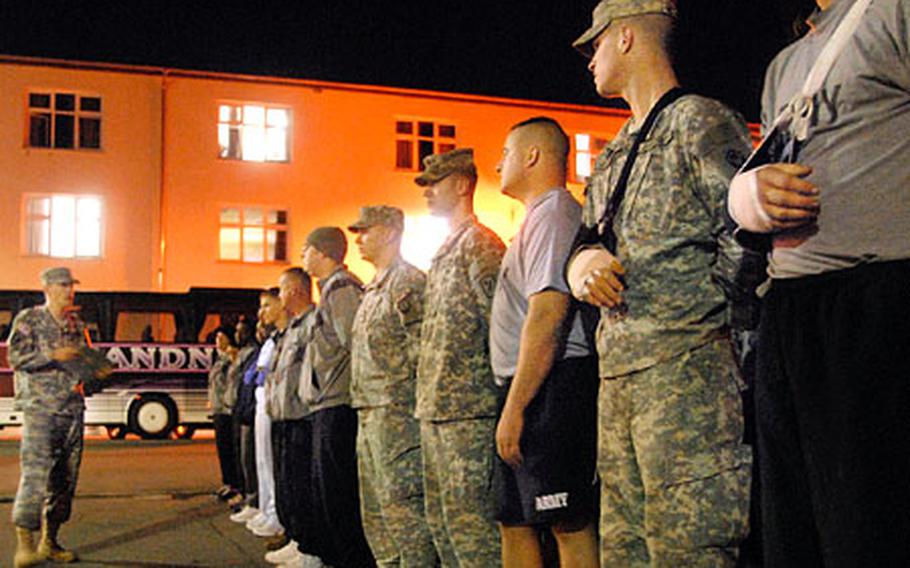 KAISERSLAUTERN, Germany &#8212; In two to three months, outpatients from downrange receiving care at Landstuhl Regional Medical Center will be a lot closer to their doctors, case managers and liaisons.

Outpatients soon will be housed in two or three buildings on the Landstuhl facility, cutting out a roughly 30-minute bus ride from the current outpatient barracks on Kaiserslautern&#8217;s Kleber Kaserne.

The move will mean a lot of efficiencies for the outpatients, said Col. Brian Lein, Landstuhl commander.

In addition to the move, the outpatient unit will lose its moniker of &#8220;medical transient detachment&#8221; and be known solely as the &#8220;warrior transition unit (outpatient).&#8221;

The aim of the Army&#8217;s new warrior transition units &#8212; introduced June 15 in the wake of media reports on poor conditions and treatment at Walter Reed Army Medical Center &#8212; is to provide a comprehensive, streamlined approach to dealing with wounded troops.

The mission of the warrior transition unit in the Kaiserslautern military community is unique from others in that most troops stay only between 10 and 14 days before either returning to their unit downrange or moving to the States for additional treatment.

The move will see the unit increase its staff from 27 to 53, said Capt. Katrina Gawlik, commander of the medical transient detachment/warrior transition unit (outpatient).

Upon the move, the unit will fall under the command of Landstuhl instead of the 21st Theater Sustainment Command. Gawlik &#8212; of the 21st TSC &#8212; will remain commander of the unit.

The Air Force, which manages lodging facilities on Landstuhl, handed over the buildings that will house the outpatients to Installation Management Command-Europe, which is sprucing up the facilities.

The new outpatient facility will retain the Morale, Welfare and Recreation options available at the Kleber barracks. The open-bay rooms and bunks beds will be things of the past.