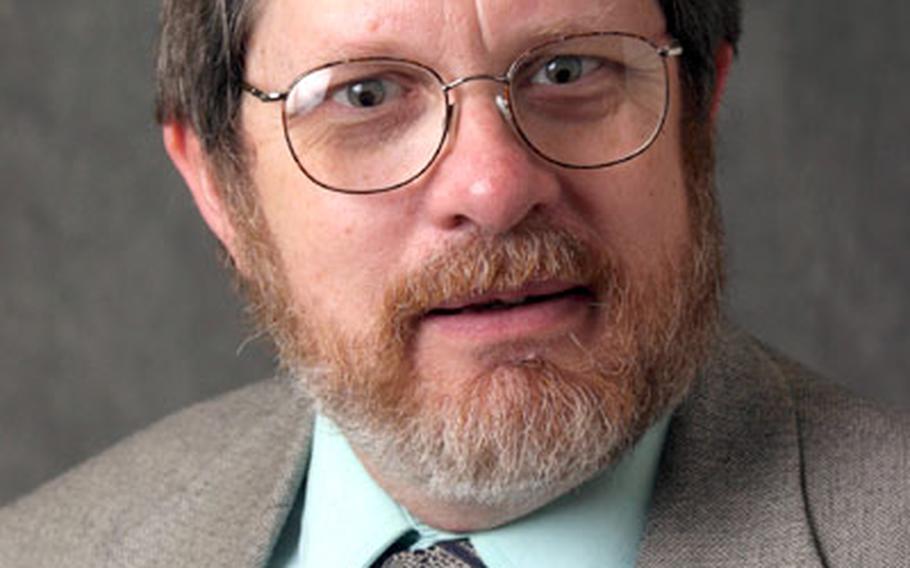 Michael Roylance, a science teacher at Landstuhl Elementary and Middle School, is the top math and science teacher for all Defense Department schools in 2004. (Photo courtesy of Presidential Awards for Excellence in Mathematics and Science Teaching)

LANDSTUHL, Germany &#8212; A teacher from the Landstuhl American Elementary and Middle School has been honored by the White House as one of the nation&#8217;s top math and science teachers.

Michael Roylance, who teaches science and math to sixth-graders, has received the 2004 Presidential Award for Mathematics and Science Teaching for Defense Department schools. The award recognizes the best teachers across the country and in U.S. territories and military bases.

Roylance said the key to reaching out to children and keeping them interested in science is to give them hands-on lessons.

&#8220;As I got into teaching, I realized that in the oil industry I would&#8217;ve found enough gas to power the cars in the United States for maybe a couple of minutes; maybe and hour at the most,&#8221; he said. &#8220;But, in teaching, I have influence over a new group of kids every year and the impact is so much greater for the world as a teacher and so much more rewarding that I would never go back.&#8221;

Congress established the Presidential Awards for Mathematics and Science Teaching in 1983. Each year, the White House and the National Science Foundation recognize the best teachers from each state.