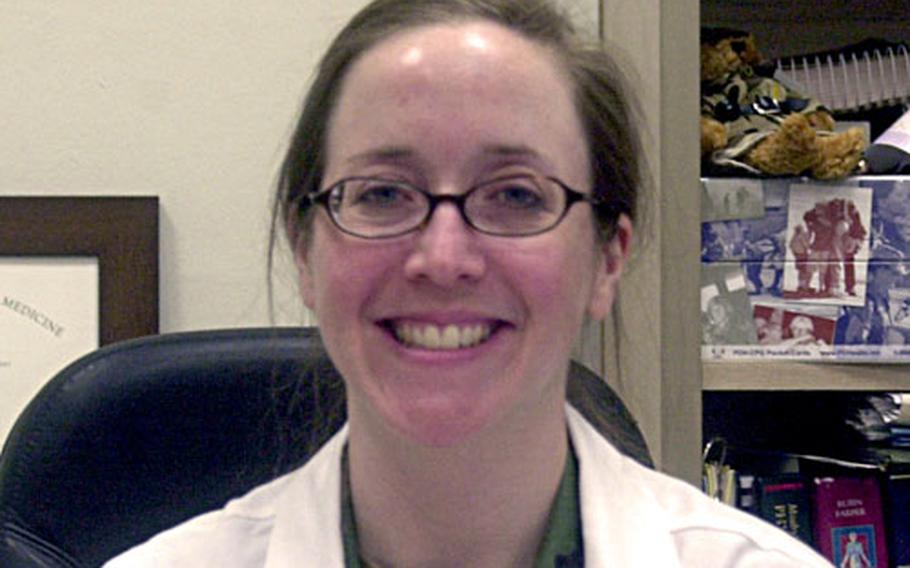 LANDSTUHL, Germany &#8212; A recent rise in the number of patients at Landstuhl Regional Medical Center diagnosed with Type 2 diabetes has caught the attention of doctors here.

The increase at Landstuhl echoes an ongoing stateside rise in diabetes that is being deemed an epidemic, said Army Maj. (Dr.) Gayle McDermott, chief of internal medicine at Landstuhl.

Older officers and noncommissioned officers and retirees are the ones generally coming to Landstuhl with Type 2 diabetes, McDermott said.

Almost 21 million people in the United States have diabetes. While an estimated 14.6 million have been diagnosed, some 6.2 million people are unaware that they have the disease, according to the American Diabetes Association. Also, minorities are more apt to develop diabetes than whites.

The recent U.S. rise in diabetes closely parallels &#8220;the epidemic&#8221; of obesity in the States, McDermott said.

&#8220;Obesity is very, very closely tied to insulin resistance and the development of Type 2 diabetes,&#8221; she said.

Diabetes is the leading cause of adult blindness and amputation among adults and accounts for a high percent of kidney failure in adults, said Col. (Dr.) Lynn Abrams, an endocrinologist at Landstuhl.

An online test is available at diabetes.org/risk-test.jsp for those who think they may have diabetes. The test takes about a minute.

Those who score either intermediate or high risk should have a medical screening for diabetes, McDermott said.

As of 2002, diabetes is the fifth leading cause of death in the United States, McDermott said.

What is Type 2 diabetes?

Type 2 diabetes results when the body fails to properly use insulin, combined with relative insulin deficiency. Insulin is a hormone produced in the pancreas and needed to convert sugar, starches and other food into energy necessary for daily life. Most Americans diagnosed with diabetes have Type 2 diabetes.

Type 1 diabetes results from the body&#8217;s failure to produce insulin, the hormone that &#8220;unlocks&#8221; the cells of the body, allowing glucose to enter and fuel them. Type 1 diabetes is usually diagnosed in children and young adults, and was previously called juvenile diabetes.