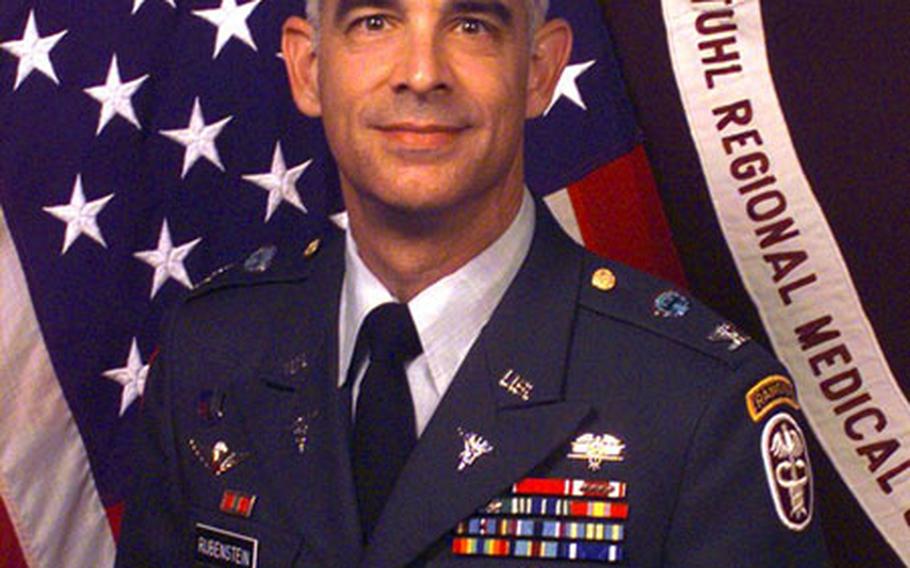 Rubenstein was selected from hundreds of nominees in the federal health care sector, which includes the Department of Defense, the Veterans Administration, and the U.S. Public Health Service, according to a news release issued by the hospital.

Rubenstein was humble about receiving the award, saying he did not expect to be nominated.

Rubenstein was credited with several accomplishments, including leading the Landstuhl center to a score of 93 on its triennial Joint Committee on Accreditation of Healthcare Organizations accreditation survey, the highest score of any Army or Air Force Medical Center at the time.

Rubenstein serves on the Board of Governors of the American College of Healthcare Executives, a professional association for healthcare administrators.

The organization grants an internationally recognized board certification to its members who successfully challenge a rigorous examination and continuing education process. Rubenstein is a board certified healthcare executive and a Fellow in the College.