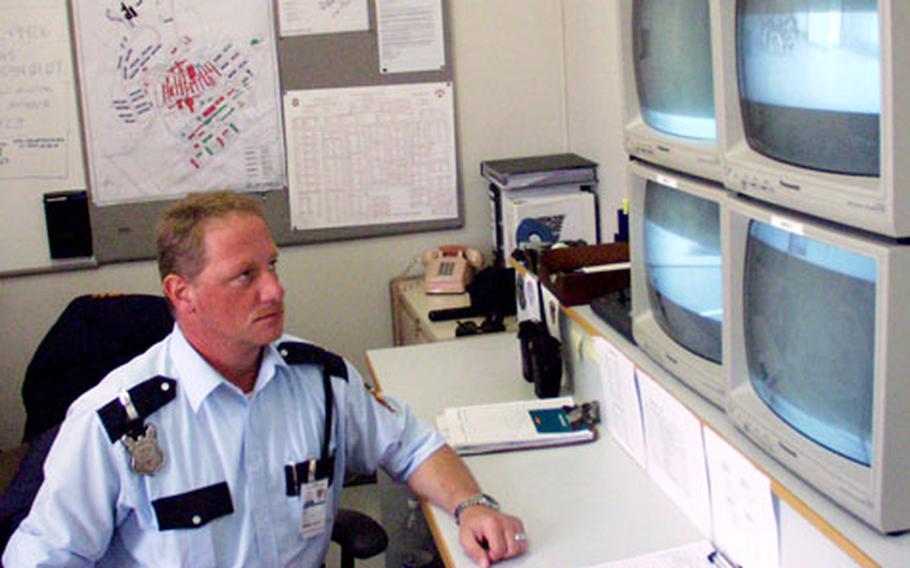 But that&#8217;s not nearly the only reason why the largest American hospital outside of the United States now has German-contract security guards patrolling its halls and grounds 24 hours a day, seven days a week.

&#8220;We decided that it was time for Landstuhl to meet the same standards for safety and security as you see back in the States,&#8221; said Sgt. 1st Class Michael Taylor, noncommissioned officer in charge of security at the hospital.

Most, if not all, stateside hospitals have security guards working inside their facilities to ensure safety. Those hospital guards also make sure the wrong people do not enter unauthorized areas such as operating rooms, emergency rooms and patient rooms.

The security patrols inside Landstuhl will accomplish the same.

As the main U.S. military hospital between war zones and the United States, Landstuhl also gets a few high-profile U.S. troops and civilians wounded downrange.

Hospital staff treated Pfc. Jessica Lynch, the young soldier held by Iraqis for eight days before being rescued by U.S. troops. And they treated Thomas Hamill, the American contractor who escaped from his Iraqi captors last year. The media swarm the hospital grounds for days when such patients arrive. The Pond guards will make sure news crews won&#8217;t roam the facility unaccompanied.

Since the Pond Security Service guards began their patrols on May 19, four reportable incidents have occurred with one involving a combative patient.

A total of three four-guard teams cover Landstuhl throughout the day. One guard monitors a bank of security camera feeds from an office inside the hospital. Two guards patrol inside the facility, and another guard works outside.

Pond is already on contract to secure all Army bases in Germany, and the new service at Landstuhl is being provided at an estimated annual cost of $900,000.

In addition to their security duties, the Pond guards will report illegally parked vehicles to the Landstuhl security office, which will then be able to write a parking ticket or warning.

The Pond guards working inside the hospital are not new to the facility. All have been checking identification cards at the base entry gate for at least a year.

&#8220;We were selected and asked if we would want to do this,&#8221; said Adrian Kulczycki, a Pond Security guard who now works inside.

Now that they are on the job, Kulczycki and fellow guards Werner Stephan and Alexander Langohr spend their shifts patrolling the halls, answering questions and helping people in the hospital.

Overall, reaction inside the hospital has been positive about the added layer of security, they said.

And as an added job bonus, the next time an American pop culture icon visits the wounded, the guards will be waiting.