Land-swap deal for S. Korean THAAD site may be delayed 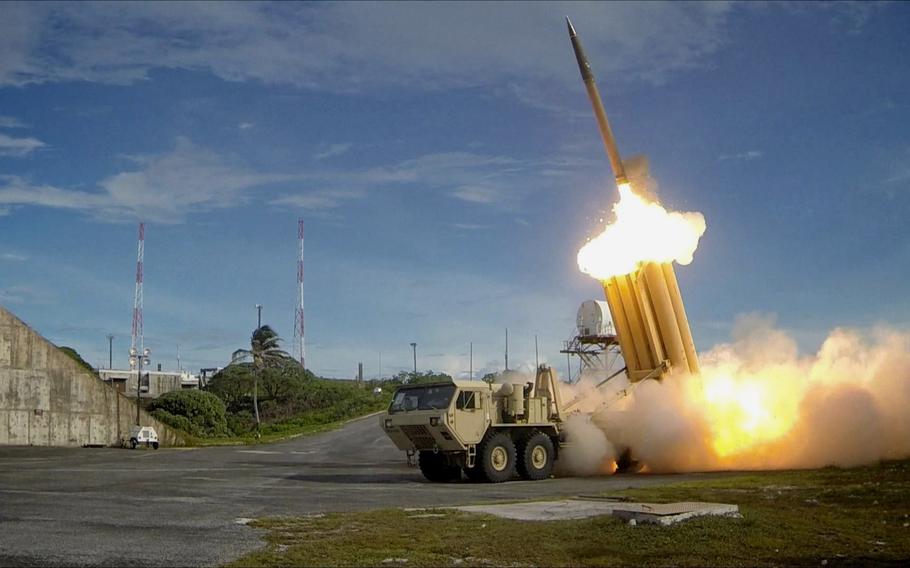 SEOUL, South Korea — Officials may have to delay the signing of a land-swap deal that is needed for the deployment of an advanced U.S. missile defense system to counter the growing threat from North Korea, the defense ministry said Monday.

In November, the ministry reached a tentative agreement with the Lotte Group, one of South Korea’s largest conglomerates, to exchange military land near Seoul for its hilltop golf course in a southeastern area that was selected as the home for the anti-missile battery.

Defense officials had hoped to conclude the deal this month after appraisals of both sites, but a spokesman said the acquisition may be delayed due to administrative reasons on the retailer’s side.

Moon Sang-gyun, the defense ministry spokesman, said the appraisals were conducted last week and the results will eventually be made public.

“But the swap deal originally scheduled to be completed by January has a chance of being pushed back a bit due to the need to follow a set process by Lotte,” Moon told a regular media briefing.

He said that once the administrative work is completed, Lotte’s board of directors must hold a meeting to sign off on the deal.

Officials have said the deal would be adjusted if there was a large gap in value between the Lotte Skyhill Country Club and the military land in Gyeonggi province.

It’s the latest setback in efforts to station a Terminal High Altitude Area Defense system, known as THAAD, on the peninsula. Washington and Seoul agreed on the deployment last summer, but the plan has faced numerous obstacles, including public health concerns and strong diplomatic opposition from China.

The ministry plans to hand over the golf course to U.S. Forces Korea according to the Status of Forces Agreement between the two countries. An environmental impact evaluation is also needed.

Political uncertainties also threaten to complicate the situation. South Korea is facing the possibility of early elections if the constitutional court upholds lawmakers’ decision to impeach President Park Geun-hye over a corruption and influence-peddling scandal.

At least one likely opposition candidate has said the THAAD’s deployment should be delayed until a new administration is in place.

The United States, meanwhile, is awaiting President-elect Donald Trump’s plans for the longstanding alliance with Seoul.

USFK commander Gen. Vincent Brooks has said the THAAD could be deployed as early as June.

North Korean leader Kim Jong Un said in his New Year’s speech that development of an intercontinental ballistic missile, which could reach the U.S. mainland, was in the “final stages.”

China, which believes the THAAD’s powerful radar could compromise its own military and upset the regional security balance, joined forces with Russia against it.

The two countries agreed to take “further countermeasures” in response to the proposed deployment, China’s state news agency Xinhua reported Thursday. It didn’t offer specifics but said the measures would be “aimed at “safeguarding interests of China and Russia and the strategic balance in the region.”