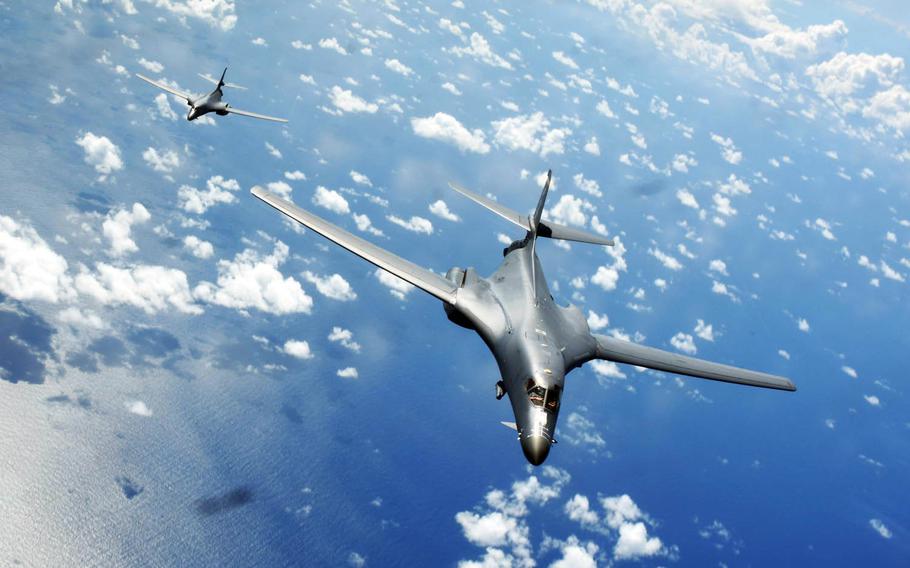 The 10-hour operation between the Guam-based B-1B Lancers and the San Diego-based USS Sterett was designed to refine joint tactics and procedures between the services and “increase confidence in their ability to fight together,” said Lt. Col. Lori Hodge, Pacific Air Forces spokeswoman.

The mission, part of Pacific Command’s continuous bomber presence program, was “not related to any specific situation or nation,” said Hodge, who declined to say in what part of the South China Sea the training took place.

Since 2015, the Navy has conducted freedom-of-navigation operations in the South China Sea near the Spratly Islands, where China has constructed and militarized artificial islands. China is among several nations in a dispute over sovereignty of the Spratlys.

The Navy’s operations, which sail ships close to the disputed islands, are done to underscore the United States’ position that the area — where $5 trillion in global trade transits each year — is in international waters.

The USS Dewey, also homeported in San Diego, passed near Mischief Reef on May 24.

The Sterett was preparing to leave Changi Naval Base in Singapore a week ago, according to Navy statements.

The bombers are among a squadron that deployed to Andersen Air Force Base, Guam, in February from Dyess Air Force Base, Texas. They are assigned to the 9th Expeditionary Bomber Squadron.