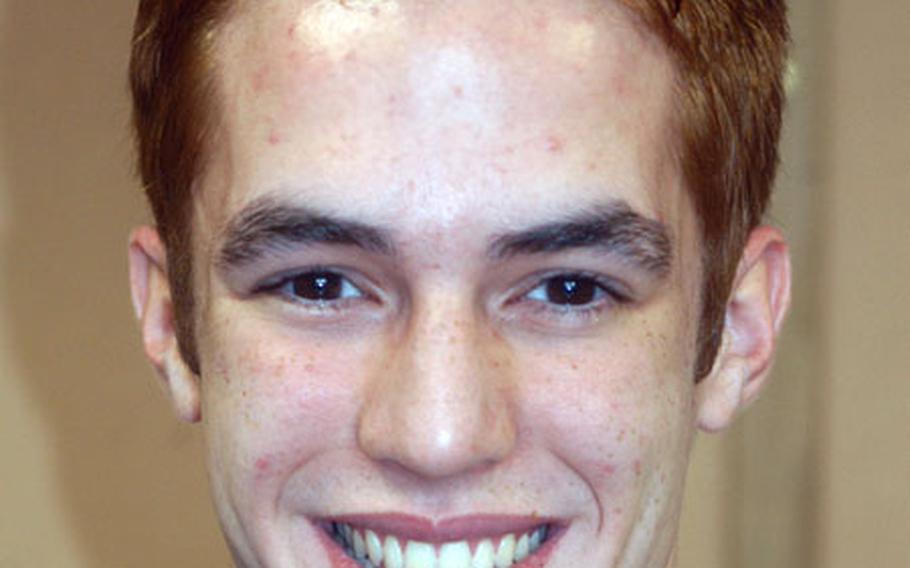 RAF LAKENHEATH, England &#8212; A representative to the U.S. Senate Youth Program for Department of Defense Dependent Schools is a poster child for the school system.

Mark Norsworthy, 17, a senior at Lakenheath High School, has lived his entire life in Europe, moving to England two years ago after nearly 16 years in Germany, where he was born and where he attended school at Ramstein Air Base.

The son of Chief Master Sgt. Michael and Karen Norsworthy, he credits his overseas education with his most recent achievement and those that have come before. In fact, that&#8217;s why his family moved to England. &#8220;We had a choice of coming here or going to the States,&#8221; he said. &#8220;One of the reasons we came here was I would still be in DODDS.&#8221;

The Senate Youth Program, sponsored by the William Randolph Hearst Foundation, invites two students from each state and DODDS to spend one week getting an inside look at the American government.

Joining Norsworthy in the nation&#8217;s capital will be Brienna Carroll of Pusan American High School in South Korea, the other representative from DODDS. They will be in Washington, D.C., from Feb. 26 to March 5.

For Norsworthy, the honor is simply the latest in a long list of achievements. He was one of 70 American high school students to be selected last year for the Research Science Institute at the Massachusetts Institute of Technology.

He has been active in Model United Nations since his freshman year and recently has passed the first hurdle in the Presidential Scholars Program.

His score on the Scholastic Aptitude Test was a perfect 1,600.

Alternates for the Senate Youth Program from DODDS are Carlos Sanchez from Ansbach High School and Brian Mueller from Heidelberg High School, both in Germany.