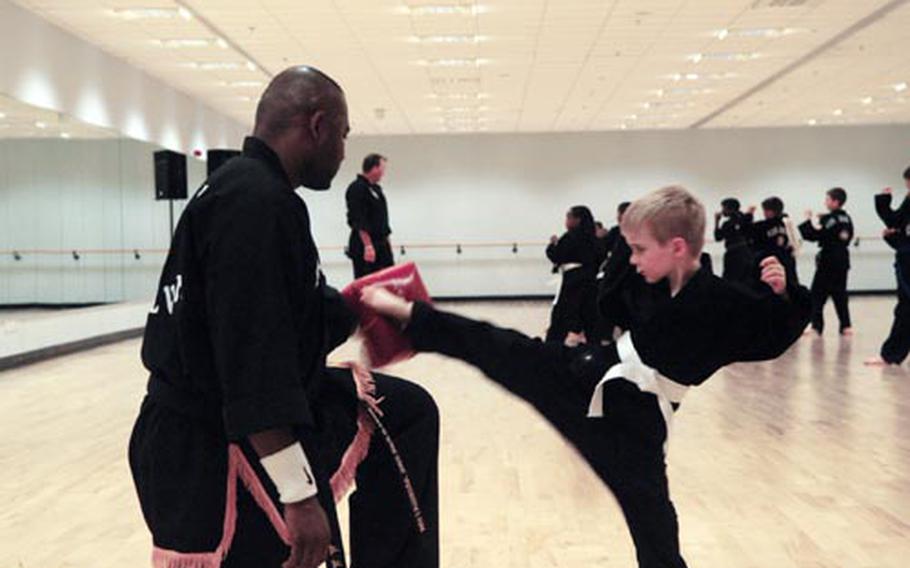 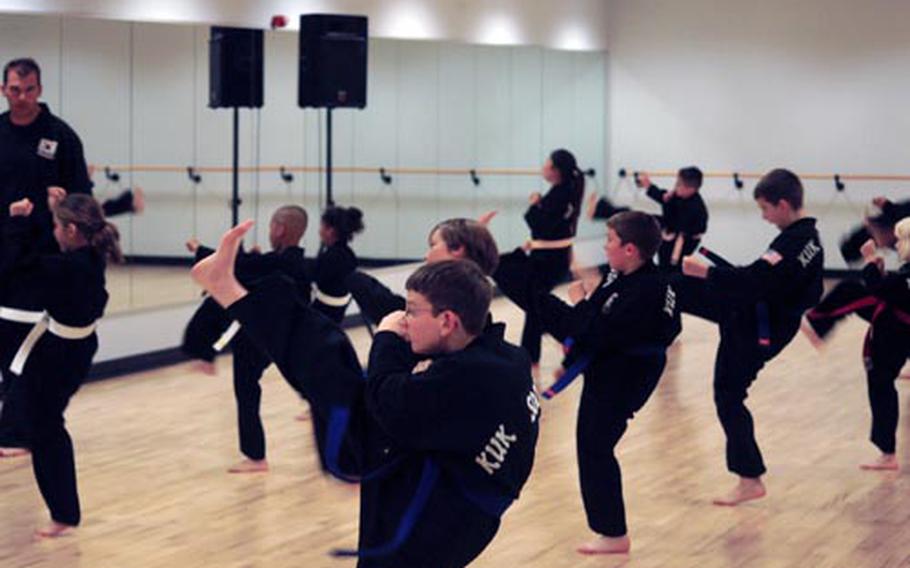 Is the second time around just as good if you were also a winner the first time?

That&#8217;s the enviable situation members of the Lakenheath Kuk Sool Won team face these days. They recently captured the team title for practitioners of the Korean martial art for the second year in a row during a Europewide tournament.

Over Memorial Day weekend, the team went to nearby King&#8217;s Lynn and bested a bevy of other teams that often outnumbered Lakenheath&#8217;s squad of about 45 adults and kids.

Competitors competed in a variety of individual contests, gaining points when placing in the top four. Add up all those points, and Lakenheath team had more than all the rest. Again.

The win at such an event was particularly good for the younger students, some as young as 5, Master Instructor Darren Hart said.

But some of the kids who helped the Lakenheath team dominate were very mature in their take on competing in front of so many people.

"I was nervous at first," said Josie Wright, a "7-year-old student. "When you get nervous you have to carry on and have fun."

In addition to fun, Kuk Sool Won is a martial art that promotes self-discipline and self-control, and has physical fitness benefits, Sgt. Dave Brewster said.

"For the Air Force&#8217;s part, if anybody fails physical fitness, they send them to Master Darren," Brewster said.

Jo Robbins, whose husband is stationed in England, dominated at the competition. She said she originally started training in Kuk Sool Won because"it was the only class available Friday nights.

Now, she&#8217;s grown to enjoy the discipline and the variety of ways to compete, including forms and weapons demonstrations.

"I would say bring determination and a sense of humor," she said of the classes.

While she is part of a team, Robbins said learning a martial art is also a personal experience, Robbins said.

"The only person you compete against is yourself," she said.