Lakenheath teacher's Schipperkes competing to be top dog at Crufts 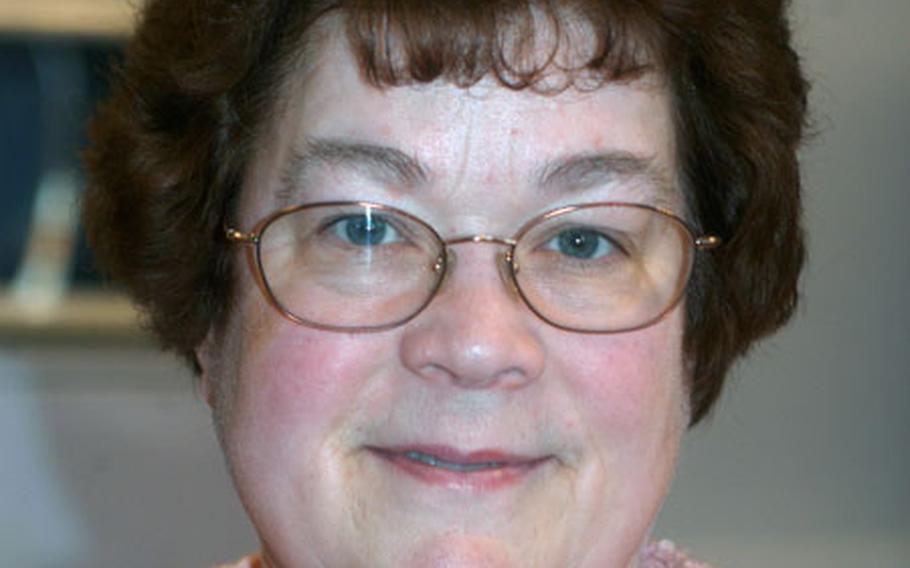 Mary Deats, a music resource specialist at Lakenheath Elementary School, will take two of her dogs to compete in Crufts. (Ron Jensen / S&S)

Mary Deats, a music resource specialist at Lakenheath Elementary School, will take two of her dogs to compete in Crufts. (Ron Jensen / S&S) Kiri, a registered Schipperke belonging to Mary Deats, will be competing next month in the world’s largest dog show, sponsored by the Kennel Club at Birmingham, England. (Courtesy of Les Denam)

RAF LAKENHEATH, England &#8212; Two of the 23,000 canines competing to be top dog at one of the world&#8217;s premier shows next month belongs to the music resource specialist at Lakenheath Elementary School.

Kiri and Nemo, two Schipperkes raised by Mary Deats, will be at the 115th annual edition of Crufts. The show, held in Birmingham, England, is sponsored by the Kennel Club and officially recognized by the Guinness Book of Records as the world&#8217;s largest dog show.

Deats, in her 31st year as a teacher with the Department of Defense Dependents Schools, all of them in England, has been showing dogs off and on at the show for 25 years. Her dogs have won the best of breed competition &#8220;quite a few times,&#8221; she said in a recent interview.

Sara Ward, a press spokeswoman, said the competition, named for Charles Crufts, who organized the first one 115 years ago, is not open to just anyone with a canine.

Competitors must have proved their mettle at other championship dog shows, including 36 in England, she said. Participants will come from 26 countries, including the United States.

The show is a big spectator event. Ward said 12,000 people would show up during the March 10-13 competition.

Deats said her mother showed dogs and she picked up the hobby when she arrived in England and attended the Crufts show in 1976.

She settled on the Schipperke &#8212; pronounced SKIP-er-kee &#8212; a small, highly intelligent dog with a face like a fox. The breed comes from Belgium, where it was commonly found accompanying boatmen on the country&#8217;s canals.

Deats has become somewhat of an expert on the breed. She writes a column on Schipperkes for Dog World, an international magazine.

And she has made a name for herself by judging a variety of breeds at dog shows in several countries. She explained what judges look for while watching the dogs put through their paces.

That&#8217;s why dogs from different breeds can compete against one another for best of show, she said. The judge is evaluating each animal against the standard of its own breed.

Deats said her involvement in the world of dog shows has given her a life and segment of friends beyond the walls of the schoolhouse. But, she said, it is really the animals that appeal to her.