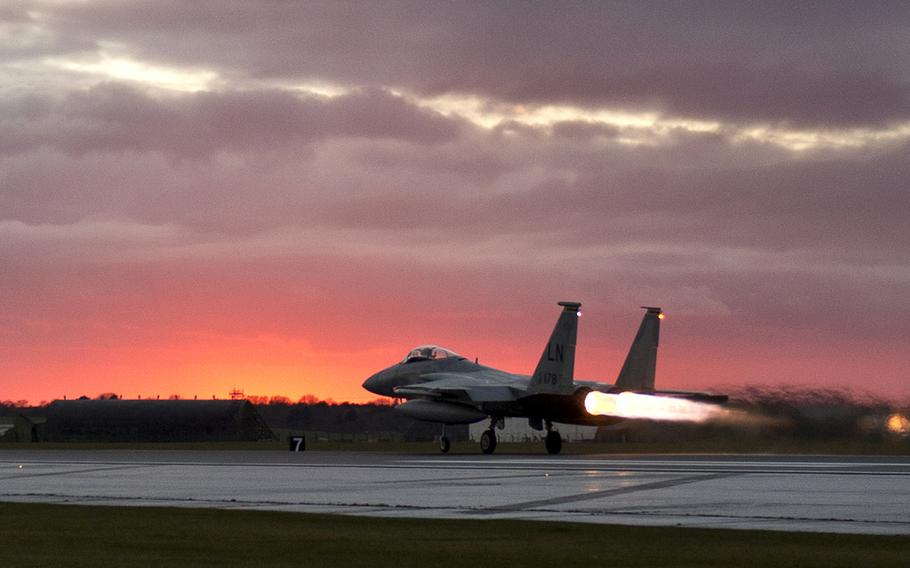 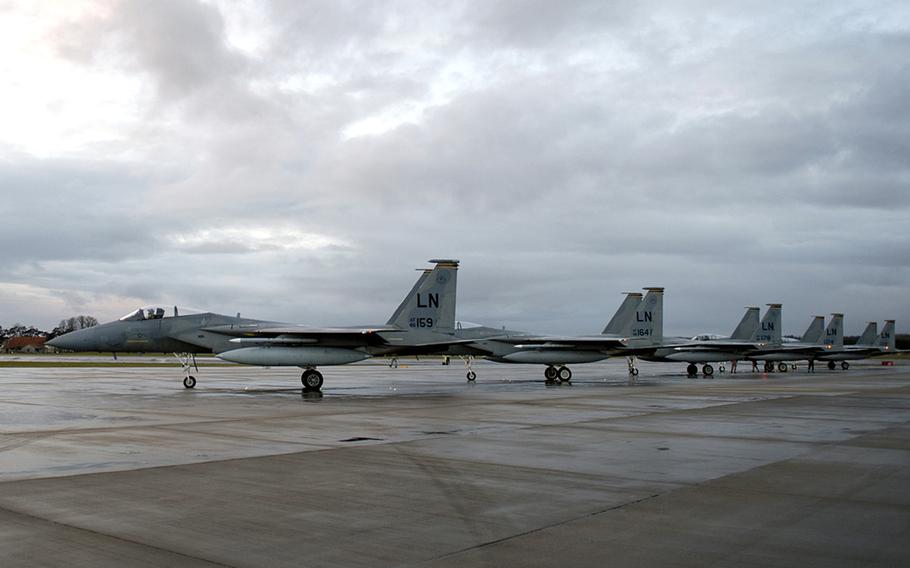 If you’re a fighter pilot who loves to fly, there’s probably no better training assignment than RAF Lakenheath at the moment.

The training is testing their limits “so they are ready at a moment’s notice,” base officials said.

Squadrons are flying up to 54 sorties per day, instead of the typical 14 sorties each. For pilots, that means up to three a day.

“Your typical pilot may get between nine and 12 sorties a week, and, on average, that’s how many pilots get in a month,” Lt. Col. Jason Zumwalt, 493rd Fighter Squadron director of operations, said in a statement.

Base officials at Lakenheath would not say whether a specific future deployment or expected tasking was driving the huge uptick in training.

But the wing’s jets — mostly F-15E Strike Eagles and F-15C Eagles — have been far from idle in the past few months, playing a role in the U.S.-led fight against the Islamic State in several hot spots across the Middle East.

Late last year, a dozen fighters from the 48th Fighter Wing deployed for just over a month to Incirlik Air Base to protect Turkish airspace and conduct strikes against Islamic State targets in neighboring Syria and Iraq.

Zumwalt said the surge in flying at Lakenheath allows pilots to practice difficult maneuvers with precision.

“We are exercising the ability to fly a massive amount of sorties in a short amount of time, and preparing our pilots for operations that are outside the norm,” he said.

To maximize flying time, pilots, after returning from a sortie, remain in the jet while it’s refueled, a practice known as hot pit refueling.

“It’s a great experience for the pilot to stay in the jet, get refueled and do it again,” Zumwalt said. “The sorties are exhausting, and this training pushes pilots further, testing their limits, so they are ready at a moment’s notice and can successfully accomplish the mission.”

Lakenheath said in a statement that the base populace and surrounding communities can expect to hear more jets in the sky during the coming weeks.