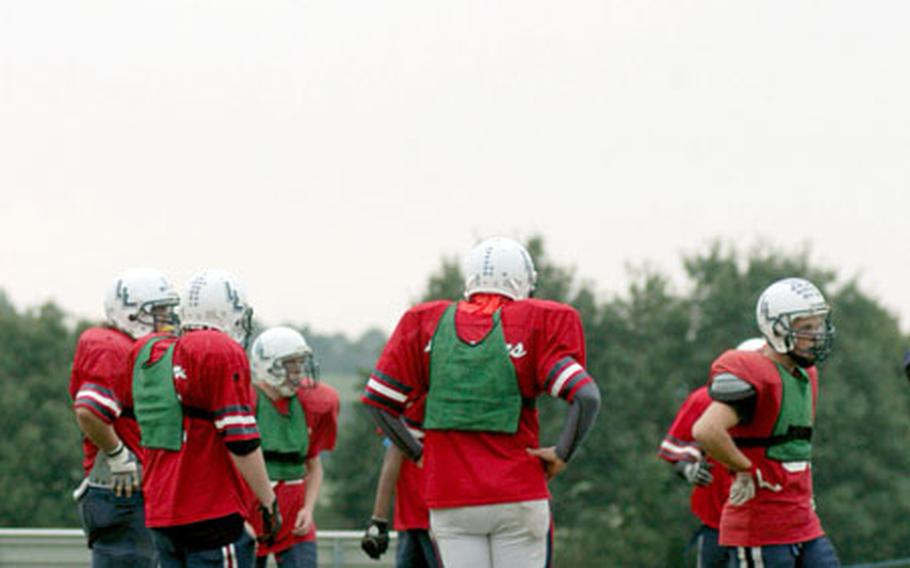 An F-15 fighter jet screams overhead as the Lakenheath defense prepares for a drill during a practice last week before the team’s game against Kaiserslautern. (Sean Kimmons / S&S)

An F-15 fighter jet screams overhead as the Lakenheath defense prepares for a drill during a practice last week before the team’s game against Kaiserslautern. (Sean Kimmons / S&S) 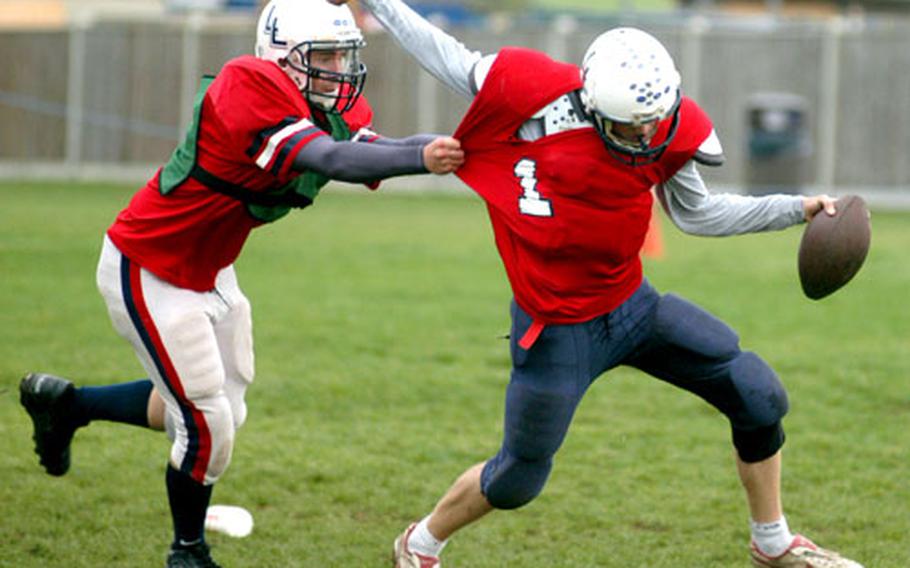 RAF LAKENHEATH &#8212; The seniors on the Lakenheath High School football team have never gotten a taste of postseason play in a Lancers uniform. This year, it may be different as they fight for the last Division I conference playoff spot.

The only thing standing in their way is the undefeated powerhouse Ramstein from Germany and an upset in the Kaiserslautern-Wiesbaden game this Saturday.

It may be a slim chance for the Lancers, but there&#8217;s still a chance.

A playoff spot almost became a reality for Lakenheath (2-3) last Saturday when it was leading host Kaiserslautern (2-3) 14-12 going into the fourth quarter. K-town had other plans and won the game 27-14 behind Andrez Brewster, who threw for two touchdowns and rushed for another.

If that wasn&#8217;t enough, Lakenheath&#8217;s starting quarterback Ben Green had to leave the game with a foot injury. Starting linebacker Wes Kleniec stepped in and went 8-for-12 for 171 yards passing with a couple of touchdown passes to Carl Snapp, who finished with four receptions for 102 yards receiving.

Kleniec also maintained his defensive duties and had at least 10 tackles, Hacker said. The other starting linebacker Dave McBride had 12.

Green is believed to have suffered a bruised toe bone in the game and he may be able to play this Saturday, Hacker said.

Hacker blames the loss to K-town on his team&#8217;s numerous penalties and turnovers, which is something that he wants to change in their next game.

Even without a playoff appearance, Lakenheath&#8217;s season has been successful. In the past two years, the Lancers have a 2-10 combined record. The current team already has racked up two wins when it beat Wiesbaden 16-7 and SHAPE 17-0 earlier in the season.

Lakenheath&#8217;s latest accomplishment doesn&#8217;t stem from just one or two studs on the team either, but from a team effort, Hacker said.

The entire team will have to give its all and then some when Ramstein, who just captured the Division I conference title after pounding Patch 41-20 last Saturday, comes rolling into town.

Cross countryResults from the races held at Hinchingbrooke Park in Huntingdon on Oct. 14: