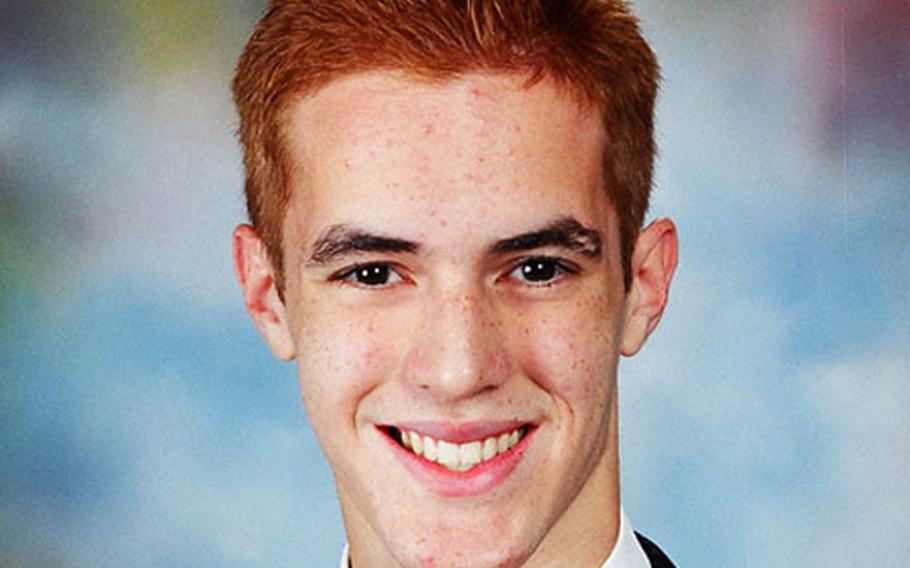 Mark Norsworthy, a senior at Lakenheath High School at RAF Lakenheath, England, has been named one of approximately 550 semifinalists in the 2005 Presidential Scholars Program. (Courtesy to Stripes)

RAF MILDENHALL, England &#8212; Mark Norsworthy, a senior at Lakenheath High School at RAF Lakenheath has been named one of about 550 semifinalists in the 2005 Presidential Scholars Program.

The semifinalists were selected from more than 2,700 candidates on the basis of superior achievements, leadership qualities, personal character and involvement in community and school activities, according to a release from the program.

Norsworthy was selected based on his SAT and ACT scores. He received a 1600 and 35 respectively. Further selection is based on personal information provided by each semifinalist, Norsworthy said.

Final selection will be made in early May by the Commission on Presidential Scholars, a group of eminent citizens appointed by the president.

The commission will select one boy and one girl from each of the 50 states, the District of Columbia, Puerto Rico and from students living abroad.

In addition, 20 students representing visual, literary and performing arts will be selected, along with 15 at-large students.

Scholars will be invited to Washington for several days in the second half of June to receive the Presidential Scholars medallion at a recognition ceremony and to participate in various activities and events in their honor.