Lakenheath's Billington looks toward a bright future in triathlon 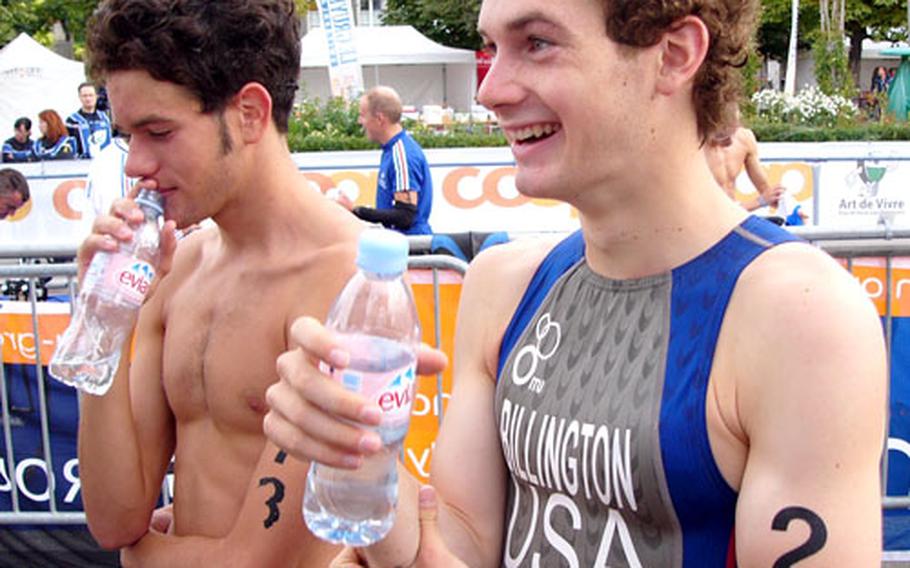 The top student and disciplined athlete delivered his assessment while cooling down Saturday after placing 42nd among 93 finishers from around the globe in the 2006 World Juniors Triathlon.

A member of the U.S. national junior team, Billington finished 2 minutes, 55 seconds behind the winner, Alistair Brownlee of Great Britain.

But Billington received even more encouragement for his budding triathlon career than just placing in the top half of the world&#8217;s best juniors.

Three days earlier, Billington won the juniors world championship in the Aquathon, a combination 1K swim and 5K run, by a whopping 1:13 over runner-up Eder Meija of Mexico. Billington clocked 28:13 in the event, which combined his two strongest events in the endurance-testing triathlon.

It was just 14 seconds slower than the time posted by the elite men&#8217;s Aquathon champion.

Billington&#8217;s success in the 2006 triathlon season has to be a momentum-maker. The youngest of the racers here in the 16- to 19-year-old juniors category, Billington qualified for last week&#8217;s races by finishing second in the U.S. Junior Elite championship in August at Bridgeport, Conn.

He has two seasons left at the juniors level, and U.S. coach Scott Schnitzspan is intrigued by the possibilities.

The lengthy gap between Saturday and &#8220;next summer&#8221; underscores the isolation of even world-class triathletes.

Billington, a member of British running and swimming clubs, is covered on that score.

&#8220;I get a lot of help from my British coaches,&#8221; he said, adding that the dietary demands of his sport are well-met by his mother.

And the national coaching staff is just a mouse-click away, too.

For his part, Billington, who trains 20 hours a week, plans to stay wired to his sport.