Dr. Jannett Klinke, principal at Lakenheath Middle School at RAF Feltwell, overcame a learning disability to become, among other things, the 2004 Department of Defense Education Activity Principal of the Year. (Charlie Coon / S&S)

Dr. Jannett Klinke, principal at Lakenheath Middle School at RAF Feltwell, overcame a learning disability to become, among other things, the 2004 Department of Defense Education Activity Principal of the Year. (Charlie Coon / S&S) 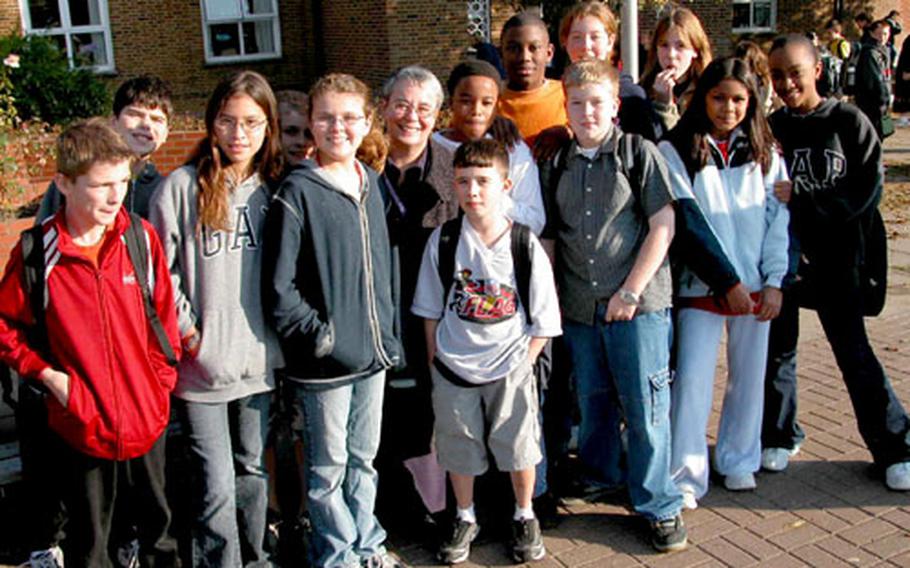 RAF FELTWELL, England &#8212; Jannett Klinke was a troubled student when she was growing up in Great Falls, Mont.

It wasn&#8217;t that she was a bad girl or bad student. Klinke had a word-retrieval problem. She couldn&#8217;t remember words or names like other kids could.

&#8220;When I learned to read, reading was extremely difficult for me,&#8221; said Klinke, principal of Lakenheath Middle School. &#8220;My mother would read the books ahead of me, then pick out sections of the book and go over it with me.&#8221;

Klinke said she developed tricks to work around the problem. She overcame her disability to earn advanced degrees in college. She became a special education teacher in 1984.

Nineteen years later, Klinke has been selected as the 2003 National Principal of the Year for the Department of Defense Education Activity, the organization that oversees Defense Department schools worldwide.

She is being honored during this week&#8217;s Department of Defense Dependents Schools&#8217; principal conference in Wiesbaden, Germany, along with Russ Claus of Darmstadt Elementary, Germany, and Noni Hoag, Klinke&#8217;s assistant principal at Lakenheath Middle School. Claus is one of two DODEA elementary school principals for 2003, and Hoag is its assistant principal for 2003.

Both Klinke and Claus will also be recognized with other winners from the 50 states and the District of Columbia at receptions in Washington, D.C., next month.

Lakenheath Middle School has 14 buildings spread about at RAF Feltwell. It serves a wide area &#8212; west to Cambridge, south to Bury St. Edmunds. More than 90 percent take buses to school.

When kids are becoming teenagers, she said, they are growing more physically and socially than at any time except for infancy. Those changes can be tough to corral. Hormones are bursting. Boys are trying to figure out girls, and girls are trying to make sense of boys.

&#8220;We try to look at [discipline] as a learning opportunity for a student where they can learn, analyze and change,&#8221; Klinke said. &#8220;Hopefully they&#8217;ll come out learning a little more about themselves and the situation.

Klinke said her staff of about 60 teachers, administrators and assistants &#8212; including Hoag &#8212; have accepted greater leadership roles, which filters down to the students.

But Klinke does not look at the current set-up &#8212; old, separated buildings &#8212; as a handicap. For the kids it has a feel of a college campus.

It&#8217;s energizing, Klinke said, for the students to get outside for a few minutes and walk to a different class after finishing 70 minutes in the previous one.

It works for her, too.