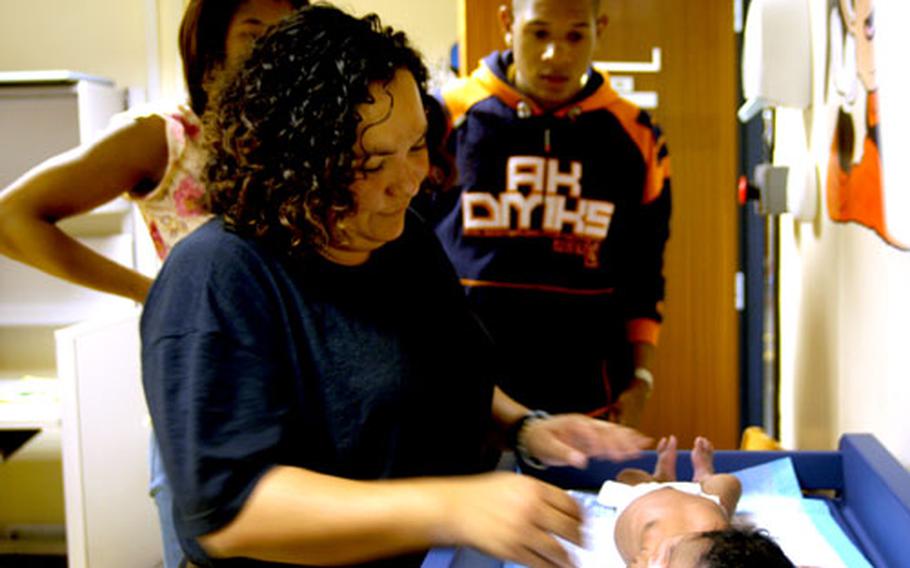 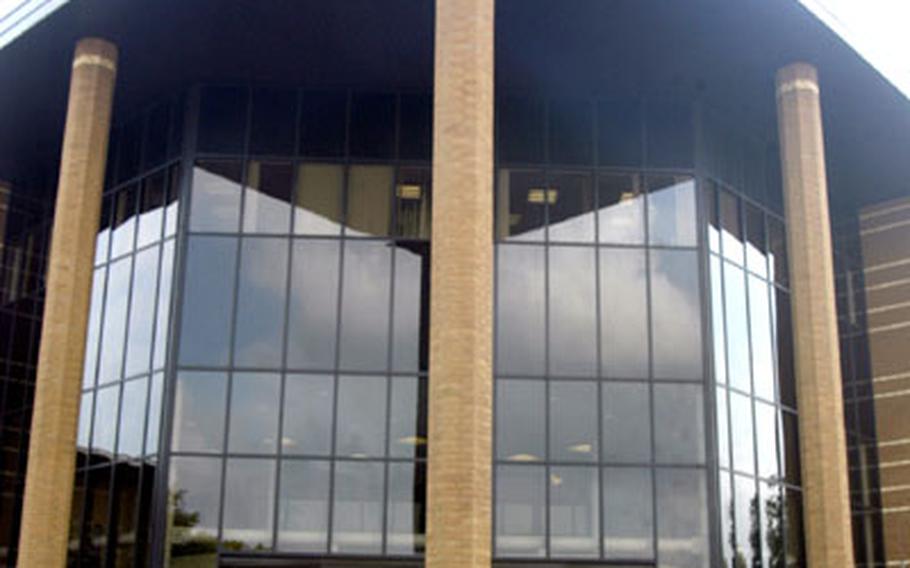 The atrium entrance of the Lakenheath hospital. (Ben Murray / S&S)

On Friday, the U.S. military&#8217;s largest medical facility in the United Kingdom was scheduled to improve access by re-opening appointments for all beneficiaries, including &#8220;pay&#8221; patients such as local schoolteachers and contract workers, said Col. Matt Wicklund, commander of the 48th Medical Support Squadron.

The hospital has labored under a confluence of circumstances since the summer that reduced staff numbers and cut the number of patients it could see on a daily basis. In July the shortages got so pressing that the medical center stopped taking many appointments from its lowest-priority patients &#8212; those seen on a space-available basis such as retirees and schoolteachers &#8212; and referred them to British practitioners.

The staff shortages began when the base went through its regular summer rotation of doctors and medical staff to and from other duty stations.

The process annually puts a strain on staff, but this year Lakenheath had a second issue to contend with: a major downrange deployment of airmen that hit the hospital in two ways, Wicklund said.

First, the facility had to clear about 800 airmen for deployment, which shouldered out lower-priority patients. Also, doctors and other hospital staff went on deployments of their own, further cutting the number of appointments available.

In addition, the hospital in August began a six-week-long implementation of the new Department of Defense-wide electronic records-keeping system, which caused appointments to take longer.

With all that combined, the medical center dropped its average number of appointments from up to about 12,000 a month to about 9,000 a month, and Wicklund estimates that access was decreased by about 10 to 15 percent.

Cuts in family practice staff were significant because that clinic acts as a bottleneck in front of specialist care. The dermatology clinic, for instance, won&#8217;t schedule a pay patient for an appointment without a referral from family practice, which, since July, hasn&#8217;t accepted appointments from some lowest-tier patients.

To fill the gaps, some care providers were moved into family practice, medical contractors were hired and temporary replacements from other U.S. Air Forces in Europe hospitals were requested, Wicklund said.

Still, hospital officials spread the word in local base publications that access to care would be restricted until late January, when 48th Fighter Wing forces begin returning to England. Wicklund said information about access improvements could not be announced until replacements had been confirmed.

But in the meantime, the low staffing numbers &#8212; along with complications such as construction at the hospital and a faulty telephone system &#8212; helped tarnish the facility&#8217;s reputation recently in some patients&#8217; eyes.

&#8220;They just take forever to do anything around here,&#8221; said one senior airman, who asked not to be identified. Trying to get an appointment is a struggle, and wait times are extensive once you do get in, he said.

Other airmen and dependents said the last few months have not seemed significantly different than previous times.

Senior Airman Nicholas Schaffer from the 48th Communications Squadron said he has been through some long wait times, but hasn&#8217;t noticed a big difference in access lately.