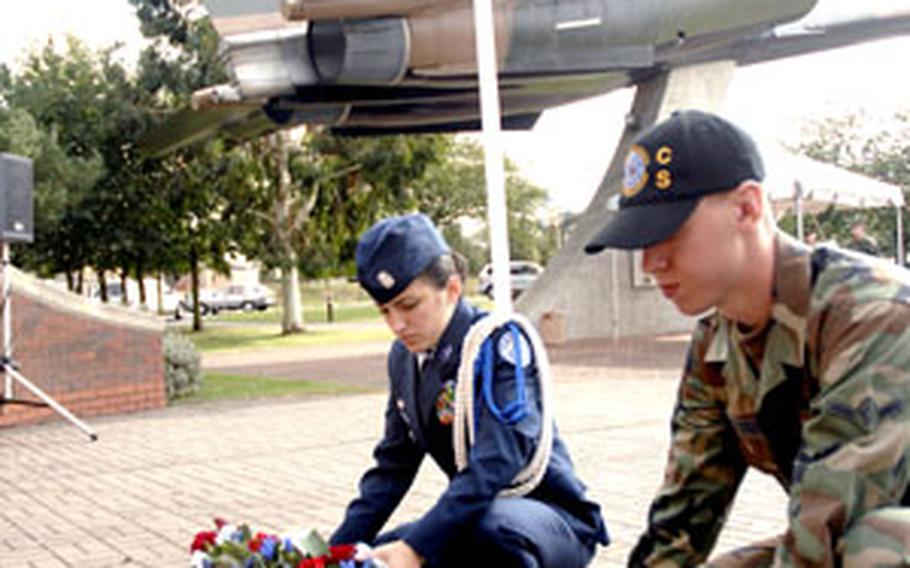 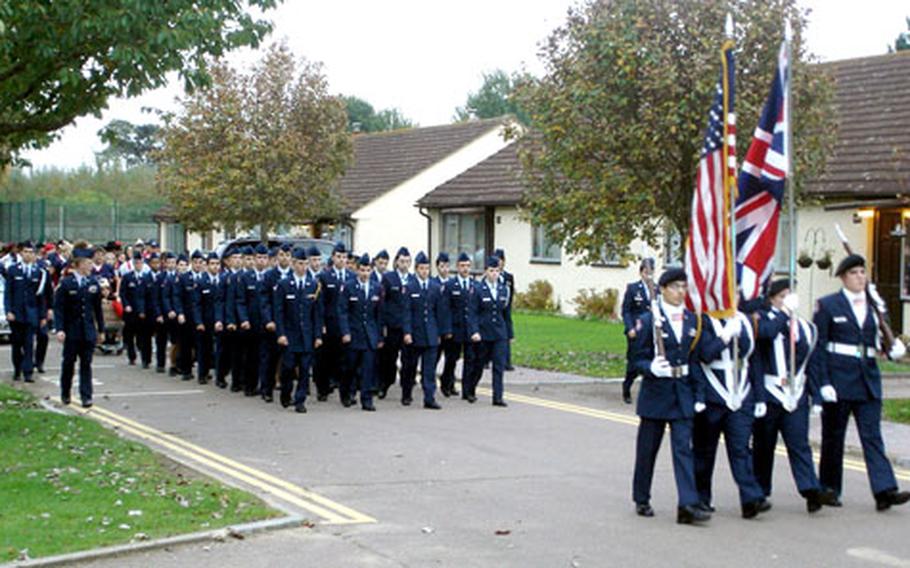 For Tatiana Downey, a senior cadet, the group&#8217;s contributions to the 60th Anniversary Air Force Ball held here stood out among the unit&#8217;s activities.

Her twin sister, Brianna, also a senior cadet, called the POW/MIA remembrance ceremony the most &#8220;thoughtful&#8221; project that the unit participated in.

On Friday, the unit received word that it had earned the 2007-08 Air Force distinguished unit award with merit, given to only 82 AFJROTC units out of 879 at American high schools across the United States, Europe, the Pacific and Puerto Rico.

The JROTC unit at RAF Alconbury is the only other unit in DODDS-Europe to receive the Air Force distinguished unit award with merit, according Oscar Davis, a retired chief master sergeant who helps oversee RAF Lakenheath&#8217;s JROTC unit.

Mark Fry, a retired Air Force colonel who oversees Lakenheath&#8217;s JROTC program, estimates that it has been at least 10 years since a unit here received the prestigious award.

With the award season wrapped up, cadets will now focus on preparing the next generation.

Elliott and Allison are both four-year cadets at Lakenheath. Allison said he&#8217;s seen the students, including himself, progress during his tenure.

He hopes the things he has learned at the unit will be useful in life after high school.