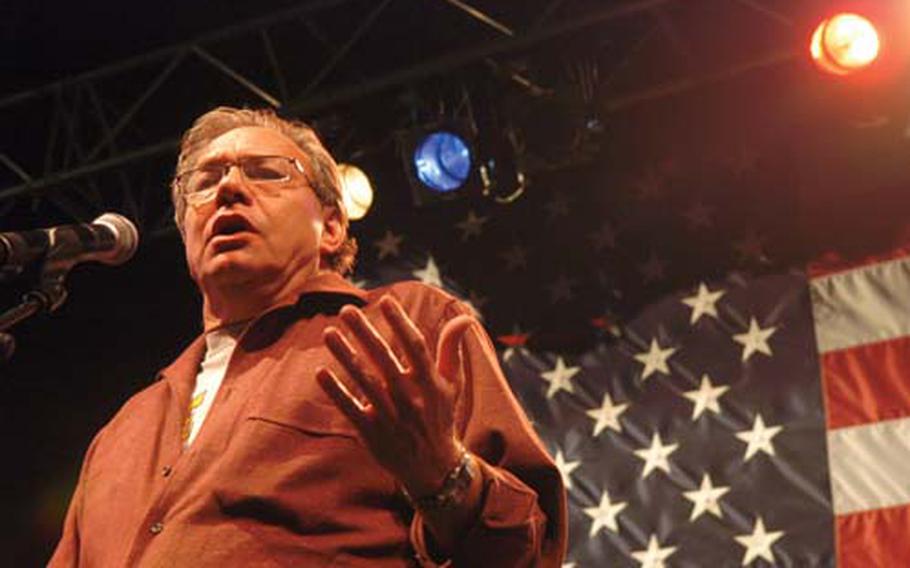 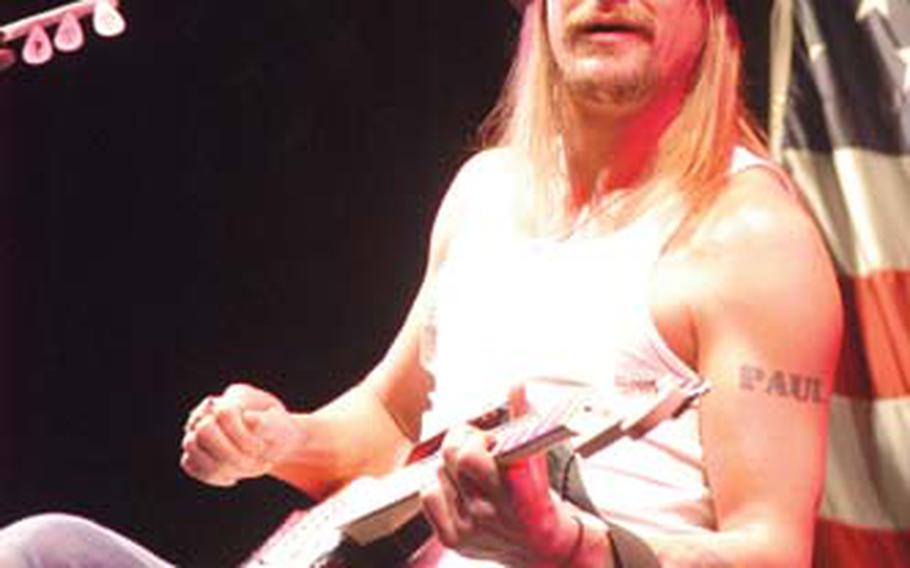 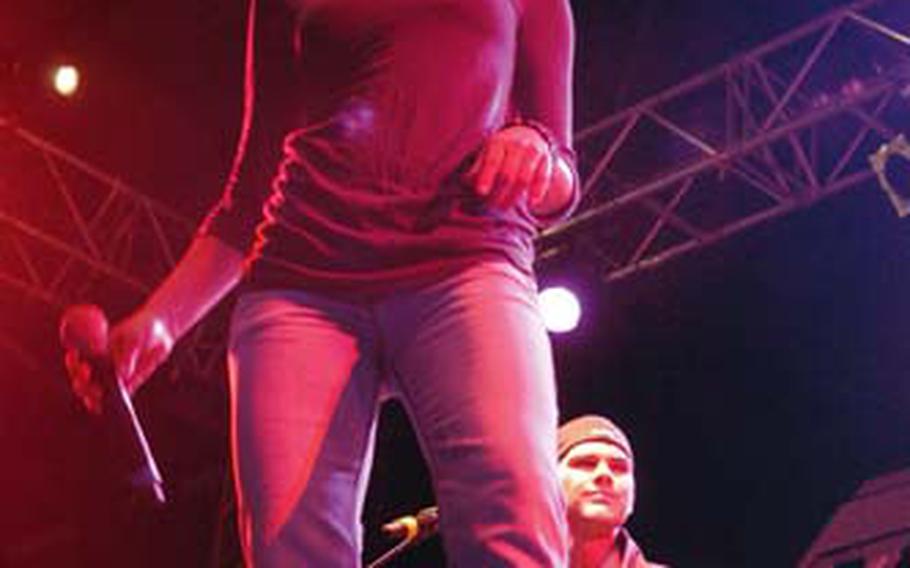 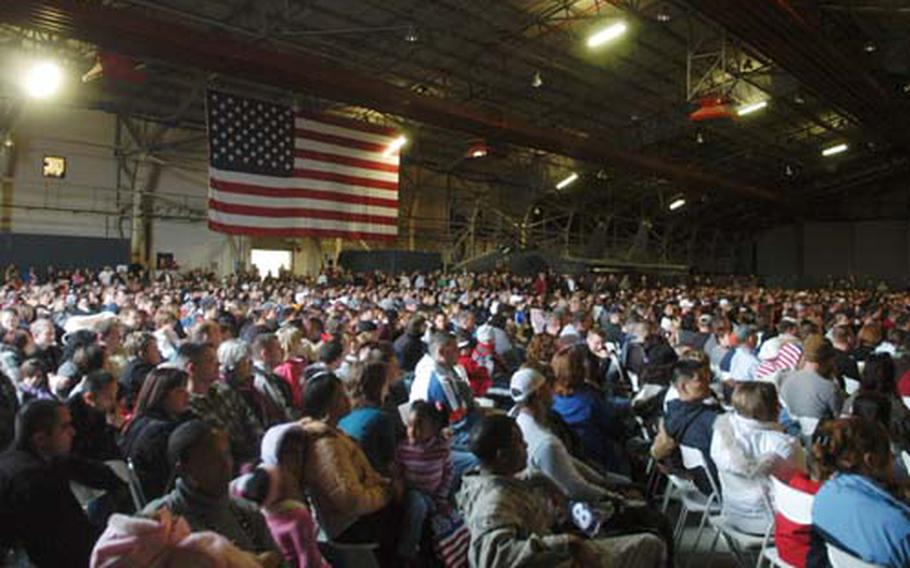 whole slew of folks from the Air Force community in England crammed into Hangar 7 here Saturday as the United Service Organizations&#8217; holiday tour of laughs and music touched down for the day.

The show, featuring Kid Rock, comedian Lewis Black and others, has been hitting bases across Europe and downrange in the past few weeks.

"Sorry if I sound like a drag queen," said country songstress Kellie Pickler, who is somehow even more beautiful than her pictures suggest. "It&#8217;s been a crazy week."

Pickler didn&#8217;t disappoint, winning over the crowd with her delicate, passionate voice and songs like "Red High Heels."

Black, a regular contributor on "The Daily Show with Jon Stewart" and performer at many events for the troops, regaled the crowd about the awkward moments he had wearing Kevlar and body armor downrange and the difficulties of moving in such gear.

"Then they handed me an M4 and I fell over," he said in his awesomely indignant style.

Black also gave the audience his thoughts on the fact that the Christmas season seems to start earlier every year.

"When I was a kid, Halloween was Halloween and Santa wasn&#8217;t poking his nose in it!" he said to a roaring crowd.

Black didn&#8217;t stop there, saying that, growing up Jewish, he was confounded by all the presents his friends received at Christmas and that Hanukkah seemed like a crafts fair in comparison.

While thanking the assembled troops and their families for their service, and pointing out how they don&#8217;t get paid enough, he said their work is the envy of some back home, where everyone is in the throes of all types of economic crud.

"Right now there are a lot of Americans that want what you have," he said. "A steady salary and health care!"

Perhaps the most unexpected guest of the afternoon was Tichina Arnold, best known as the neighbor Pam on the &#8217;90s TV show "Martin." The crowd seemed to love it as she belted out stirring renditions of "Wind Beneath my Wings" and "Amazing Grace."

But the audience really went wild for Kid Rock, the headliner who played a cool acoustic set.

Capt. Curt Dougherty of Lakenheath&#8217;s 492nd Fighter Squadron said he came out Saturday to see Kid Rock, and that he has enjoyed USO shows in the past when deployed to Qatar and Afghanistan.