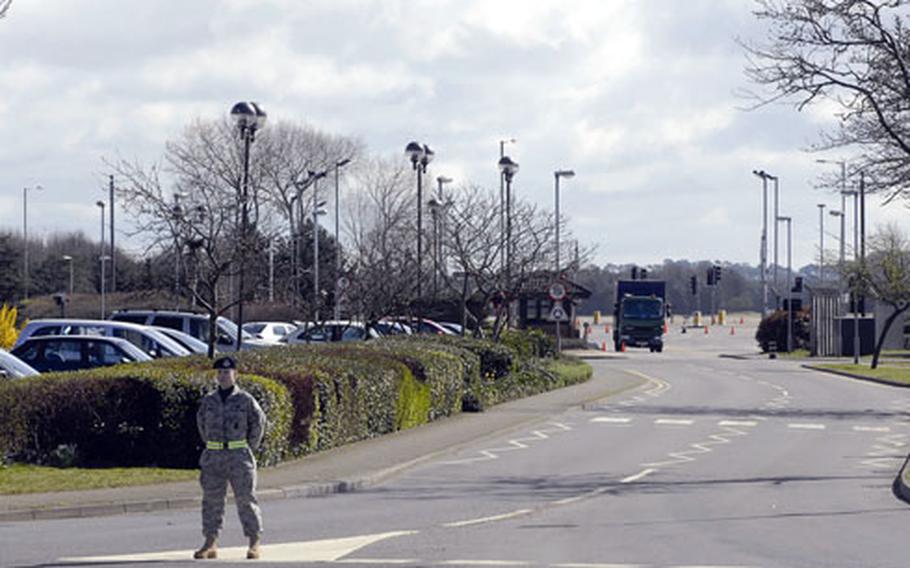 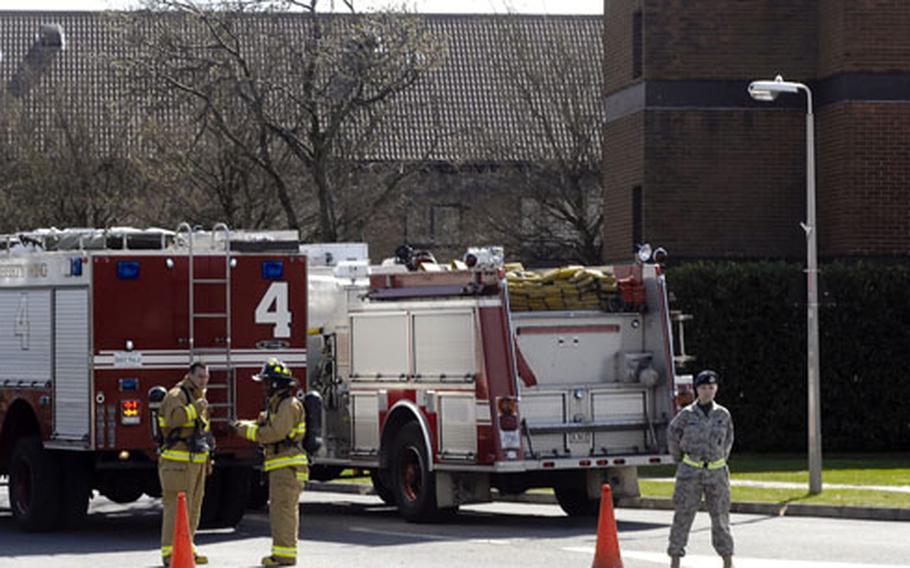 A 48th Security Forces Squadron airman stands guard at Gate 1 of RAF Lakenheath, England, during a bomb scare Wednesday as firefighters put on gear to assist with the investigation. () 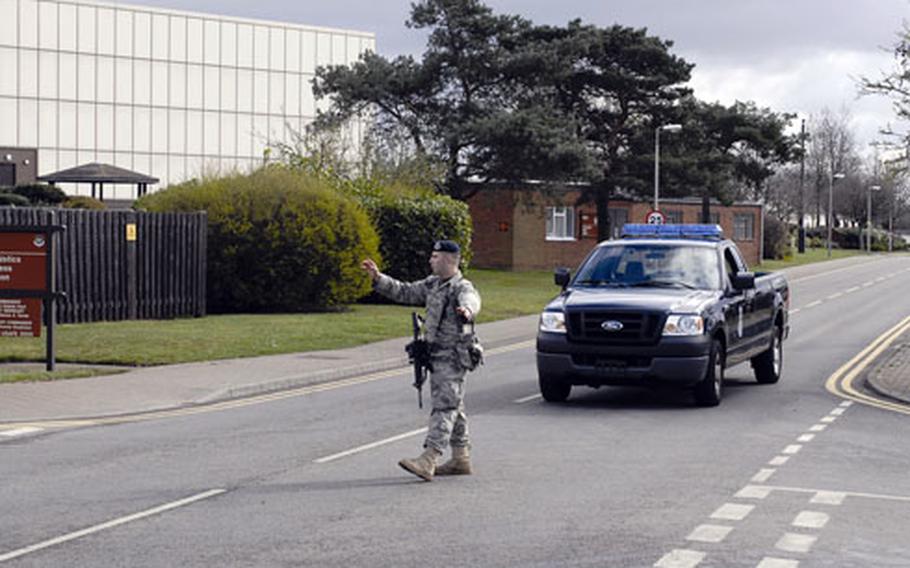 An airman directs traffic during the scare. Several nearby buildings, including the commissary, were evacuated as a precaution. The commissary parking lot and other parts of the base were also blocked off. ()

A bomb disposal team from the British army arrived at the scene shortly after base police stopped a commercial vehicle about 8:30 a.m.

Authorities shut the gate, closed the road outside the gate and evacuated buildings close to the scene while explosive experts examined the package. It was later deemed inert, said Steve Partridge, spokesman for the Ministry of Defence police. Details of the package and what triggered the search were not released.

"We don&#8217;t want to give details about what raises our suspicions," Partridge said.

People who were evacuated from their offices and the commissary began returning to their workplaces shortly after 10 a.m. The road outside the base was reopened about 1:30 p.m.

It was unclear where the vehicle was headed and whether the driver was allowed to enter the base after the incident.