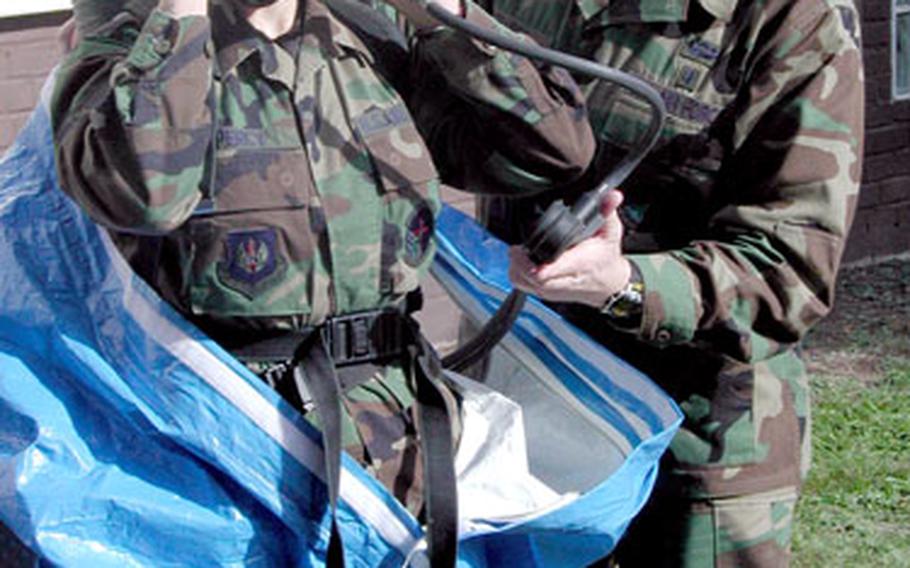 Six teams took part in simulated CBRN scenarios and relay events in an abandoned base housing area, according to a news release announcing the event.

Once the teams found a simulated CBRN threat, they assessed it and reported it to their on-scene commander.

&#8220;We see this exercise as a great way to encourage our people toward proficiency and reward them for doing a good job in training,&#8221; said Ediger in the release.

&#8220;There is a whole spectrum of threats that can be used against us at a deployed setting or at our installations,&#8221; he said, &#8220;and when that situation arrives you don&#8217;t have time to pull out the books and figure out how to use equipment and how to make good decisions. You have to be ready to do that in advance.&#8221;

&#8220;A lot of folks don&#8217;t realize what capabilities sit at our Air Force bases,&#8221; said bioenvironmental engineer Maj. Phil Preen in the release. &#8220;We have tremendous CBRN detection and analysis capability.

&#8220;These exercises are good from a joint perspective in that we can demonstrate our capabilities and show we are ready if something goes wrong,&#8221; he said.