Lack of nurses puts Würzburg hospital in a fix 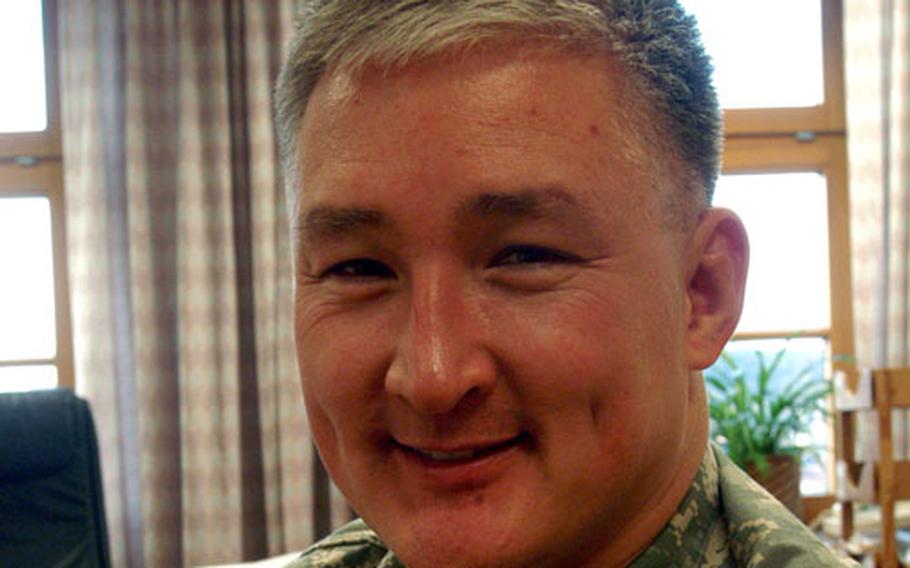 U.S. troops and civilians in the W&#252;rzburg area weren&#8217;t sure what would still be offered at W&#252;rzburg Army Community Hospital, which last week announced an indefinite cutback in services due to a shortage of nurses.

About 50 members of the hospital&#8217;s staff, mostly nurses, have in recent weeks been sent to Pakistan to help with earthquake relief or to Landstuhl Regional Medical Center to help treat the war wounded. As a result, the hospital is unable to treat those who need care from nurse-anesthetists, surgical nurses or other specialists, officials said.

Bottom line: The hospital will no longer receive ambulances and will not schedule any surgeries, procedures or treatments that required an overnight stay.

Homas said the W&#252;rzburg nurses will remain deployed until the missions in Pakistan and Landstuhl are completed, and that the cut services won&#8217;t be restored until staffing makes it possible.

Among those wondering about the changes was Charlene Peeler, wife of Sgt. Jason Peeler of the 17th Signal Battalion. The couple has a nine-month-old baby boy, Chandler.

&#8220;If they reduce the employees, I think maybe the waiting list would be longer to get an appointment for the baby,&#8221; Charlene Peeler said.

Routine care for pregnant women and newborns, including the delivery of babies, would not be curtailed, in part because of an upcoming baby boom within the W&#252;rzburg-based 1st Infantry Division, which returned in February and March from a one-year tour in Iraq.

New mothers and newborns who need intensive care, however, would have to be treated at one of W&#252;rzburg&#8217;s three German hospitals.

Spc. William Wood of the 147th Maintenance Company lauded the care he has received at the hospital, saying his appointments and treatment have been provided &#8220;like clockwork,&#8221; even when the hospital was short staffed.

Wood said he did not know how medical service and coverage would work if he were to go to German providers.

Homas said the hospital has a managed-care division to help direct troops, civilians and family members to German doctors who speak English and work with TRICARE and other insurance providers figure out billing.

The W&#252;rzburg hospital&#8217;s shortage of nurses mirrors that in the United States.

According to the Department of Health and Human Services, 30 states were estimated to have fewer registered nurses than needed in 2000, and in 2020 the number was projected to increase to 44 states.

Homas said that the vast majority of patients in the W&#252;rzburg hospital&#8217;s area of responsibility, which includes Grafenw&#246;hr, Hohenfels and other outlying bases, already go to German doctors and nurses for certain treatments. The Army&#8217;s medical staff, he said, tracks the treatment that U.S. patients are receiving outside the fence.