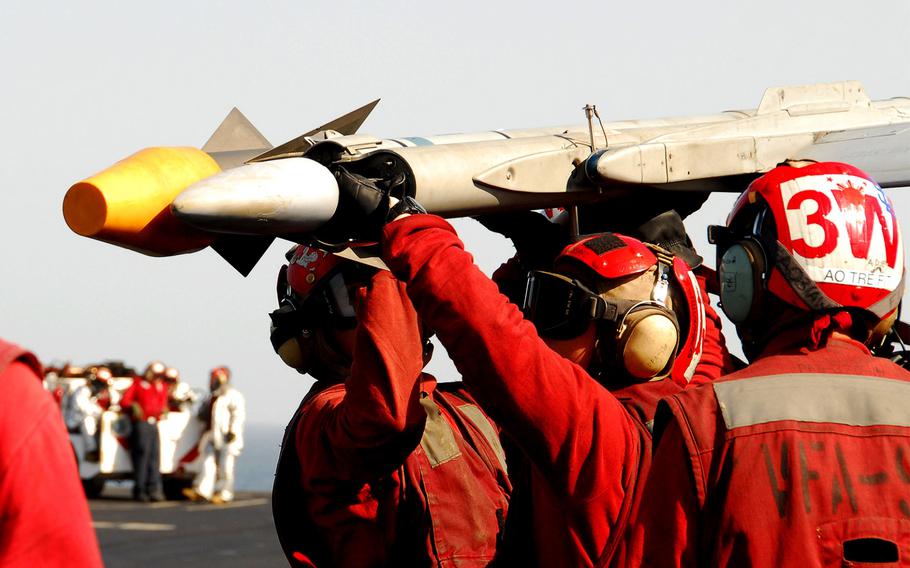 The lack of internal controls or failure to properly follow such controls on some vessels create opportunities for theft, the Department of Defense inspector general found in an assessment of the Navy’s ability to account for ordnance on 21 vessels, including surface ships, submarines and civilian-operated support vessels.

The survey checked the Navy’s claim that its afloat stockpile of roughly 94 million pieces of ordnance is ready to be audited, part of a larger effort by the Pentagon and each of the military services to organize their financial statements and property logs for outside inspection.

Though improvements are in order, the DOD IG said, inspectors agreed with the Navy’s claim that stockpiles were auditable. They also accounted for all major ordnance pieces aboard the vessels, such as missiles and torpedoes.

Roughly 2 percent of surveyed ordnance pieces showed differences between stockpiles on hand and descriptions in the Navy’s ordnance tracking system, known as the Ordinance Information System — a minor level of discrepancy, the report concluded. As in a previous survey of ordnance stockpiles on shore, published in March, inspectors found that some individuals had access to both the OIS and the physical storage area aboard the vessel, creating opportunities for these people to steal ordnance and then adjust the system to hide the difference.

Inspectors also found that some personnel were given printouts of stockpile totals from OIS while performing ordnance inventories, opening another window for theft. The risk of theft of excess inventory is lowered when counters don’t know how many pieces are listed in the system, inspectors wrote.

Many of the discrepancies in OIS were due to apparent record-keeping errors, according to the report. Serial numbers were worn off in some cases or pieces were used or moved without updating the system.

As required by Congress in its fiscal 2010 defense authorization bill, the military is working to become fully auditable by 2017, meaning government auditors will be able to examine the agency’s financial statements. Of 24 federal agencies that reported to the Government Accountability Office in 2014, DOD was the only one whose financial statements from the previous fiscal year could not be analyzed. The GAO has cited “serious financial management problems” at DOD and pointed to problems in each of the services, including failures to streamline budgets and account for massive volumes of assets, that range from bullets to aircraft carriers.