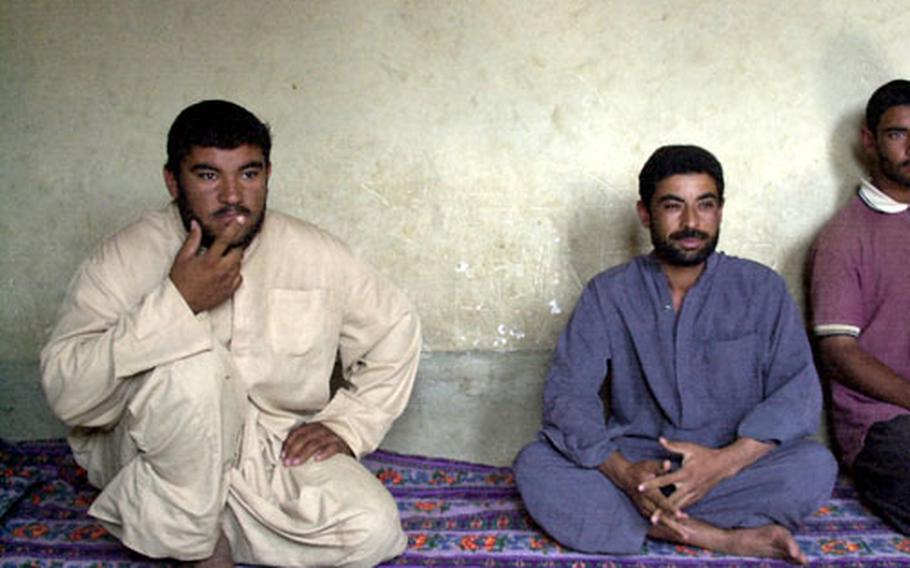 Brothers Ali and Barzad Hussain say they haven’t heard anything about the details of the Iraqi draft constitution at their home near Forward Operating Base Speicher. (Erik Slavin / S&S)

Brothers Ali and Barzad Hussain say they haven’t heard anything about the details of the Iraqi draft constitution at their home near Forward Operating Base Speicher. (Erik Slavin / S&S) 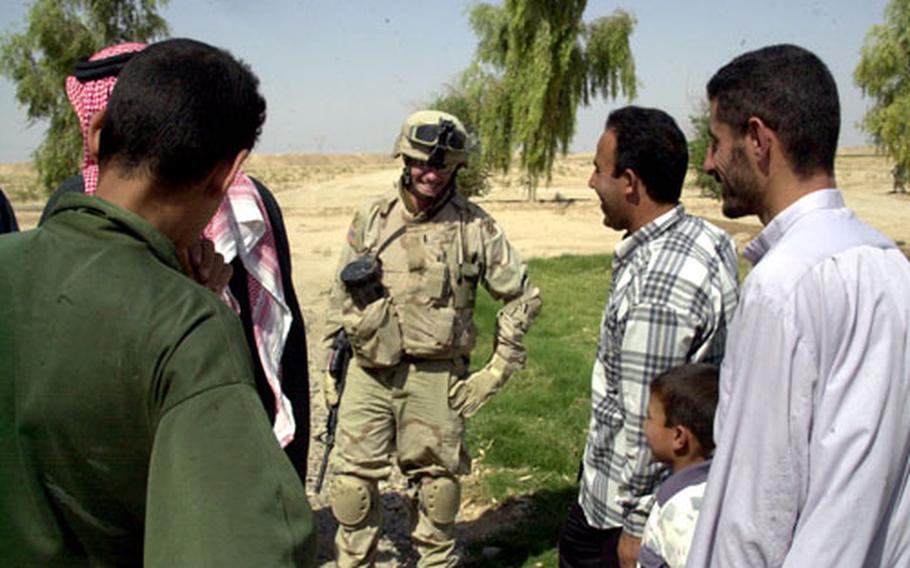 TIKRIT, Iraq &#8212; Mud huts and concrete cottages dot the rocky expanses of baked earth between Tikrit and Beiji, in the heart of Sunni Iraq. Most of the families here farm watermelons or vegetables, while a few own herds of sheep.

Ask them about the Iraqi draft constitution, and they will ask more mundane questions in return: When will our road be paved? When will the power lines be fixed?

Foreign observers are hoping that a large Sunni turnout will legitimize the Saturday constitutional referendum and bring unity to a country that some fear is tearing at the seams of its Sunni, Shiite and Kurdish identities.

The national government is campaigning heavily for a &#8220;yes&#8221; vote, while north central Iraq&#8217;s Salah ad Din provincial government is merely urging participation. Neither plea appears to be reaching many of the farmers.

&#8220;The problem is, we have no idea what the constitution is about,&#8221; said Ali Hussain, who lives on a route patrolled regularly by the 1st Brigade Troops Battalion, 3rd Infantry Division, based at Forward Operating Base Speicher.

Last week, Hussain invited the troops into his living room, a bare concrete room with colorful rugs and cushions lining the sides. In one corner, a television showed a dancing woman on a show resembling a pan-Arabic version of &#8220;American Idol.&#8221;

Nick confronted Hussain in loud Arabic. After a few minutes, he gave up.

None of the eight farmers encountered on the patrol had read the constitution, although some held strong views about it. Part of the problem is poor education, said 1st Lt. Blaine Sellman, 27, of Mountain Home, Idaho.

On the north side of FOB Speicher, the houses and farms get larger.

Hamid Khidair lives in a modern concrete house with thin pillars supporting a covered porch. A tract of freshly cut grass stretches across the front yard. Several trees &#8212; a mark of wealth here &#8212; provide shade, including a palm tree with dozens of ripening yellow dates.

Khidair said he knew all about the constitution. After further questioning, he admitted he had not read the document.

Iraqis in some of the province&#8217;s city centers shared Khidair&#8217;s skepticism, according to Salah ad Din Newspaper, a coalition-funded, Iraqi-run publication.

In an unscientific September poll of 400 Iraqis taken in eight cities, the majority said that sections of the constitution encouraged sectarianism. Sixty-three percent said language banning the Baath party should be removed. All but eight of those questioned said they would vote in the referendum.

Getting to the polls

Rural residents do not expect to vote in such large numbers, saying they weren&#8217;t sure if they could because of planned curfew and traffic restrictions.

A curfew is scheduled from Oct. 13 to Oct. 17, from 10 p.m. to 7 a.m., but not during voting hours. Traffic will be cordoned off from city centers. Rural voters must park before the cordon and walk to the nearest polling station.

Mahir Naif says those difficulties could keep him home Saturday. Naif is less concerned about high-minded ideals such as federal checks and balances than he is about the faulty gas lines running to his home. He says he hasn&#8217;t been able to power his water pump for the past week.

Without knowing the details, Naif says he hopes any new constitution will address public safety and avoid breaking the country into disparately wealthy regions.