Kuwait City has an American flavor 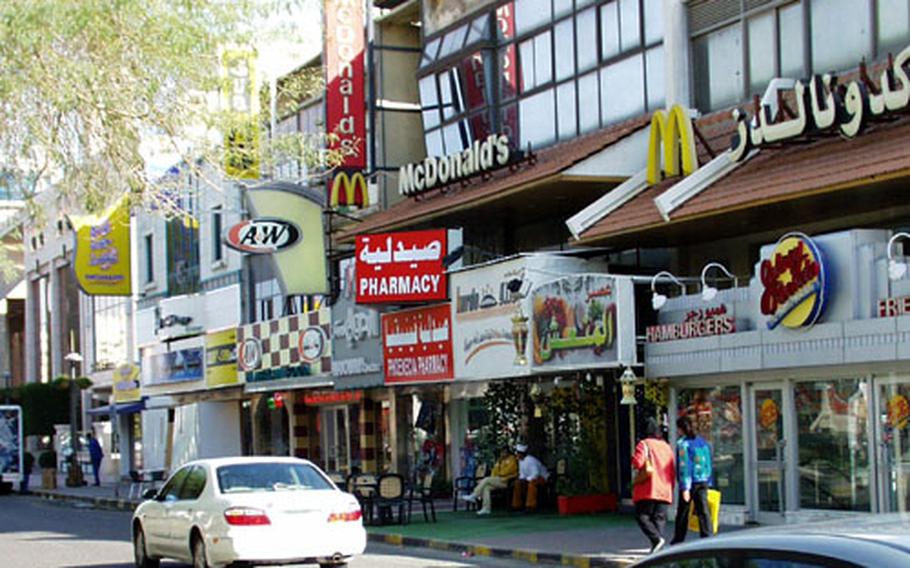 KUWAIT CITY, Kuwait &#8212; When U.S. troops are allowed off base to visit Kuwait City, they discover that most of this Middle Eastern city has a decidedly Western flavor.

Small but opulent shopping malls feature first-run American movies and a combination of European and U.S. upscale clothing stores, from Calvin Klein to Zara and Mango.

A cruise down Arabian Gulf Street, which follows the coast along the city&#8217;s edge, brings a half-dozen major American food chains into view, including Fuddrucker&#8217;s, Chili&#8217;s, Applebee&#8217;s and Pizza Hut.

The cavernous Sultan Center mall has everything an American shopper is accustomed to, from a grocery store to a fast-food court.

Starbucks coffee houses are as ubiquitous as oil wells in this emirate, home to 2.2 million people.

In addition to city life, the country has miles of beaches kissing the Persian Gulf. On winter weekends, beaches and grassy strands along the coast are popular places for family gatherings. The smoke from a thousand barbecues wafts into the sunny sky.

And since alcohol is banned, Kuwait is a teetotaler&#8217;s paradise. A gourmet espresso or a sparkling grape juice is as good as it gets.

Kuwait City does have a few cultural offerings. The National Museum, listed in tour books as the former pride of the country, is still open for business, although it was looted and burned during the Iraqi occupation. The Kuwait Towers, which include two blue globes housing restaurants in the round, are a popular tourist destination.

And, for those who still hanker for a taste of the Middle East, it can be found in the city center. Several souks, or bazaars, sell everything from vegetables to clothing to gold jewelry.