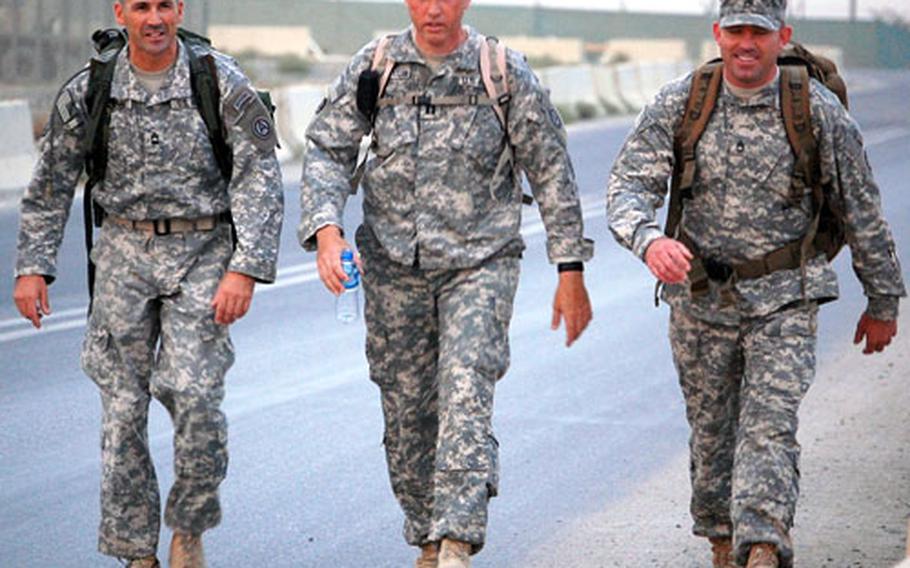 The soldiers, stationed at Camp Arifjan, marched more than 26 miles &#8212; far less than the nine-day, 60-plus-mile march Allied prisoners of war were forced to make by the Japanese, but still a challenge in the desert heat.

One soldier, Staff Sgt. Timothy Bridge, was marching not only in remembrance of the men who fell in the Philippines in 1942 but also for one of his buddies who was recently killed in Iraq.

&#8220;The hardest part was pushing through the physical and emotional pain. The march greatly subdued the pain and anger of losing him.&#8221;

Another soldier, Sgt. 1st Class Derek Greenough, said he simply remembered and focused on the men who had marched before him.

Bridge, who organized the memorial march, said he hopes that others will hear of it and be inspired to participate.

&#8220;As the word spreads from the seven of us marching, it will bring more participants in the years to come,&#8221; he said.