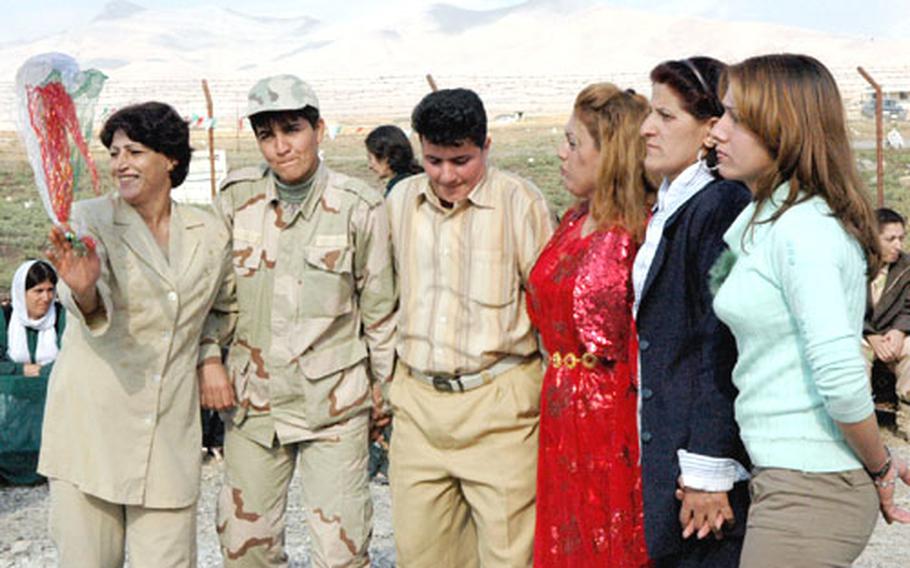 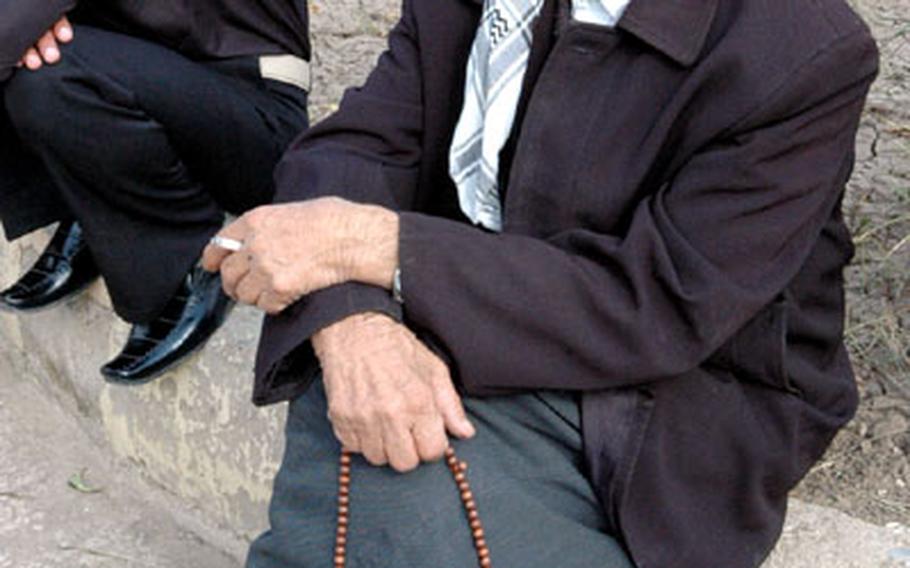 This man, who said he was 73 years old, became a Peshmerga fighter when he was young. Many current Peshmerga soldiers are making the transition to the Iraqi army, though Peshmerga leaders say the militia will continue to exist and to safeguard the region. (Anita Powell / S&S) 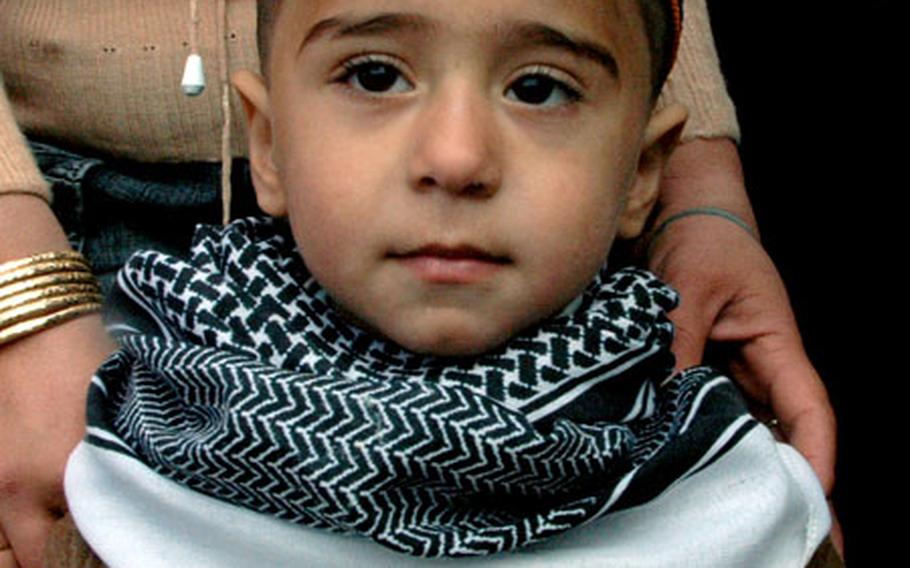 The future of the Kurdish region: A young Kurdish boy, with a Kurdistan flag on his lapel, celebrates at a Peshmerga gathering in Sulaymaniyah. (Anita Powell / S&S)

SULAYMANIYAH, Iraq &#8212; It&#8217;s a place of big skies, vast mountain ranges and heart-breaking beauty; proud, defiant people with their own language, fiercely guarded identity and bold flag; enviable agricultural and petrochemical resources; a history of bloodshed, a protracted struggle for independence and a headstrong, highly influential political machine with players in the top levels of national government, including the presidency.

Throw in a twang and a couple million pairs of Wranglers, and it could be Texas.

But the five provinces that fall in part or in whole into the Kurdish region of northern Iraq face an identity struggle that could challenge the delicate state of Iraqi unity.

Despite Kurds&#8217; predilection to refer to &#8220;Kurdistan,&#8221; no such political or geographic entity exists. On one side, leaders faithfully maintain their allegiance to Americans, whose national policy leaves no room for an independent Kurdistan, while balancing the people&#8217;s deep-seated desire for complete autonomy.

It&#8217;s a struggle American soldiers in the region face daily in their position as advisers and allies to the Kurd-dominated Iraqi army in the area, and as former allies with the Kurdish freedom fighters, the Peshmerga, many of whom are joining the growing Iraqi army.

It&#8217;s a hard shift for a region that has been fighting for its independence for at least 80 years, and which, during the Saddam Hussein era, had American support in the push for independence. It&#8217;s also a healing process for a population that suffered through Saddam&#8217;s genocidal campaigns against Kurds and which has lost trust in their fellow countrymen.

Local leaders unanimously expressed a wistful desire for an independent Kurdistan. But they also profess loyalty to another entity: the United States.

But Mustafa, who fought for the Peshmerga from 1980 until he joined the Iraqi army in 2004, said his ultimate loyalty lies with his people.

The Peshmerga Organization Center commander, who only goes by one name, Gen. Jafar, said the region&#8217;s people feel strongly that Kurdistan should be independent.

Kurdish leader Ali N. Salhi, a member of the Kirkuk Provincial Council who emigrated to South Dakota in 1975 after the failed Kurdish revolution, said he has spent the last 30 years working in exile for the Kurdish cause. He returned to Iraq in 2003.

Salhi, who is an American citizen, proposed a more moderate solution to the cry for Kurdish independence. He said he feels residents should be able to vote whether to group themselves into a Kurdish super-state &#8212; a region that would have strong regional government, but still maintain national ties. His model: powerful states in his adopted nation.

But he doesn&#8217;t believe an independent Kurdistan is the answer.