Kunsan locked down after false report of active shooter 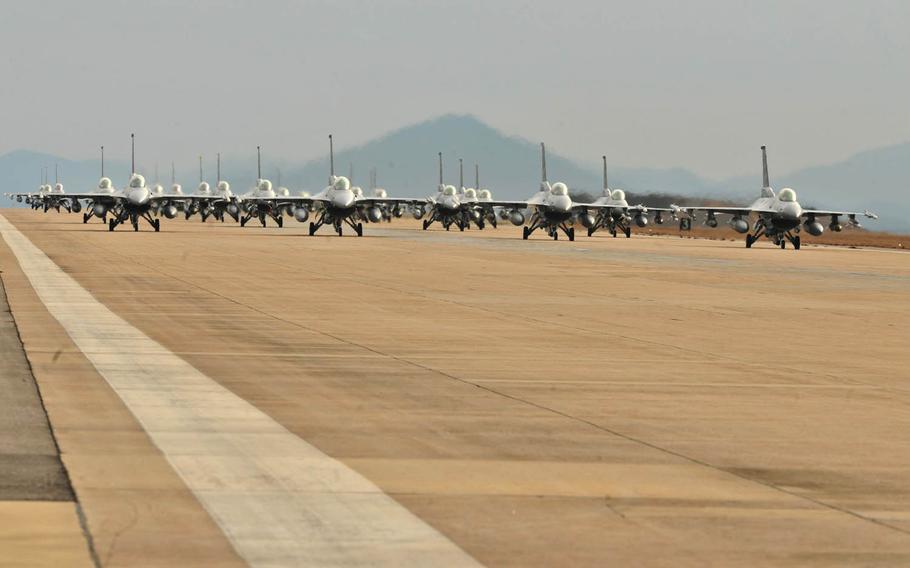 F-16 Fighting Falcons perform an elephant walk at Kunsan Air Base, South Korea, in 2011. The base was locked down for two hours Tuesday, March 8, 2016, after what turned out to be a false report of an active shooter. (Brittany Auld/U.S. Air Force)

A U.S. military base in South Korea was locked down for two hours Tuesday after what turned out to be a false report of an active shooter.

“During an exercise at Kunsan Air Base, an active-shooter incident was reported and the base was put on lockdown at approximately 10:20 a.m.,” said 1st Lt. Ashley Wright, 8th Fighter Wing spokeswoman.

Security Forces immediately responded to the scene, she said.

“While the incident was ultimately proven to be a false report, we take every active-shooter report seriously and will take every action necessary to protect the members of Kunsan Air Base,” Col. Jeremy Sloane, 8th Fighter Wing commander, said in an email.