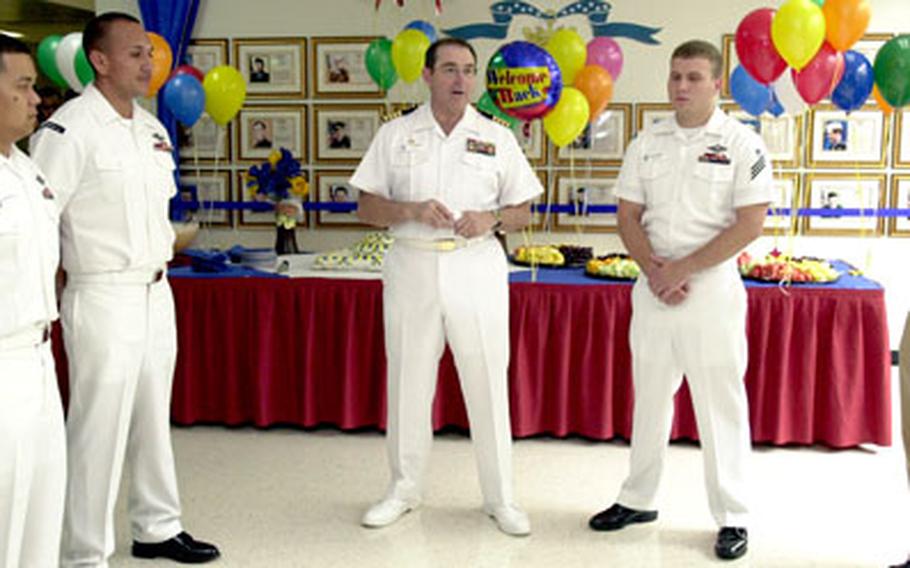 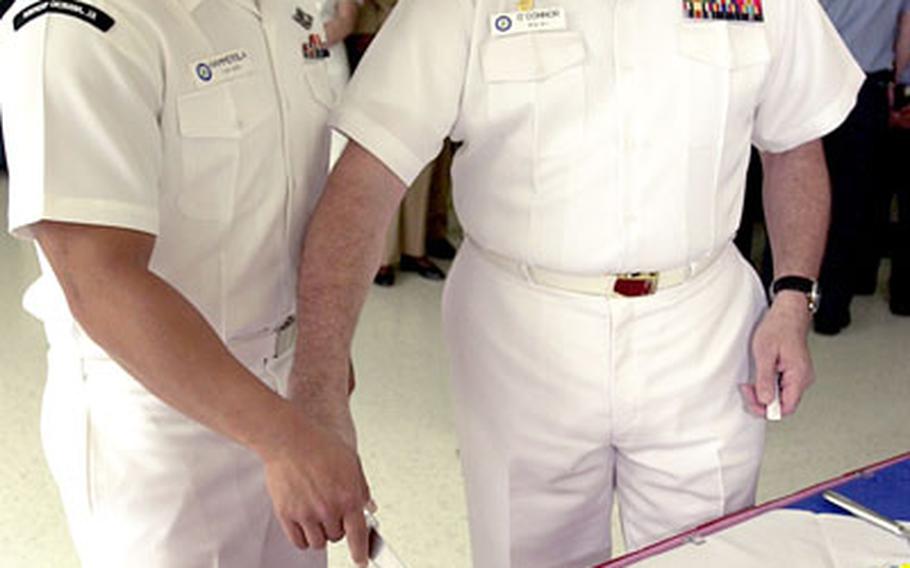 PYEONGTAEK, South Korea &#8212; Airmen remained restricted to Kunsan Air Base in South Korea for a second day Tuesday in the wake of an alleged attack on a local cab driver by three Americans from the base, two of them Air Force police officers.

The restriction affects most of the nearly 2,000 airmen stationed at the base, home to the 8th Fighter Wing, also known as the Wolf Pack. Wing commander Col. Jeffrey Lofgren imposed the restriction Monday until further notice.

The attack occurred early Monday in Kunsan City. Police said the three Americans were passengers in the cab, which they allegedly tried to steal.

Police have said the third American is a 23-year-old civilian of Korean descent who worked at a GNC health products store on base.

Wing officials were to meet Wednesday morning to discuss the incident, including the duration of the base restriction, Lage said.

&#8220;When the restriction to base is lifted for most Wolf Pack personnel, these two active-duty airmen will continue to be restricted to the installation,&#8221; he said.

Neither has been locked up, Lage said. He said he had no information on the whereabouts or employment status of the civilian suspect.

Police have said the three got into the cab in Kunsan City and asked to be driven to Jeonju. The attack occurred about 1:30 a.m., about 20 minutes into the trip, after the cab had stopped, they said.

Police said one of the three men began choking the driver, 48-year-old Lee Ki-jung, who also was punched repeatedly before he struggled free. The three then left the cab after failing to restart it in an attempt to drive away, police said.

On Monday, Lofgren met with the driver and paid him a &#8220;solatium&#8221; payment, restitution provided for under the U.S-South Korea status of forces agreement.

U.S. military officials Tuesday would not say how much the driver was paid.

Lee told Stars and Stripes on Tuesday that Air Force officials made a restitution payment of 1 million won (about $1,078).

PYEONGTAEK, South Korea &#8212; The South Korean taxi driver allegedly choked and pummeled by three Americans from Kunsan Air Base is wracked with pain, has nerve damage and faces several weeks in the hospital, he told Stars and Stripes on Tuesday.

&#8220;What am I thinking of this incident?&#8221; Lee Ki-jung, 48, said in a telephone interview Tuesday evening from Kunsan Medical Center.

Lee is under treatment for what he said are severe facial bruises, a swollen face and neck, other injuries to his head and knees, and nerve damage.

Police have said the three suspects in the attack are Americans from Kunsan Air Base, two of whom are Air Force security police officers. A third is a 23-year-old American of Korean descent who worked at a GNC health store on base.

Police said they would begin questioning the three sometime this week.