Kunizakai — 'The best part is the people' 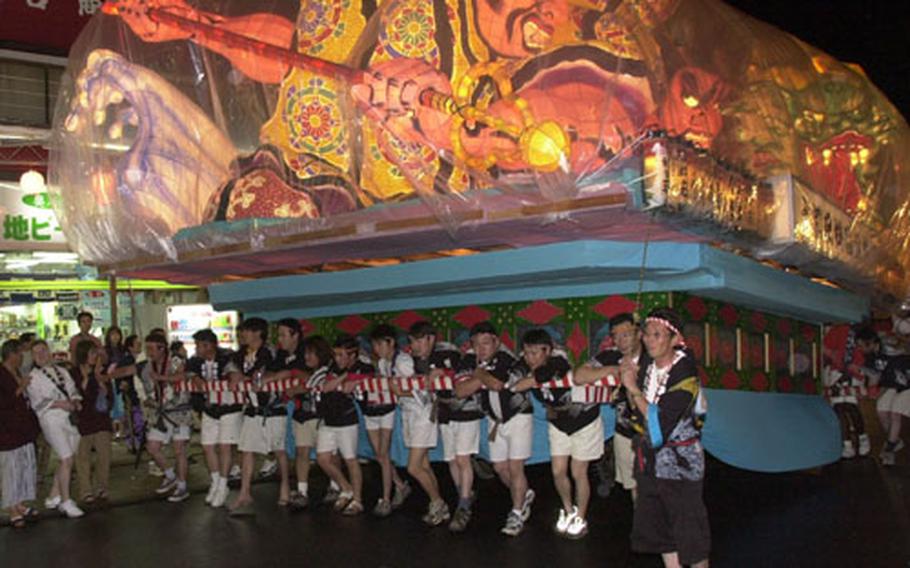 A lighted float which was used during the Nebuta festival in Aomori, Japan, in August is paraded down the street at Yasuniya during the Kunizakai Festival. (Jim Schulz / S&S)

A lighted float which was used during the Nebuta festival in Aomori, Japan, in August is paraded down the street at Yasuniya during the Kunizakai Festival. (Jim Schulz / S&S) 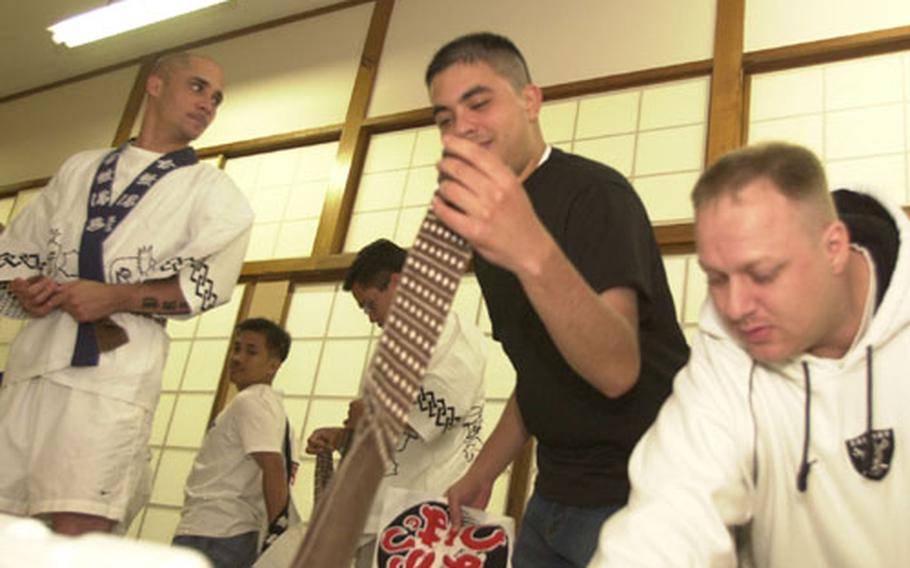 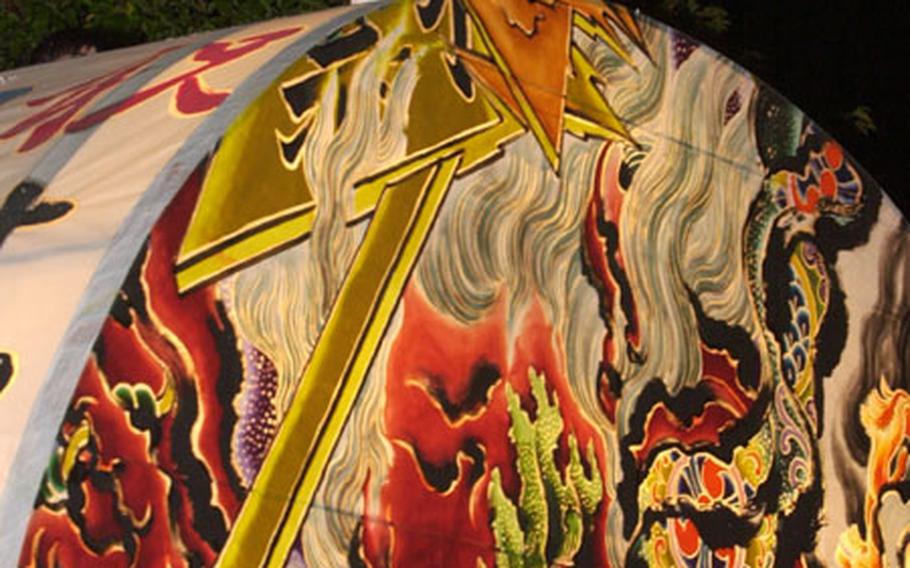 A beauty queen waves from atop a lit up float at the Kunizakai Festival. (Jim Schulz / S&S) 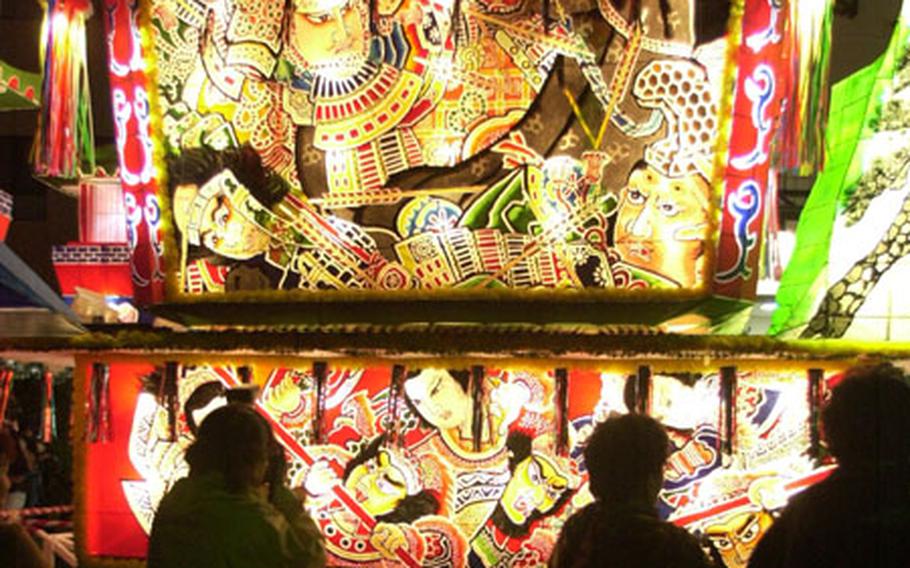 MISAWA, Japan &#8212; It was among the first things Petty Officer 3rd Class Michael Henderson did after arriving in Japan and now it will be one of the last.

Two years ago, the jet engine mechanic volunteered to help lead a float during a parade in the Kunizakai Festival, a compilation of the best 12 festivals in northern Japan.

Before he leaves for Hawaii this week, he had to do it again.

About 40 sailors and their families from Misawa donned traditional clothes Saturday night and helped lead a massive illuminated float from the Nebuta Festival in Amori prefecture, which includes Misawa.

Despite a cold drizzle at the start of the evening parade, the U.S. volunteers danced and joined other groups performing traditional Japanese songs. Some pulled a trailer of drummers while others heaved the float, depicting two warriors and a dragon.

Petty officer 3rd Class Michael Nielsen, a mineman with Mobile Mine Assembly Detachment 12 at Misawa, signed on for the event with an eye toward helping community relations and improving his evaluations. But it also was the perfect chance to introduce his sailors to Japanese tradition.

Petty Officer 2nd Class James Belleville, an aviation structural mechanic, volunteered a second year because he liked it so much the first time around.

The festival is designed to give visitors a taste of the celebrations around the region by featuring the best floats, dancers and musicians.

It takes place near Lake Tawada, about 60 miles from Misawa, which sits on the border of the Aomori and Akita prefectures. The festival&#8217;s name, Kunizakai, means borderline.

It started 22 years ago to bring attention and tourists to the region. U.S. sailors have been invited to participate for the past five years.

&#8220;It&#8217;s a really good chance for the tourists and the local people to see the leading festivals,&#8221; said Kazuo Kobayashi, senior director of the international tourist department for the Komaki Grand Hotel in Misawa, a co-sponsor of the festival. Kobayashi invited the Americans to attend and joined them in the festival.

One group in the parade balanced 50-foot bamboo poles topped with rows of lighted paper lanterns on their foreheads. Musicians in striking floats, playing traditional Japanese instruments accompanied other dancers.

Onlookers photographed the sailors, gave them gifts and joined them for dances.