Kubic: Goal is to enable Iraqis to do the work for themselves 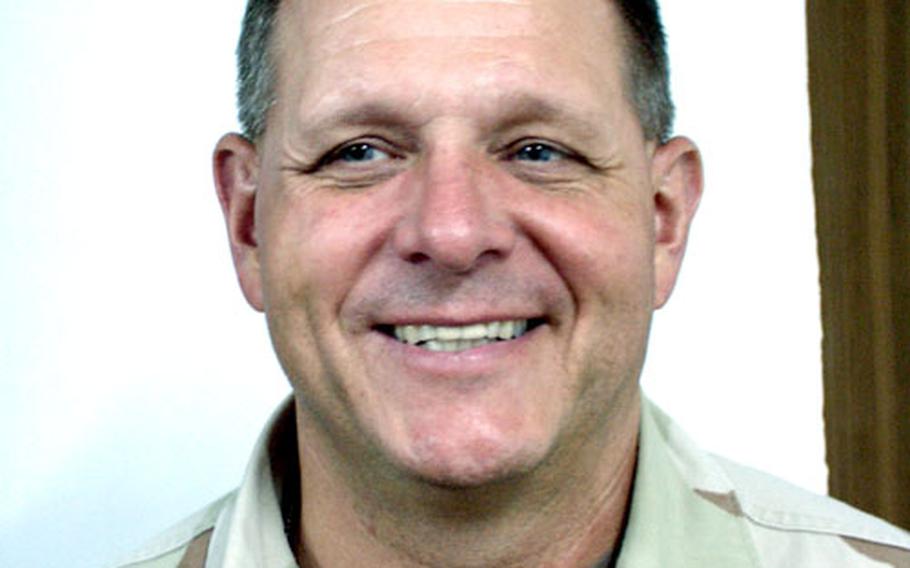 CAMP FALLUJAH, Iraq &#8212; Navy builders have focused on building camps for border patrols and other security forces, while also trying to co-opt young Iraqi men into the labor force.

The goal is to keep troublemakers out of Iraq and secure the country, thus enabling business activity and job creation to take root at the local level.

It&#8217;s slow going, however, because many Iraqis are reluctant to work with U.S. forces, and some Iraqi contractors have been subjected to threats and intimidation, according to Rear Adm. Charles R. Kubic, commander of the 1st Naval Construction Division and Naval Construction Forces Command.

&#8220;There are a lot of good people here,&#8221; Kubic said Sunday. &#8220;In many cases they are keeping their heads down, keeping quiet and staying in the background because they and their families have been traumatized for decades.

The focus has changed for members of the Navy&#8217;s construction battalions, or Seabees, since the war in Iraq began in March 2003.

Early on, Seabees built bridges and performed other missions to help Marines move north from Kuwait to Baghdad. That part of the war reached a crescendo on April 9, 2003, when Marines pulled down the statue of Saddam Hussein in central Baghdad.

Now, he said, the U.S. military is trying to enable Iraqis to do the work for themselves. U.S. and Iraqi elements are choosing projects, such as locations for Iraqi military camps, and Seabees are rough-drafting the projects, putting them out to bid and managing their progress.

&#8220;It&#8217;s going to be slow, but over the long term having a bottom-up strategy will be the key to the future of a successful Iraq. As long as the people in Baghdad can set the political and economic condition, and we can mesh our military strategy with that &#8212; allowing [progress] to come from the bottom up &#8212; we&#8217;ll be very successful.&#8221;

Kubic said he is concerned that some Iraqis who work with U.S. and coalition forces and who &#8220;are becoming our friends&#8221; are being intimidated and targeted by insurgents.

But business is picking up in spite of the danger that sometimes comes with doing business with the U.S. forces.

Kubic said that projects such as building schools, courthouses and police stations used to attract from only two or three Iraqi contractors. That eventually grew to seven or eight bids.