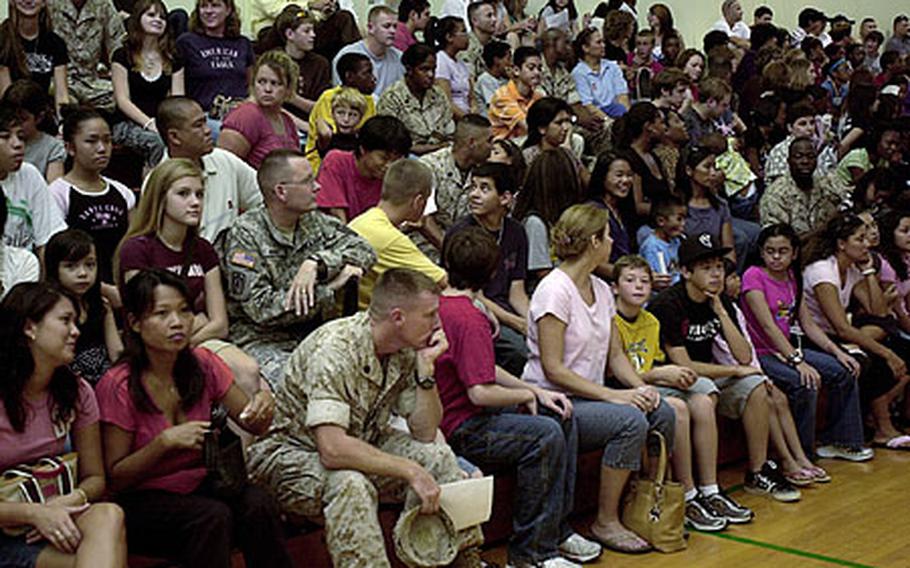 &#8220;Summer was all right,&#8221; said sophomore Candice McDowell, 15, who spent most of the summer preparing for her recent move here from the States.

For freshman Courtney Rodriguez, 14, summer was hot but fun, except when she had to baby-sit her younger sister, she said.

At least with school starting, there will be something to do during the day, he said.

Not so with senior Faith Barreyro, 17.

She spent a portion of her summer completing homework for an advanced-placement class she&#8217;s taking this year.

For full coverage of the Department of Defense Schools Pacific upcoming school year, check out Sunday&#8217;s edition of Stars and Stripes.