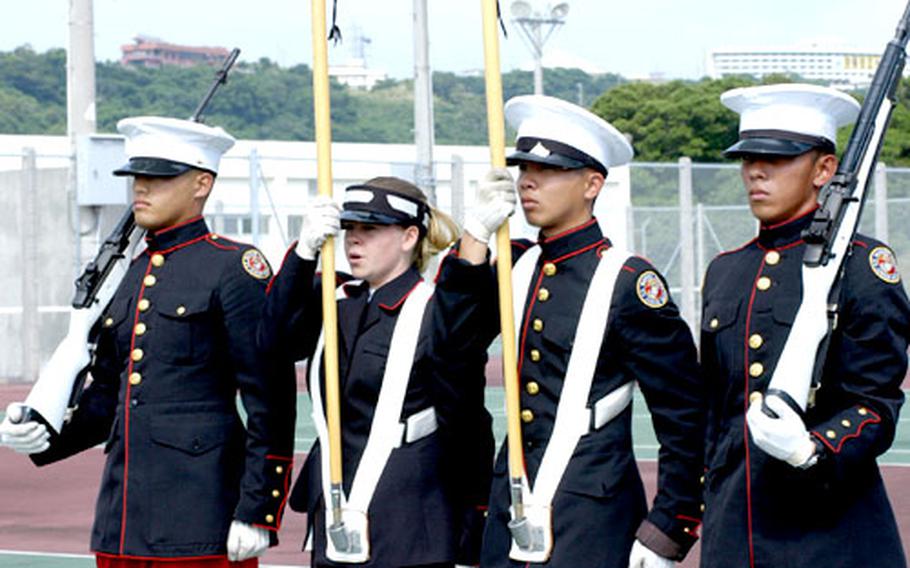 After taking first place in the Challenge Division of the National High School Drill Team Championships in 2002 and 2003, they&#8217;re shooting to capture the Master&#8217;s Division this May in Daytona Beach, Fla.

The Kubasaki JROTC team is the only Department of Defense Dependents School to participate in the competition, which will feature 153 teams from 39 states and Puerto Rico. To make it to Daytona, team members raised more than $32,000.

&#8220;These kids have been practicing hard since September for this; they&#8217;re primed,&#8221; said a beaming Larry McNair, a retired Marine master sergeant who coached them through the months of practice, averaging some 20 hours per week.

But just getting there has been a challenge, he said.

The rest of the money was donated by various individuals and organizations within Okinawa&#8217;s American community.

Other organizations, such as the Headquarters and Service Battalion Association of camps Foster and Lester, which donated $2,000, also contributed.

&#8220;This is a good cause,&#8221; said Staff Sgt. Gabriela Parker, treasurer of the association. &#8220;We try to make sure the members of our association give something back to the families on Foster and Lester and the Kubasaki drill team is an important part of our community.&#8221;

The team leaves for Daytona on Saturday and will get six days of rest before the competition May 1 and May 2.