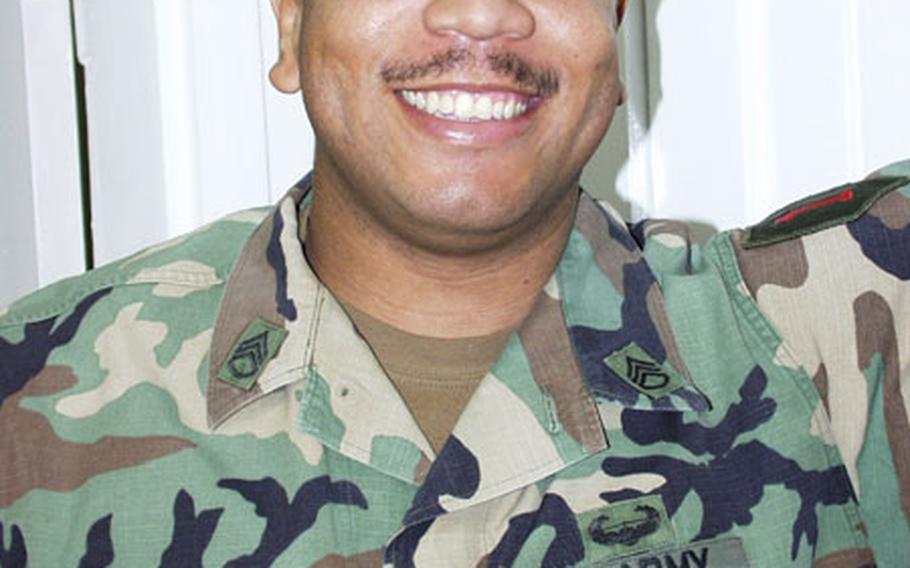 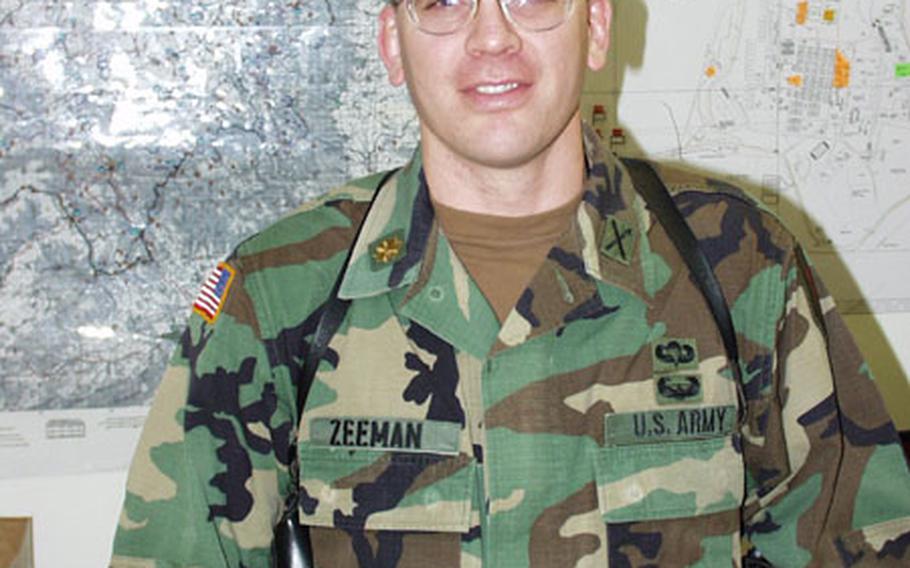 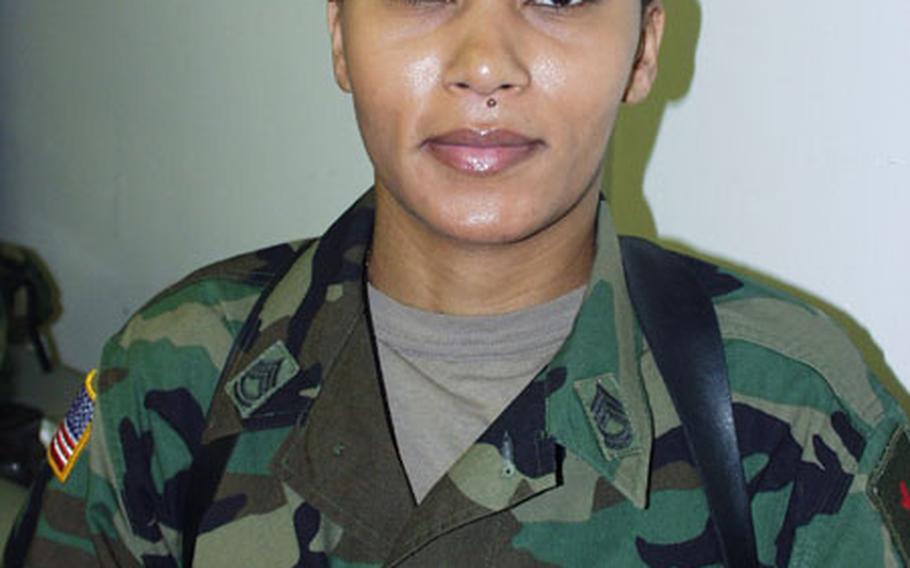 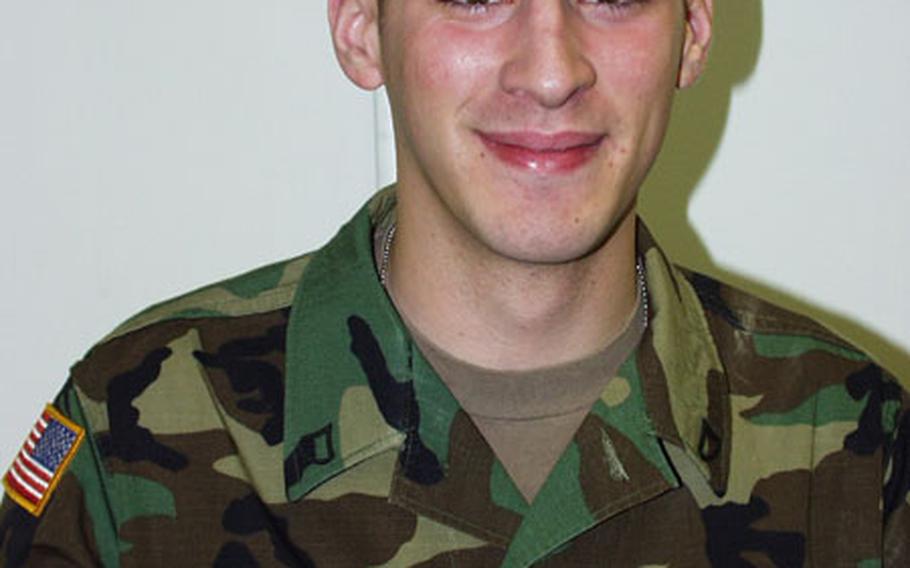 Army Pfc. Joshua White ordinarily works as a truck driver, but in Kosovo he is part of a special unit that drives and escorts VIPs. (David Josar / S&S)

Instead he has become a chauffeur for American dignitaries and top brass who visit Camp Bondsteel and Task Force Falcon in Kosovo.

White is one of 20 soldiers who staff the Task Force Falcon Joint Visitors Bureau. They are from four different units within the 1st Infantry Division in Germany and were pulled from various backgrounds and given the task of caring for the VIPs.

Zeeman said the goal for his crew is simple. He wants the people who visit the Multi National Brigade East, the sector of Kosovo where about 3,000 U.S. soldiers work as peacekeepers, &#8220;to leave MNBE with a positive impression and a seamless trip.&#8221;

The time around Christmas was likely the period with the most visits, Zeeman said, with top dogs such as Shinseki and Tilley visiting, but the pace is expected to remain steady.

Most of the earlier visitors were doing the Bosnia and Herzegovina, Kosovo, Kuwait, Turkey and Afghanistan tour, the soldiers said, but now the officers coming through will have more defined purpose.

Zeeman said upcoming visitors will be more interested in operations and how they are going rather than primarily in troop welfare.

He said his team handles about 25 visits a month. Among those expected this week is one by U.S. Marine Sgt. Maj. John Mersino, sergeant major for the U.S. European Command.

For Army Sgt. Craig Sanford, an infantryman based in Vilseck, Germany, the assignment has been a great break.

Most surprising, Sanford said, is how approachable the generals have been.

He recalled that during a visit from Ralston, the EUCOM commander stopped by the Joint Visitors Bureau office and talked about his favorite football team, the Philadelphia Eagles.

The training before getting the assignments from the protocol officer was minimal. Soldiers were told such basics as how many paces away from a visitor they should remain, not to start conversations and to always salute, Sanford and White said.

Ordinarily Staff Sgt. Donyeal Cunningham teaches soldiers how to drive trucks, but now he is an escort officer.

&#8220;A perfect day is when everything runs smoothly. Everyone knows where they should be,&#8221; Cunningham said.

But there was one day that, although it wasn&#8217;t a disaster, is a day most people in the Joint Visitors Bureau say they would rather forget.

The group had been mobilized and prepared for a general who was arriving at the military airport in Pristina. Soldiers from the visitors bureau were in the tower waiting for him to arrive when they suddenly learned the general wasn&#8217;t landing in Pristina but in Skopje, Macedonia, a two-hour drive away.

But Cunningham had prepared for the contingency. Other soldiers in Macedonia met the general and took care of him until Cunningham arrived. The visit went without a hitch.