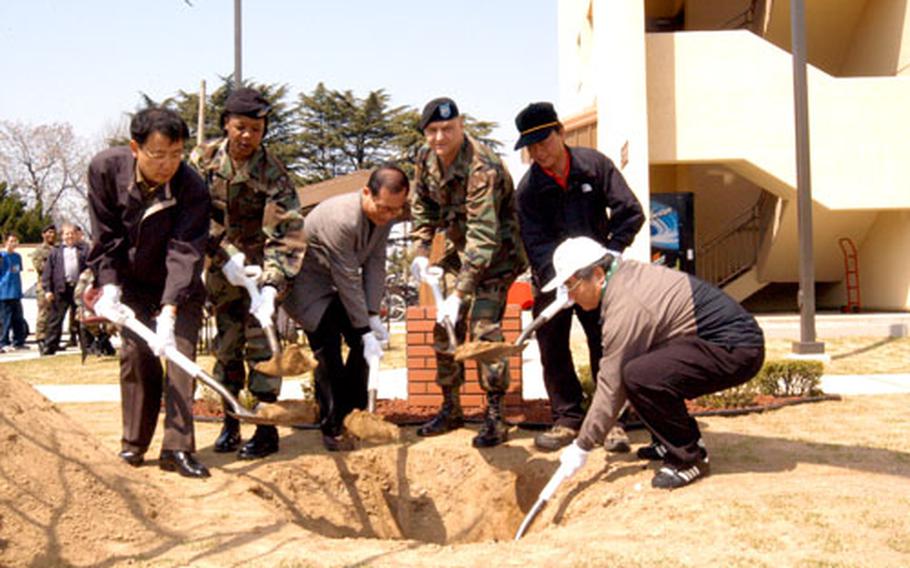 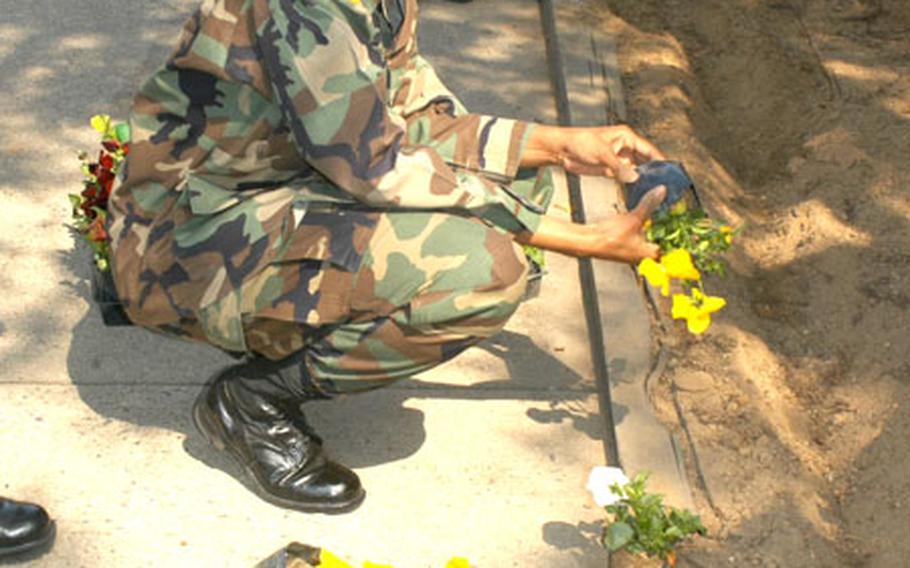 Hendrix&#8217; invitation was the latest move in his drive to forge better relations with the Korean public in Area IV. Such efforts are part of the Good Neighbor Program, launched by the U.S. military command in Seoul in 2003. It requires U.S. military units throughout South Korea to take proactive steps to build good will between U.S. forces and the Korean public.

&#8220;Maple tree roots tap deep into the earth, symbolizing our deep-rooted commitment and alliance with the Republic of Korea,&#8221; Hendrix said at the ceremony, &#8220;and especially our friends and neighbors in Taegu and from Nam-gu district.&#8221;

Said Area IV chief spokesman Kevin Jackson: &#8220;This was a rare opportunity for us to actually host a Korean holiday celebration on our installation. It gives us an opportunity to show them that we understand their culture and that we also recognize their holidays.&#8221;

The schools bought about $1,300 of plants for the project, Kil said.

&#8220;CRC and Kyungmin University have a sisterhood relationship. Every year we have this Arbor Day activity. Last year Area I soldiers visited the school and this year the students came to the camp,&#8221; he said.

Staff Sgt. Colanthia Farmer, 43, of Walterboro, S.C., who serves at CRC with Headquarters Headquarters Company, Area I, helped plant pansies in front of her office.