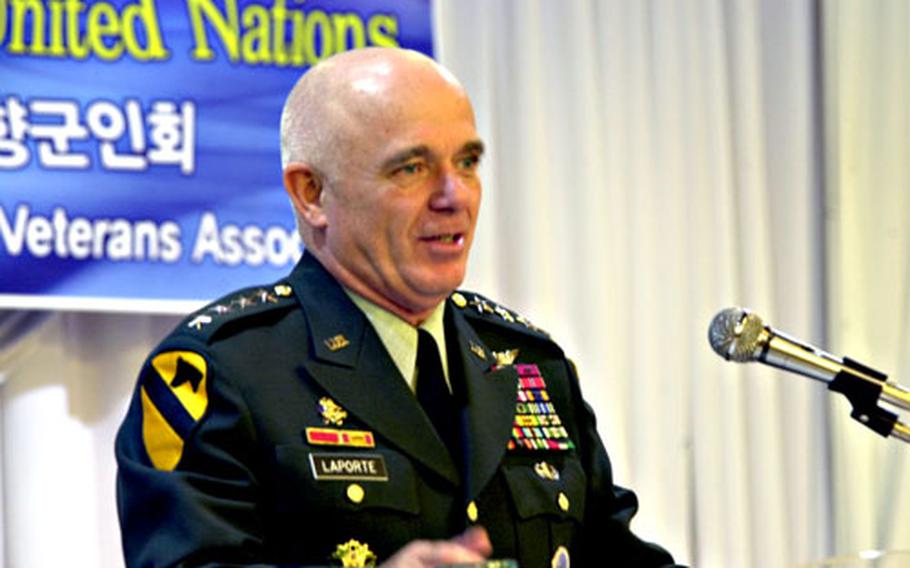 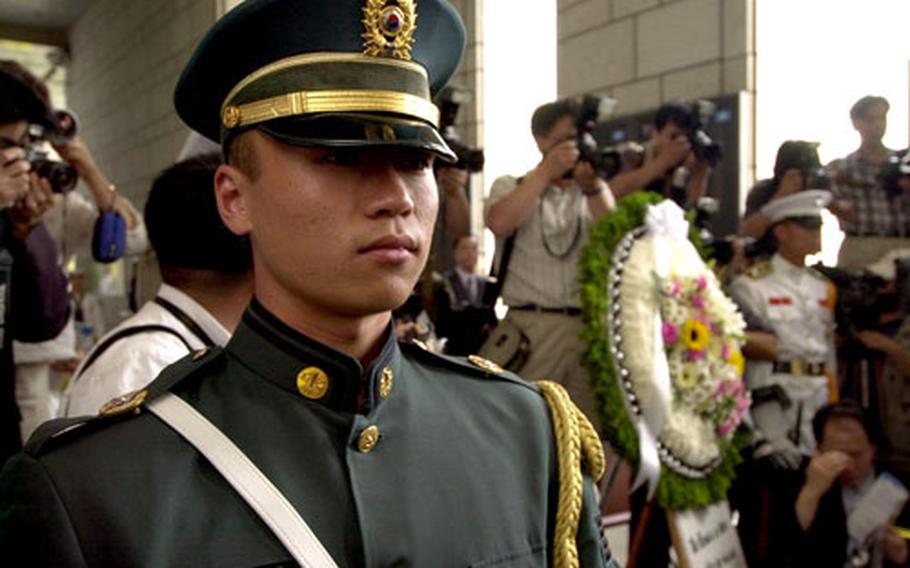 SEOUL &#8212; A group of Korean War veterans from five nations were honored during a ceremony Friday at The War Memorial of Korea.

The American, Dutch, Greek, Filipino and Turkish veterans and their family members entered the memorial&#8217;s Hibiscus Room to a standing ovation for the event, sponsored by the Christian Council of Korea and the Korea Veterans Association. It was held just one day before the 55th anniversary of the start of the Korean War.

&#8220;Those war dead and foreign veterans left their loved ones and their hometowns to fight for Korea, which they never knew, and for a people they never heard [of] or met before,&#8221; he said.

&#8220;On this special day, we honor those men and women who selflessly served in the name of peace and freedom,&#8221; he said. &#8220;While their sacrifices serve as a poignant reminder that freedom is not free, they also encourage and inspire us.

Retired Army Col. Paul Sechusen and his wife, Delores, both 75, traveled from Culver City, Calif., as part of a group tour and to attend the ceremony.

Sechusen and his wife of 54 years were newlyweds when he received orders to report for combat duty on the Korean peninsula.

The main reason for coming back to Korea for the first time since the war, he said, was to see the incredible change. Plus, Delores said, she pushed him to return.

He remembers burned-out buildings and shantytowns, a far stretch from the high-rise apartment towers and hustle and bustle of a city now ranked one of the world&#8217;s most expensive in which to live.

Following a lunch, the veterans visited the hallway where the names of the U.N. forces killed in action are carved into the walls.

After a wreath-laying ceremony, they were treated to front-row seats to watch a South Korean Ministry of National Defense Honor Guard ceremony.