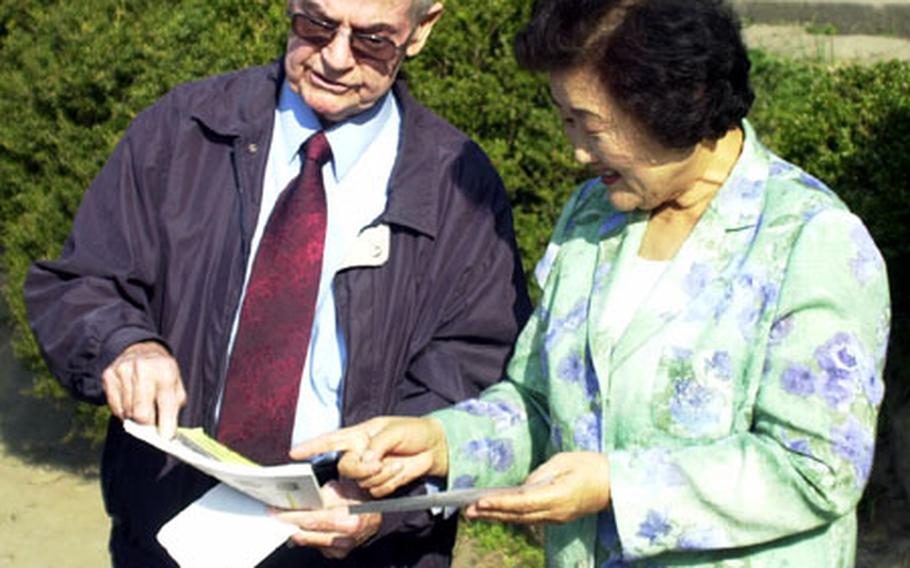 SEOUL &#8212; Fifty years after a group of battle-weary 5th Regimental Combat Team soldiers pooled their money to found an orphanage in commemoration of their fallen brethren, they&#8217;re helping again.

The Sam Dong orphanage, which sits perched on a hillside near World Cup Stadium, must move by the end of 2005 or early 2006 as Seoul officials seek land for a new park.

For orphanage director Kim Jong-won, that means purchasing nearby land and building a new orphanage in a modern Seoul where property prices skyrocket annually.

Knepp, 69, spent two tours on the blasted hillsides of Korea, seeing heavy front-line fighting near Chorwon. He was a rifleman who elected to come back to Korea for a second tour in June 1953 after being sent back to the United States.

Knepp was out of Korea when the Sam Dong Boys Town was built in 1953, but he has made personal visits there since 1998 bringing checks from the association. He works with the Air Force Audit Agency at Osan Air Base.

Knepp said the association collected more than $5,000 during a May reunion in Jacksonville, Fla.

After the Korean War, the veterans of the 5th lost touch with the orphanage, Knepp said.

It wasn&#8217;t until around 1996 that a veteran learned from the Seoul YMCA that the orphanage still existed.

The YMCA helped with construction of the original orphanage, located on Nanji Island, a lush area surrounded by the Han River. The 5th donated about $37,000 for construction of 12 living units, a dining hall, three classrooms, town hall, factory, dispensary and chapel.

About 56 boys live at the home, ranging from 3 years old through a few university students.

The government finances about 70 percent of the home&#8217;s operating costs, and the home accepts donations for the rest along with material goods, Kim said. While the government has offered to compensate the orphanage for its land, the money won&#8217;t be enough to move, she said.