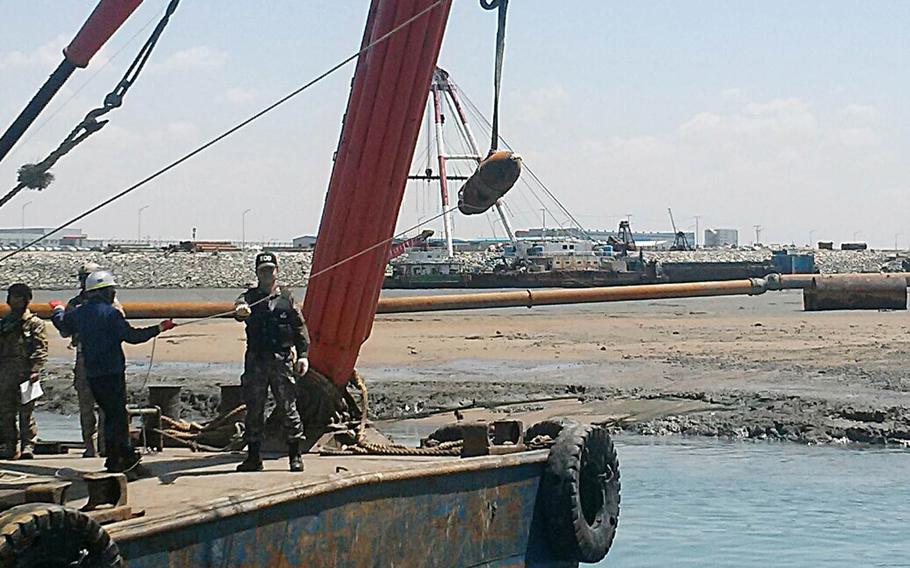 Explosive ordnance disposal units from South Korea’s 10th Fighter Wing and the 2nd Fleet defused the bomb while the coast guard patrolled the waterway, coast guard spokesman Park Se-eun said. It was then taken to Suwon Air Base.

The bomb was discovered Thursday by workers dredging the bottom of the site where they’re building the Pyeongtaek South Maritime Police Quay, 40 miles south of Seoul. Park said the operation took less than four hours.

A South Korean military official said the bomb was believed to be a GP-250/AN-M57 — a 250-pound bomb commonly used by U.S. forces during the Korean War. The bomb will be kept at Suwon as policy dictates, until higher headquarters makes a decision about its disposal, the official said, speaking on condition of anonymity.

A report from the Asian-Pacific Journal in 2009 said U.S. forces dropped 635,000 tons of bombs on the Korean Peninsula, 132,000 tons more than the United States dropped in the Pacific theater during World War II.

U.S. forces first engaged North Korean troops in the Pyeongtaek region from July 5 to July 8, 1950. The 1950-53 Korean War ended in an armistice instead of a peace treaty, leaving the peninsula divided.

Thousands of servicemembers and their families live in Pyeongtaek between the two major military installations of Osan Air Base and Camp Humphreys.