Korean taxi is like a Hard Rock Cafe on wheels Cho Young-ho, a South Korean taxi driver in Seoul, shows off his custom taxi that he’s decked out with a state-of-the-art entertainment system. (Jimmy Norris / S&S)

Cho Young-ho, a South Korean taxi driver in Seoul, shows off his custom taxi that he’s decked out with a state-of-the-art entertainment system. (Jimmy Norris / S&S) 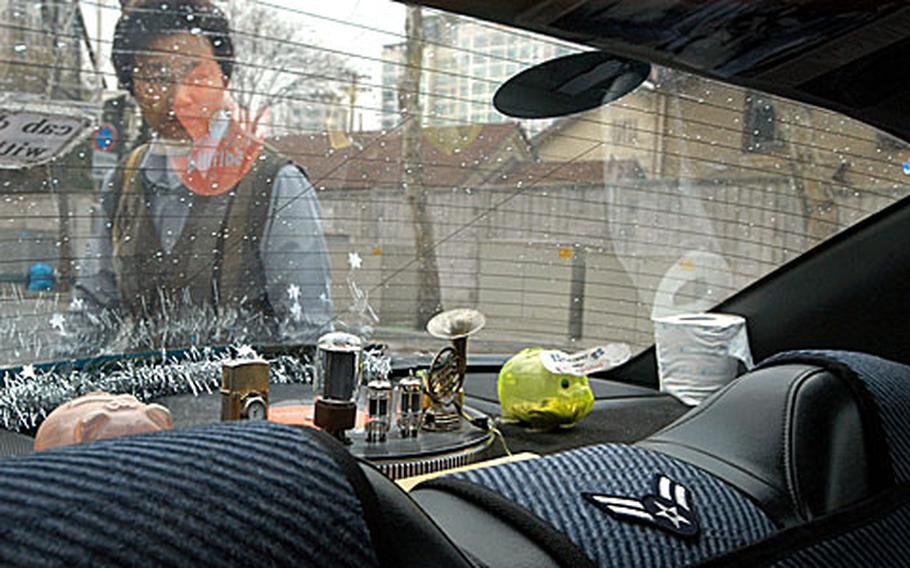 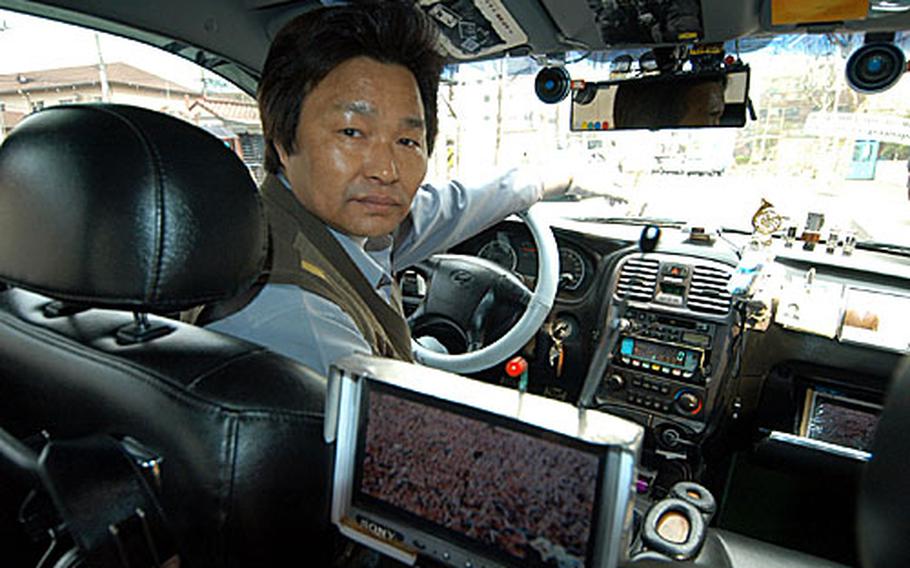 SEOUL &#8212; It&#8217;s almost 1 a.m. on a Saturday and a grateful American hails a taxi in the midst of strong competition near Yongsan Garrison in Seoul&#8217;s Itaewon neighborhood.

He notices the rock memorabilia anchored to the ceiling and doors while giving the driver directions.

Shortly afterward, the sound of 50,000 screaming fans bursts from the taxi&#8217;s speakers with stadium-like clarity. A TV screen pops out of the center console.

For the cost of regular taxi fare, Cho Young-ho gives servicemembers and others a veritable Hard Rock Cafe on wheels &#8212; minus the $10 hamburger &#8212; while they drive toward their destination.

Cho worked as an amplifier technician before beginning driving his own taxi 15 years ago. Music soon became a passion; he began searching for rare recordings in markets and secondhand stores throughout Seoul.

He added the audio equipment and decorations about four years ago, to rave reviews from servicemembers.

Cho says he&#8217;s had some problems with passengers leaving without paying or roughing up his taxi. But overall, he says he often enjoys Americans most among his foreign passengers.

&#8220;The American passengers are mostly open-minded, so generous and sincerely appreciate my effort, including an unexpected tip,&#8221; Cho said. &#8220;Above all, they know how to enjoy the music from their hearts.&#8221;

Cho says he keeps a ready stock of all kinds of musical styles, although he&#8217;s noticed trends for requests among age groups.

Younger people in their 20s already have plenty they can listen to on the radio, Cho said.

Older customers&#8217; preferences often get left off the airwaves, so they appreciate Cho&#8217;s vast selection much more, he said.

Foreigners in the 40s tend to request The Eagles, while those in their 50s ask for Simon and Garfunkel, he said.

In recent years, a new wave of immigrants has moved into Itaewon, and many are from countries that don&#8217;t have the same musical tastes and connections.

However, there are still enough around to make Cho&#8217;s ride a far different experience from the average taxi.