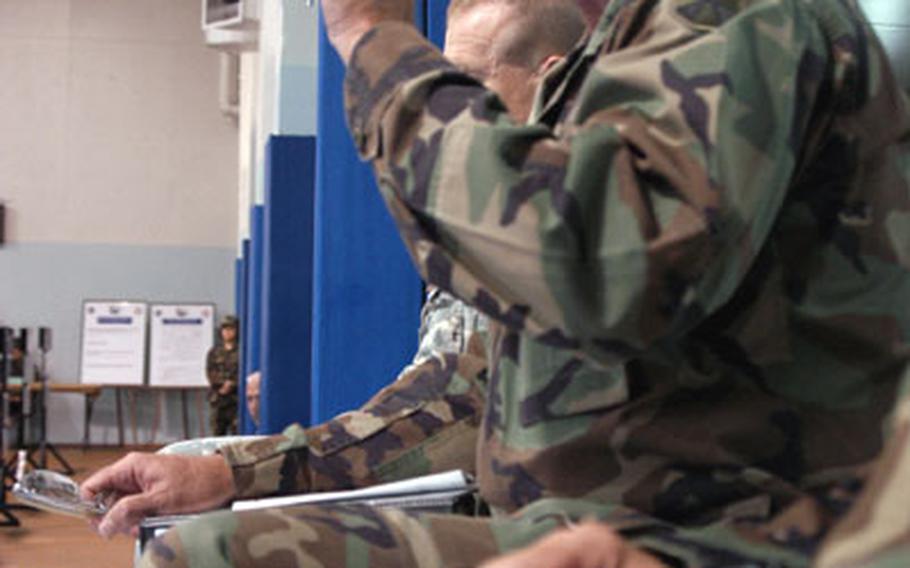 Lt. Gen. Charles C. Campbell talks to the Korean Service Corps Tuesday after an exercise on Yongsan Garrison that shows how the corps would deploy in case of war. (Teri Weaver / S&S)

Lt. Gen. Charles C. Campbell talks to the Korean Service Corps Tuesday after an exercise on Yongsan Garrison that shows how the corps would deploy in case of war. (Teri Weaver / S&S) 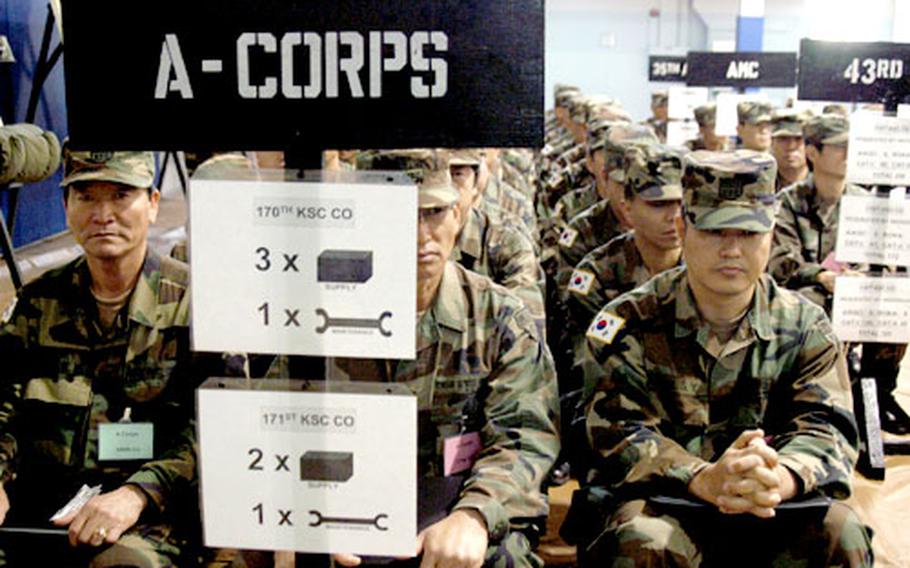 Members of the Korean Service Corps demonstrate how companies within the corps&#39; reserves would mobilize and deploy throughout Korea during wartime. These men represent companies that would attach to A-Corps to help with logistical support. (Teri Weaver / S&S) 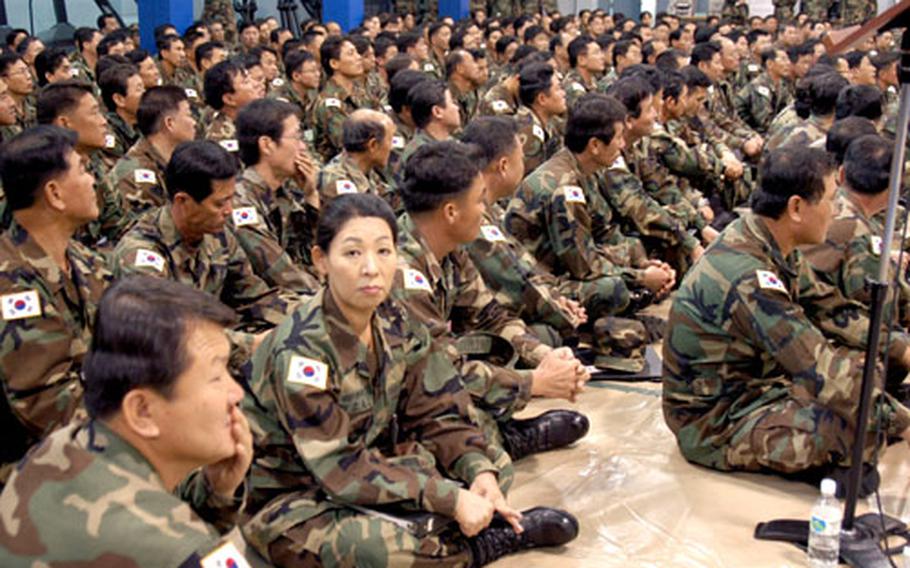 Korean Service Corps members listen to Col. William Kidd, 8th Army Chief of Staff, as he explains that the corps civilian staff will not shrink as U.S. Forces Korea downsizes and centralizes its commands to the Pyongtaek area. (Teri Weaver / S&S) 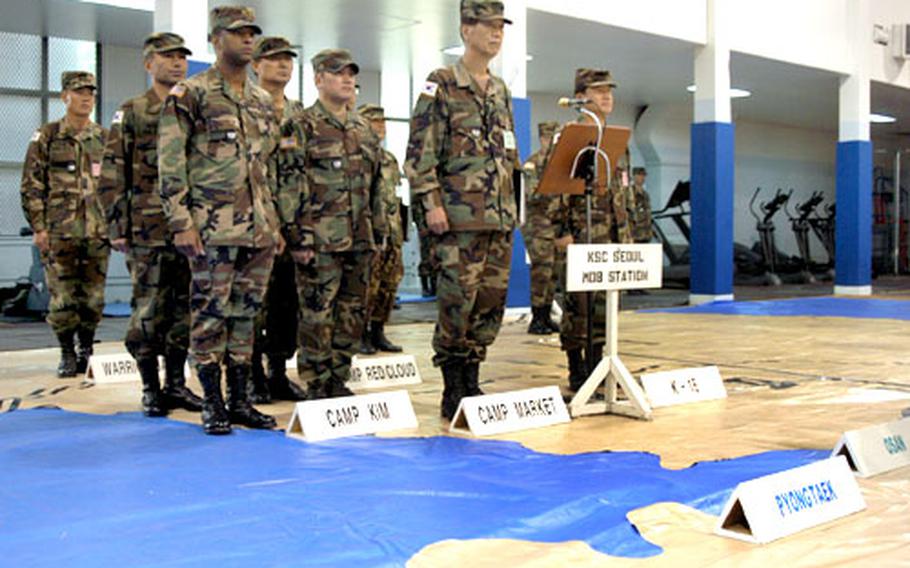 Members of the Korean Service Corps Battalion stand at points on a map of Korea to indicate their current unit positions. In case of war, the corps would turn from civilian workers into non-armed soldiers and deploy 36,000 people across the country to help the U.S. with logisitical needs. (Teri Weaver / S&S)

YONGSAN GARRISON, South Korea &#8212; The Korean workers who help keep U.S. buildings wired, toilets flushing and supplies moving throughout the country during peacetime would turn into a force of more than 30,000 should war break out, U.S. and Korean officials demonstrated during an annual exercise here Tuesday.

The Korean Service Corps is a paramilitary group that provides the U.S. 8th Army logistical support during peacetime. But in wartime, the group would draw on its reserves and fan across the peninsula to help build infrastructure, maintain weapons supplies and transport supplies for American troops, said Lt. Col. Robert J. Paquin, the Korean Service Corps Battalion commander.

Service corps units would be attached to existing 8th Army units &#8212; such as the 2nd Infantry Division or the 18th Medical Command &#8212; to provide assistance, a unique relationship between the Army and another nation, 8th Army Commander Lt. Gen. Charles C. Campbell said Tuesday.

&#8220;We couldn&#8217;t accomplish our armistice mission without the KSC battalion,&#8221; Campbell said after watching Tuesday&#8217;s demonstration.

Paquin and KSC battalion representatives demonstrated deployments of service corps reserves during an hourlong presentation in Trent Gym at Yongsan.

During war, the corps&#8217; companies would grow from 15 to more than 200. To show how those companies would spread across the country, each &#8220;commander&#8221; reported to an existing camp on the gym floor, which was covered by a map of Korea and signs marking U.S. camps.

Then the commanders split off from their reporting area to their unit assignment. The movement of more than 200 commanders moving across the Korea map toward their eventual assignment took more than 30 minutes. In real time, it would take 80 days to deploy the 36,000 corps members, Paquin said.

After the demonstration, Paquin talked about some of the improvements he hopes to see in time for next year&#8217;s exercise. Those include collecting and storing more clothing supplies for the drafted corps members, establishing a better communication system to understand what jobs need filling because of injuries and casualties, and possibly having a more thorough health screening for the draftees so that Army medical officials will be better prepared to care for the Korean workers.