Korean civic leaders get tour of bases in Pacific to cultivate U.S. relations with local communities 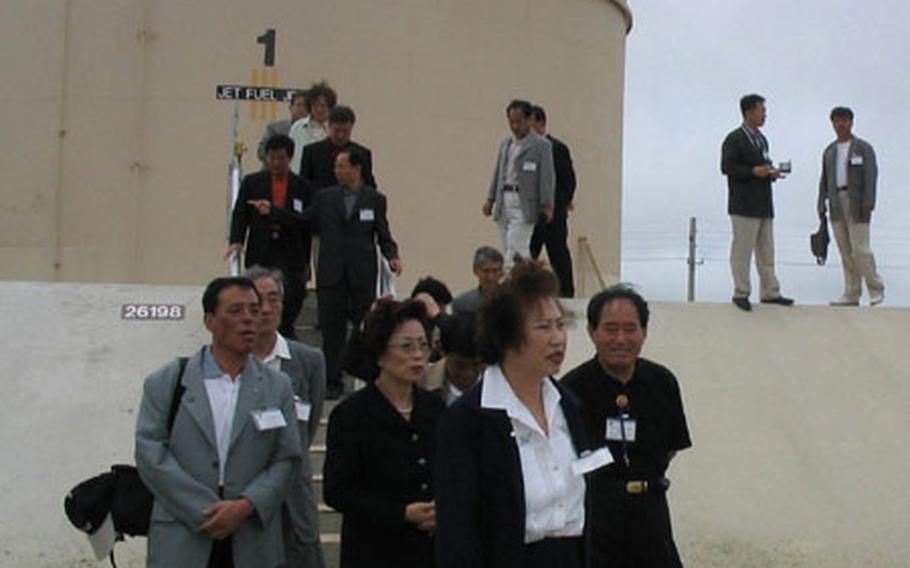 The 51st Fighter Wing flew about 30 Korean municipal officials, educators and business people to three U.S. bases in the Pacific. The group traveled Sept. 23 through Sept. 26 aboard an Air Force KC-135 Stratotanker to Guam&#8217;s Andersen Air Force Base, Okinawa&#8217;s Kadena Air Base and Japan&#8217;s Yokota Air Base.

Among the tour&#8217;s key aims: letting the Koreans see how their counterparts get along with the U.S. bases in their communities, and perhaps developing ideas on how both Osan Air Base and its surrounding communities might further fine-tune their relationships.

Representatives of Osan, Hwasong, and Pyongtaek were among those on the trip.

The tour gave the leaders &#8220;a chance to benchmark and compare community support and community relations activities at other installations,&#8221; said Air Force Col. Robert Kopp, the 51st Mission Support Group commander, who was the civic leaders&#8217; senior military escort. It provided them &#8220;an opportunity to dialogue with others&#8221; about &#8220;what everybody can do to enhance&#8221; good base-community relations, he said.

The tour also included social events in which the local leaders discussed how their own communities get along with neighboring U.S. air bases.

&#8220;Each installation provided their equivalent civic leaders, and they each gave a little pitch about the things they do to enhance relations,&#8221; said Kopp.

Base officials said they hope the tour will pay future dividends in improved relations among Osan Air Base and its outlying communities.

Maj. Edwina Walton, the wing&#8217;s public affairs chief, said, &#8220;Our goal is, by the end of this month, to have a reunion with all the civic leaders on base to discuss some of the initiatives&#8221; the Air Force hopes to pursue. She said initiatives to be explored further include:

&#8226; Several prospective programs in which airmen would hold English conversational classes with five area middle schools, and one to teach basic English in local schools.

&#8226; Sending airmen to a local university for panel discussions with students, a segment of the Korean population the U.S. military has indicated it&#8217;s especially eager to win over.

Shin Young-ho made the tour in his role as Songtan branch president with the Korea Special Tourism Association. He said it gave him ideas.