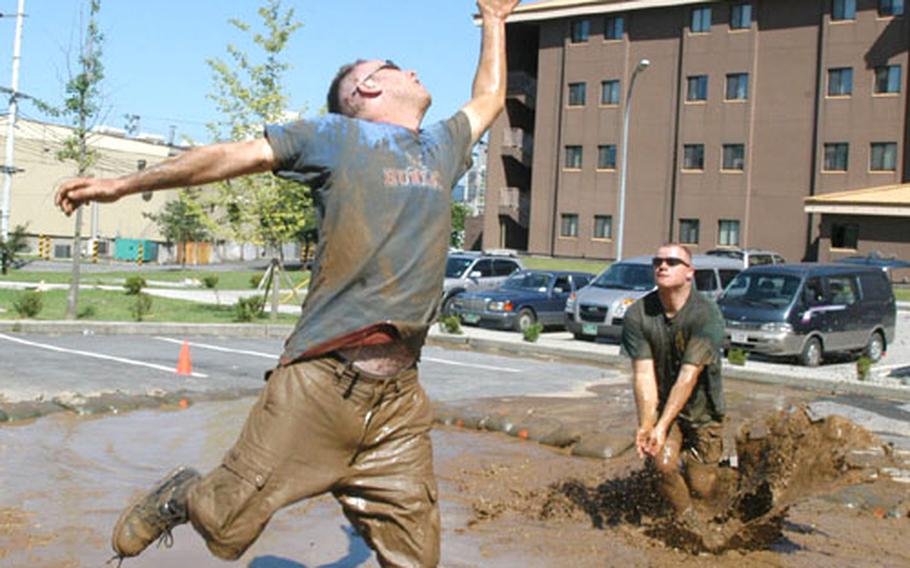 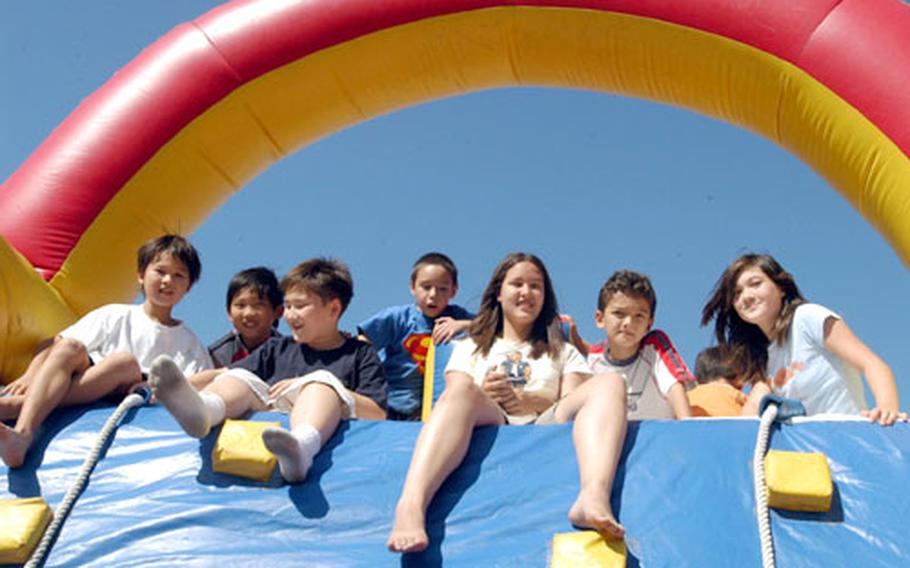 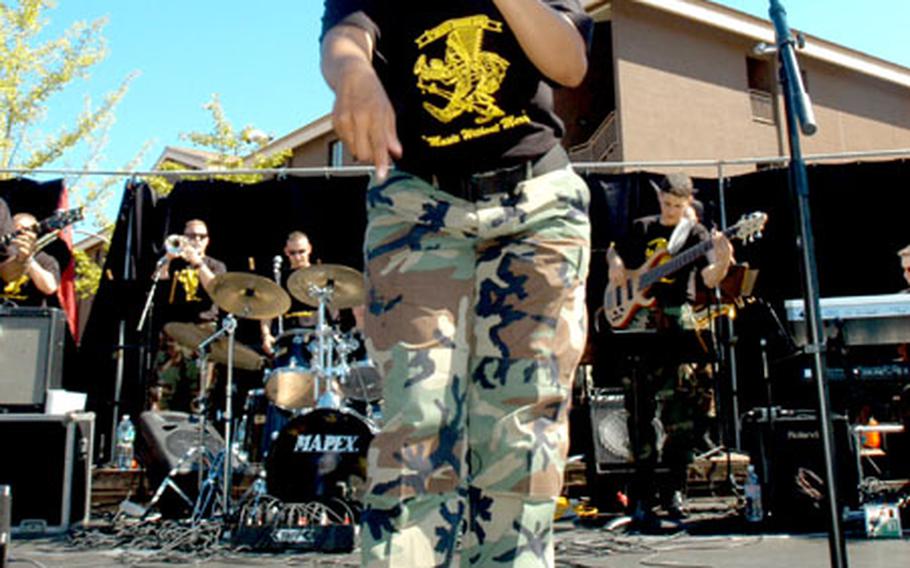 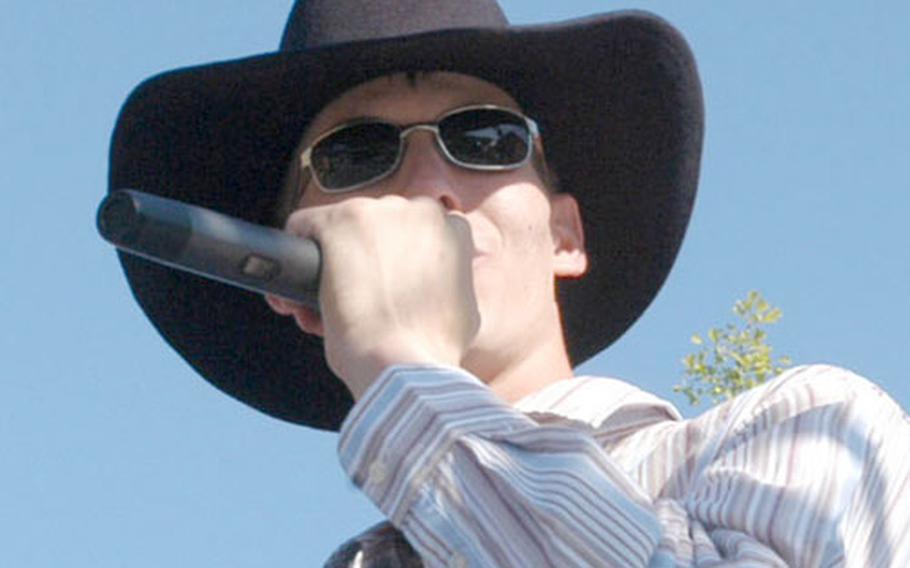 CAMP RED CLOUD, South Korea &#8212; Area I servicemembers got a chance to relax at block parties held at camps Red Cloud and Casey on Labor Day.

The party, which ran from noon to 10 p.m., included a demonstration by the 2nd Infantry Division tae kwon do team, performances by Philippine rock group Maranatha and the 2nd ID band, sales of food and drink, and raffles, he said.

Another event was a Military Idol competition that featured 17 competitors.

One of those competitors was Sgt. George Movortes of Company A, Special Troops Battalion. He donned a large black cowboy hat for his unaccompanied version of &#8220;The Gambler&#8221; by Kenny Rogers.

Perhaps the most spectacular event at the Camp Red Cloud party was the mud volleyball.

One of the soldiers who helped organize the event, Headquarters Headquarters Company&#8217;s Sgt. Jeff Howard, 29, of Dahinda, Ill., said it took two days to build the mud volleyball court using hundreds of sandbags and dirt brought to the Mitchell&#8217;s parking lot from a construction site where South Korean contractors are moving the fence at the front of the base.

Howard said he expected it would take even longer to clean up the mess after the party.

Jerry said the block party was like Spring Break for soldiers who had worked 12 hours on, 12 hours off during the Ulchi Focus Lens exercise in South Korea, which ran from Aug. 12 through Sept. 3.

&#8220;We haven&#8217;t been allowed to drink for weeks, so this weekend was a good time for everybody to get together and drink. There are parties going on in all the barracks,&#8221; she said.

Meredith said in previous years the Labor Day block parties had included an event at Camp Stanley but because the installation is in transition, with soldiers moving to Camp Casey or arriving from Camp Humphreys, no party was held there this year.