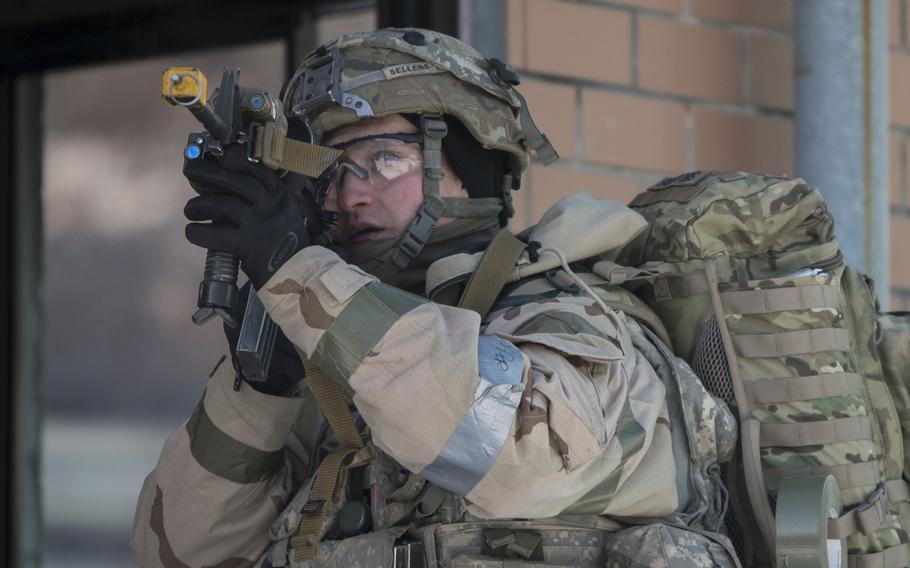 OSAN AIR BASE, South Korea — The 2nd Infantry Division is holding one last exercise on the Korean Peninsula ahead of next month’s Winter Olympics in Pyeongchang.

The Warrior Strike exercise will be a scaled-down version of the quarterly exercise that involves four days of training alongside South Korean troops that aims to validate the combat effectiveness of a battalion of Texas-based 1st Cavalry Division soldiers who are near the end of a nine-month rotation to South Korea.

The exercise wraps up Thursday.

Warrior Strike is a lot smaller than the peninsula-wide Foal Eagle and Key Resolve drills that the United States agreed to postpone until the Olympics and Paralympics end on March 18. The games kick off on Feb. 9.

North Korea claims the drills are pretext for a U.S.-South Korean invasion of the North. U.S. and South Korean military officials insist the war games, which involve tens of thousands of troops, are defensive in nature and necessary to maintain a constant state of readiness.

Past Warrior Strike drills have involved air assaults from South Korean naval vessels, infiltration of underground tunnels and the clearing of mock villages. It usually ends with troops simulating an attack on a North Korean chemical weapons site, though the division did not provide details about this iteration.

7th Air Force officials did not immediately respond to questions about whether its aircraft would be involved in any exercises ahead of the games.