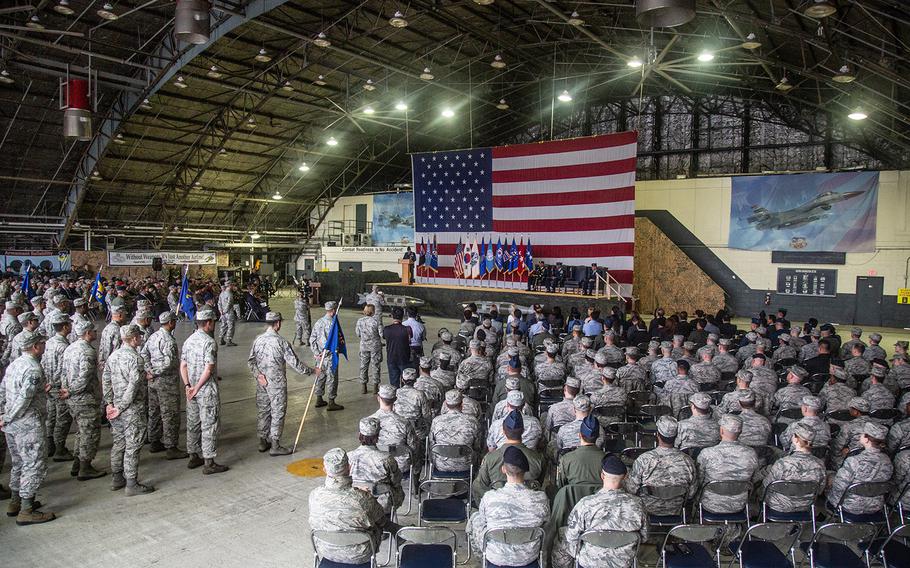 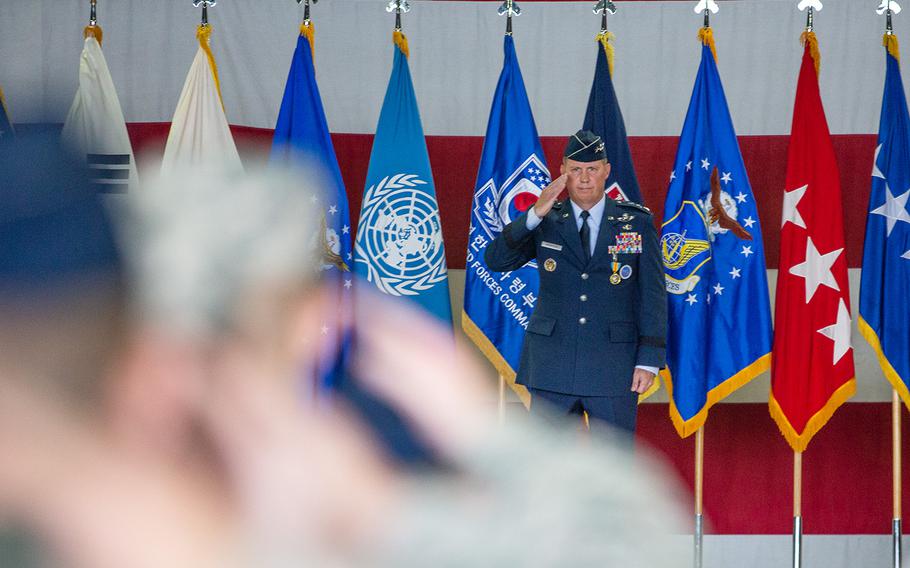 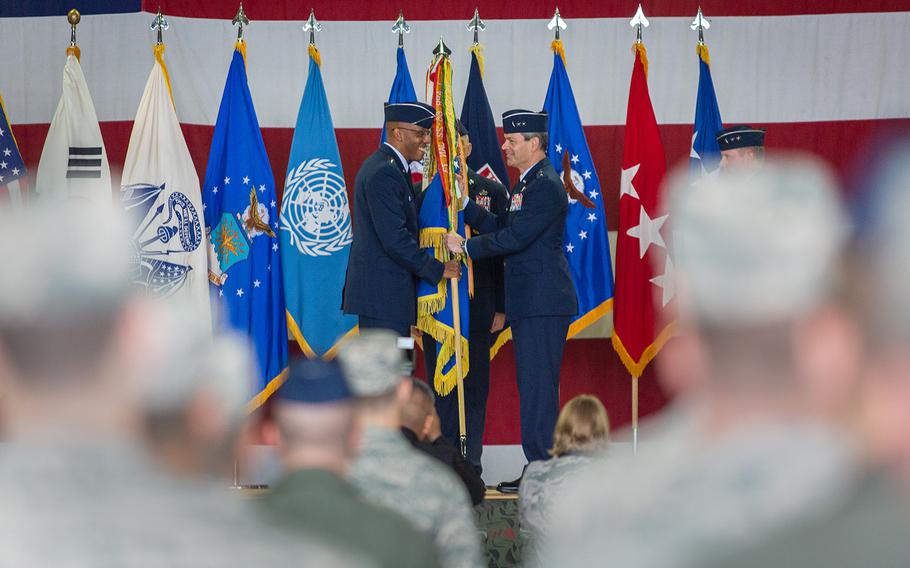 OSAN AIR BASE, South Korea — A new leader has taken the reins of the 7th Air Force at the largest U.S. air base in South Korea.

Lt. Gen. Kenneth Wilsbach took over from Lt. Gen. Thomas Bergeson during a change-of-command ceremony Monday afternoon inside a hangar at Osan Air Base.

Along with being the top air boss in charge of about 8,000 airmen in South Korea, Wilsbach’s roles on the peninsula include deputy commander of U.S. Forces Korea and air component commander for both the United Nations Command and Combined Forces Command. He will also serve as the U.S. representative for the status of forces agreement between Seoul and Washington.

Wilsbach — a fighter pilot who’s flown both F-15 Eagles and F-22 Raptors — comes to Osan from a command stint at the 11th Air Force in Alaska.

“Wilsbach is no stranger to the Pacific having served in Okinawa, Alaska, Hawaii and now here,” said Gen. Vincent Brooks, USFK commander, during the ceremony. “And just what the doctor ordered for complexities that await us on the horizon.”

The 7th Air Force commands the 51st Fighter Wing at Osan and the 8th Fighter Wing at Kunsan Air Base. Its aircraft include F-16 Falcons, A-10 Thunderbolt IIs and the U-2 spy plane.

“Your sacrifice and skills displayed over the past year have shown the Korean Peninsula, the Asia-Pacific region and the world our commitment to military readiness and the alliance,” Wilsbach told his new troops. “I am humbled to be your commander.”

Wilsbach’s arrival coincides with a recent cooling of relations between the United States and North Korea. President Donald Trump canceled Secretary of State Mike Pompeo’s visit to Pyongyang Friday, saying in a tweet that the North wasn’t making sufficient progress toward denuclearization.

Bergeson shepherded 7th Air Force during a roller coaster of geopolitical events on the peninsula that saw Trump once threating North Korean leader Kim Jong Un with “fire and fury” and later meeting the dictator during a historic June meeting Singapore.

Bergeson said his airmen served as a “catalyst” for the dramatic change in events.

“The past two years have been punctuated by both moments of unprecedented hostility and unprecedented opportunity,” he said. “Our military strength has given our diplomats the strongest possible hand for negotiation.”