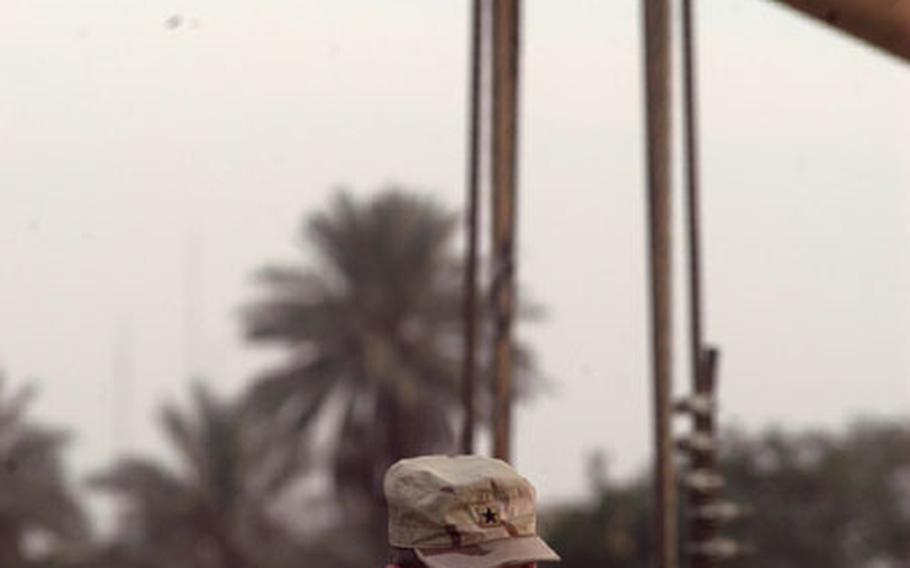 Brig. Gen. Martin E. Dempsey, commander of the 1st Armored Division, speaks during a ceremony that opened the 14th of July Bridge in Baghdad on Saturday afternoon. Opening the bridge, which was damaged during the war, will help relieve traffic congestion in the Iraqi capital city. (Ron Jensen / S&S)

Brig. Gen. Martin E. Dempsey, commander of the 1st Armored Division, speaks during a ceremony that opened the 14th of July Bridge in Baghdad on Saturday afternoon. Opening the bridge, which was damaged during the war, will help relieve traffic congestion in the Iraqi capital city. (Ron Jensen / S&S) 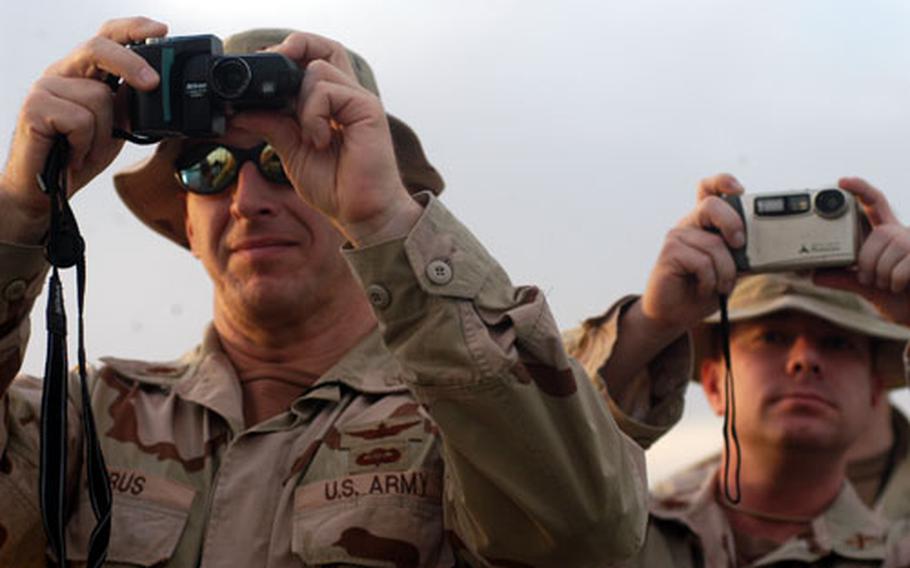 BAGHDAD, Iraq &#8212; The commander of U.S. troops in Iraq&#8217;s capital city used the opening of a major bridge across the Tigris River on Saturday to reiterate the coalition&#8217;s willingness to stay in the country until the job is done.

Brig. Gen. Martin E. Dempsey, commander of the 1st Armored Division Task Force, said the bridge is a symbol of Iraq crossing from its past to the future.

Some do not want to see progress in the country, he said. He called them cowards who use violence as a way to hinder the effort to rebuild Iraq.

A security wall was built before the bridge&#8217;s opening to protect the nearby palace grounds now used by the Coalition Provisional Authority and U.S. troops.

The reopened bridge should help ease the congested traffic that chokes central Baghdad for much of the day.

The original bridge, named for the day of a revolution in 1958 that overthrew the monarchy and established a republic, was destroyed during the Gulf War of 1991. It was re-opened afterward for limited traffic using the Republican Guard barracks and the main palace of Saddam Hussein on the river&#8217;s west bank.

In the most recent war, it was damaged too severely for regular traffic. But repairs by the U.S Army&#8217;s 1457th Combat Engineer Battalion, a National Guard unit from Utah, now make it accessible to all traffic.

For more than two months, the soldiers repaired cables on the suspension bridge, which were cut during the battle for Baghdad.

&#8220;There was actually a firefight on the bridge,&#8221; Sgt. Scott Neill said after a ceremony that included more speeches and a ribbon-cutting.

Some of the hanger cables, which are connected to the bridge&#8217;s suspension cables, were nearly cut in half, he said.

&#8220;Any kind of heavy traffic could have brought the thing down,&#8221; added Neill, who in his civilian life is a civil engineer specializing in suspension bridges.

Of the 22 hanger cables damaged, the engineers fixed nine that were most severely damaged or presented the greatest threat to the safety of the bridge.

The day was hailed as a milestone in Iraq&#8217;s reconstruction.