KNP gets a ‘thanks’ from Yongsan 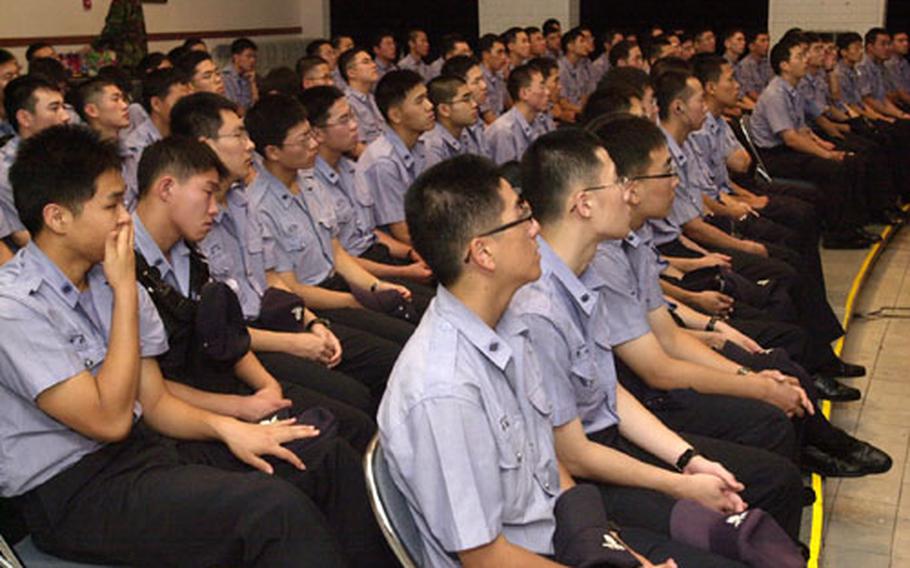 A group of Korean National Police listens to a briefing on Yongsan Garrison Monday. The group, which normally provides security outside the base gates, was given an "appreciation day" on base. (Joseph Giordono / S&S)

A group of Korean National Police listens to a briefing on Yongsan Garrison Monday. The group, which normally provides security outside the base gates, was given an "appreciation day" on base. (Joseph Giordono / S&S) 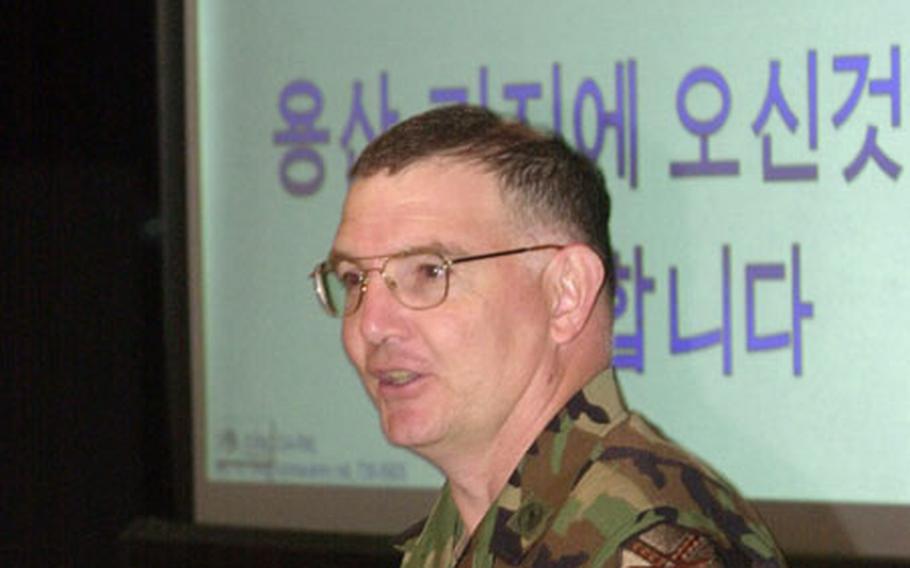 YONGSAN GARRISON, South Korea &#8212; They are the young men in blue uniforms, standing post outside base gates in the freezing cold or sweltering summer heat. They sometimes face the ire of their fellow countrymen when protests get out of hand. And they rarely get a chance to interact with the people they protect.

But on Monday, more than 100 members of the Korean National Police were brought onto Yongsan Garrison in Seoul, getting a glimpse of life inside the gates and hearty &#8220;thank you&#8221; from the base commander.

&#8220;It is the KNP that provides us the reassurance that we are safe and our family members are safe. And for that, I say thanks.&#8221;

For years, U.S. base security has been augmented by ranks of KNP, young men serving out their two-year mandatory service in the police instead of the South Korean military. On normal days, they stand just outside the base gates (with a few patrols within the base walls as well), clutching long wooden batons.

On days when protests are scheduled, they don riot gear &#8212; metal face masks, long plastic shields and a lighter version of body armor. On those days, they stand between the base gates and the protesters, who often are students of the same age. KNP officers could, literally, be sitting in class with protesters one day, facing off against them the next.

All of that was far from their minds Monday, though.

The day began with the thank you and welcome briefing at the Moyer Theater. From there, the KNP company went on a tour of Yongsan Garrison and stopped by the Heritage Center on South Post. Afterward, they were treated to lunch at the Three Kingdom&#8217;s Inn and a movie.

The KNP members clearly appeared to be looking forward to the day&#8217;s events.

According to base officials, similar tours are attempted every three months, rotating between the eight KNP companies that protect the 19 installations in Area II. But, said Area II spokesman John Nowell, the KNP sometimes is forced to cancel at the last minute because of duty obligations.

The thank-you sessions usually end up happening about twice a year, Nowell said.