Kitty Hawk sailors get early bird while at sea 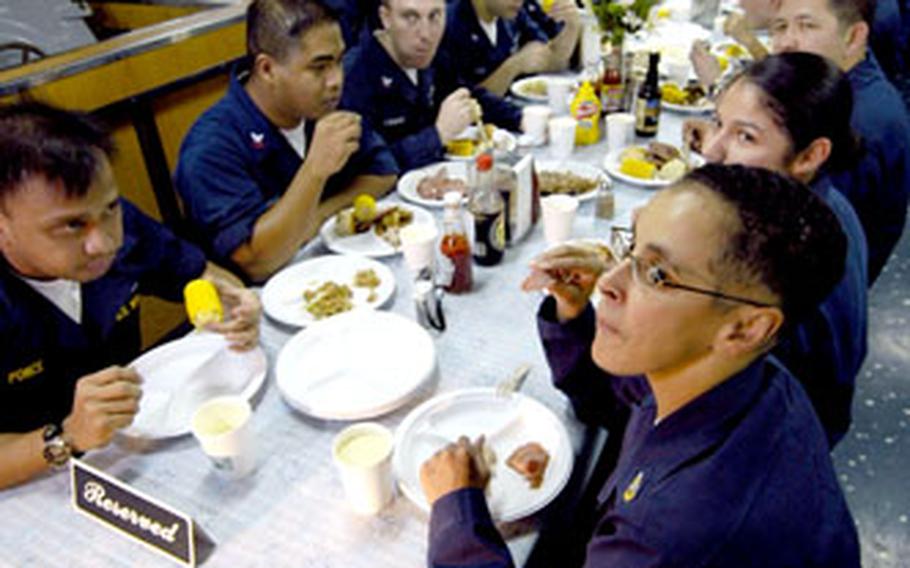 YOKOSUKA NAVAL BASE, Japan &#8212; It was sheer turkey terror. It was a feast most fowl aboard the USS Kitty Hawk on Tuesday.

The ship is due into port in Hong Kong on Thanksgiving Day proper, so the Kitty Hawk celebrated the holiday Tuesday.

The galley staff spent most of the night preparing the meal, and decorated all of the ship&#8217;s ward rooms and mess halls for the huge meal, he said. To ensure no one would go away hungry, kitchen hours were extended so all stomachs could be distended.

On the menu? Turkey with all the trimmings, of course.