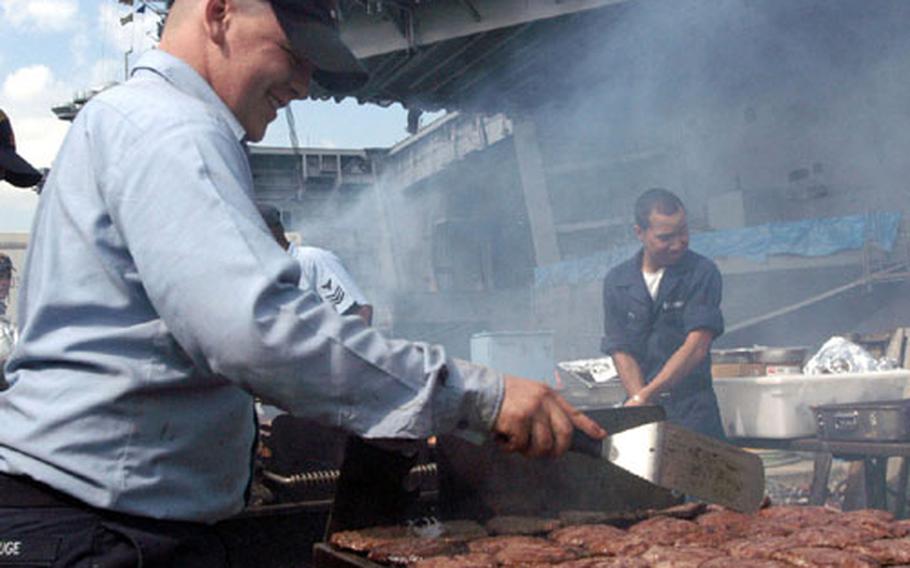 Seaman Dachmon Ruge, a mess specialist aboard the USS Kitty Hawk, grills burgers in front of the carrier to celebrate the ship&#39;s return from drydock Friday at Yokosuka Naval Base, Japan. (Juliana Gittler / S&S)

YOKOSUKA NAVAL BASE, Japan &#8212; After five months in dry dock, the USS Kitty Hawk is nearing its return to normalcy.

To celebrate, 2,500 sailors aboard the carrier and about 400 others from the Yokosuka Ship Repair Facility, along with Japanese contractors who worked on the ship, spent Friday afternoon pier-side enjoying an old-fashioned picnic.

The carrier&#8217;s hull was sandblasted, primed and painted, and its hangar bay was refitted and crew quarters renovated.