Kitty Hawk had a front-row seat to history 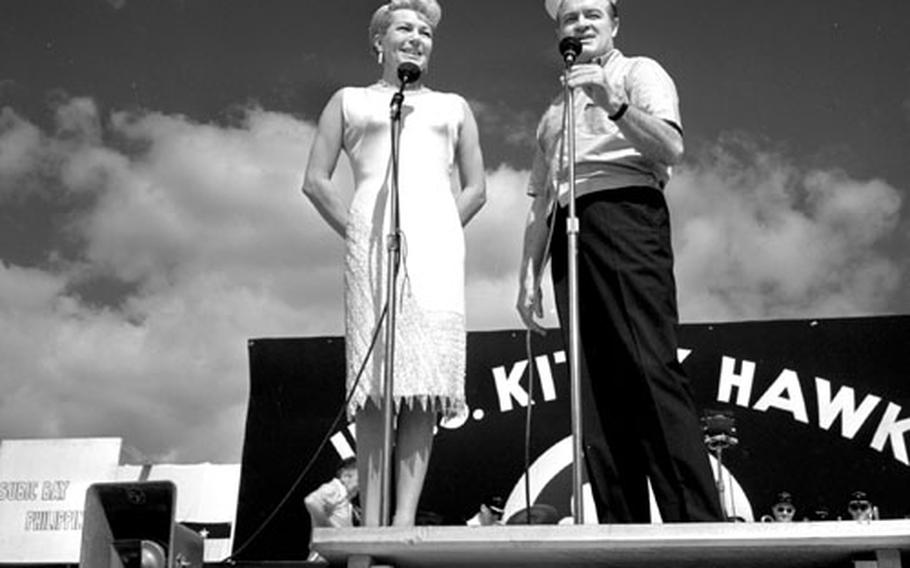 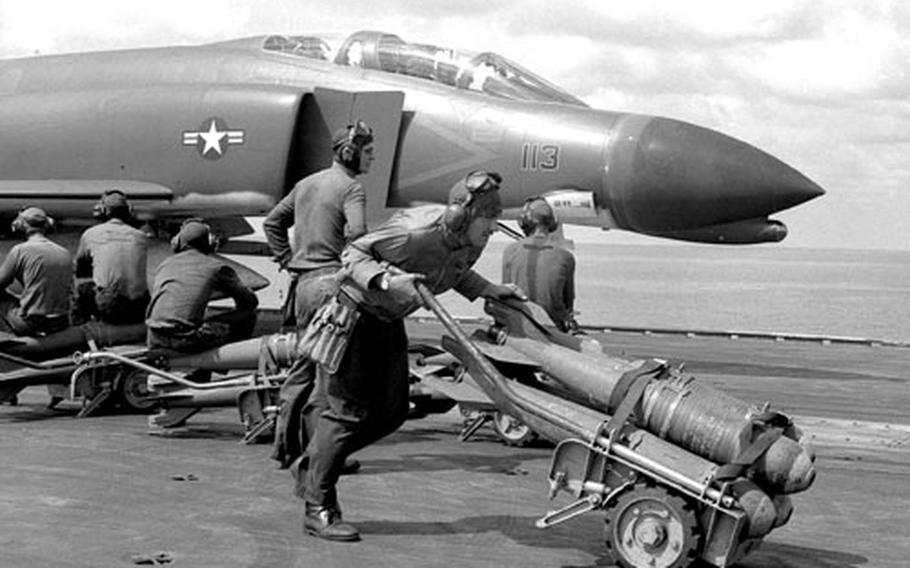 Buy Photo
A member of the USS Kitty Hawk’s ordnance crew moves bombs to planeside off the coast of Vietnam in April 1966. (Stars and Stripes) 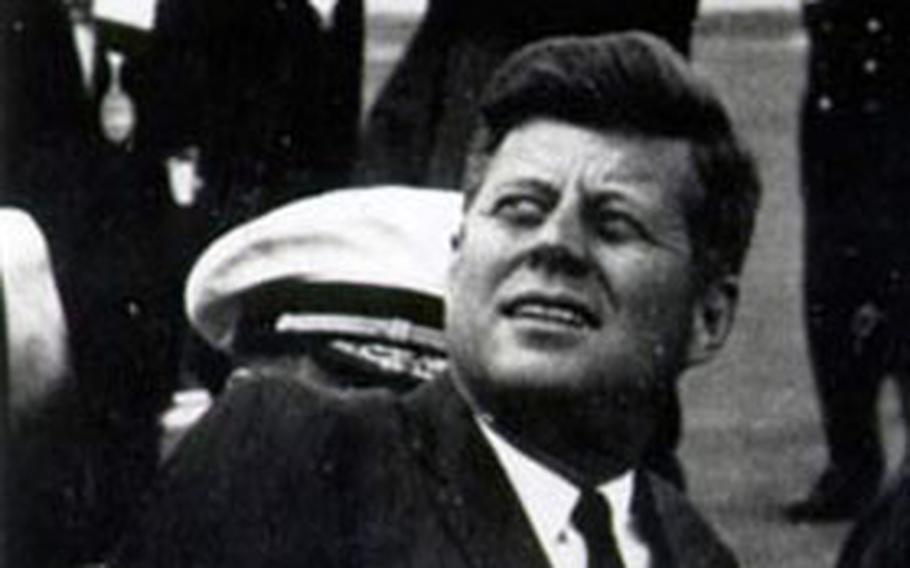 YOKOSUKA NAVAL BASE, Japan &#8212; She was imposing even before she was finished being built, remembers Paul Edward Chevalier.

The USS Kitty Hawk hadn&#8217;t touched the water yet when the Navy ensign first laid eyes on the aircraft carrier in 1960 in Camden, N.J.

&#8220;She was still in dry dock and looming high above the ground,&#8221; said Chevalier, now a member of a Kitty Hawk veterans Internet group.

Chevalier explained how he worked his way to lieutenant aboard the Kitty Hawk. It was hard going at first. After the ship was commissioned in 1961, one of her eight boilers blew up. The catapults were defective and had to be rebuilt. But there were good moments, too, such as when he shared the flight deck with President Kennedy in 1963, he said.

After 44 years of active duty, the Department of Defense announced Friday that the diesel-powered USS Kitty Hawk will be gone as well in a few years. It is to be replaced at its forward base in Yokosuka by a Nimitz-class nuclear powered carrier in 2008, when it will return to the States to be decommissioned.

Until then, the USS Kitty Hawk remains the oldest active-duty warship and the Navy&#8217;s only aircraft carrier permanently deployed abroad.

So it&#8217;s no wonder that the Kitty Hawk is likened to a floating city.

But unlike its namesake North Carolina coastal hamlet immortalized by the Wright brothers&#8217; first sustained flight, this steel &#8220;town&#8221; carries more than 2,000 tons of ordnance, ranging from air- and surface-launched missiles to precision-guided weapons. Its air wing, Naval Air Facility Atsugi-based Carrier Air Wing 5, consists of 85 aircraft, and as of of February 2003 had completed nearly 400,000 launchings from the ship&#8217;s four catapults.

Bearing the &#8220;Don&#8217;t Tread on Me&#8221; flag, an honor bestowed on the oldest warship in the Navy, a chronology of the Kitty Hawk spans from the Cold War to the current war on terror.

The carrier was &#8220;baptized&#8221; during the Cuban Missile Crisis in October 1962, when the U.S. military was brought to full alert after spy planes discovered the Soviet Union was supplying nuclear missiles to Cuba.

&#8220;The incident I remember the most was the time we were being circled by large Russian bombers and that only happened because we went off radio silence somewhere off the coast of Siberia,&#8221; remembers Ed Thomas, another member of the Internet veterans group who worked on the No.4 elevator in the hangar deck. &#8220;Thank God nothing ever happened, as this incident could have changed history.&#8221;

The Kitty Hawk went to Vietnam six times during the U.S. involvement in that war in the 1960s and early &#8217;70s. In 1979, President Carter sent it to aid Vietnamese refugees attempting to escape communist rule after the war. That year it also stood off the coast of South Korea after the assassination of President Park Chung Hee. And before the year ended the carrier was ordered to the North Arabian Sea during the Iran hostage crisis.

In 1981 the Kitty Hawk, then permanently based in San Diego, returned to the western Pacific and was deployed in 1984 and 1985 as the flagship for Battle Group Bravo in the North Arabian Sea.

In 1992, the ship spent nine days off the coast of Somalia supporting U.S. Marines and coalition forces. The carrier was called to the Persian Gulf at the end of the year to be part of an offensive strike in southern Iraq.

The Kitty Hawk was forward-deployed to Yokosuka in 1998 to start what will become its final deployment.

Since then, it has been called to the North Arabian Sea to support operations Enduring Freedom and Iraqi Freedom, and elsewhere in the war on terror.