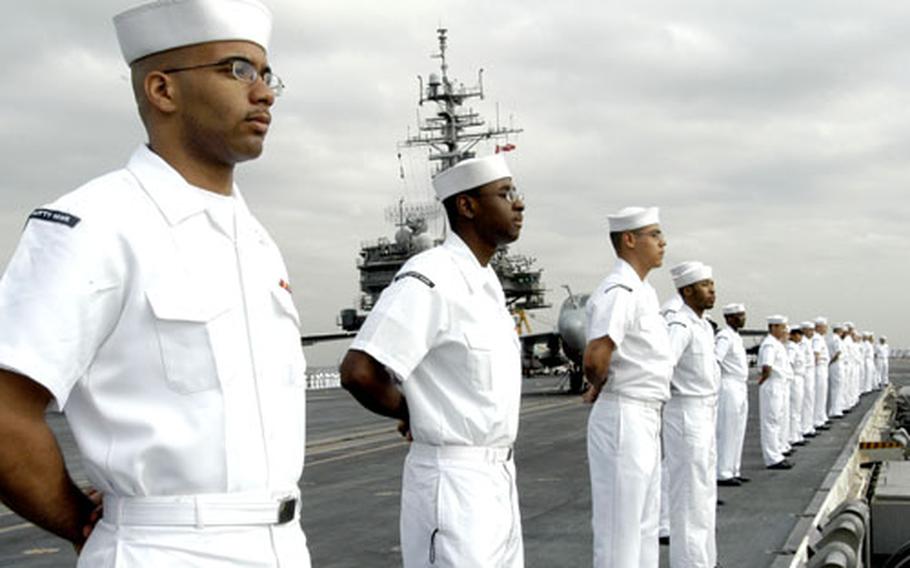 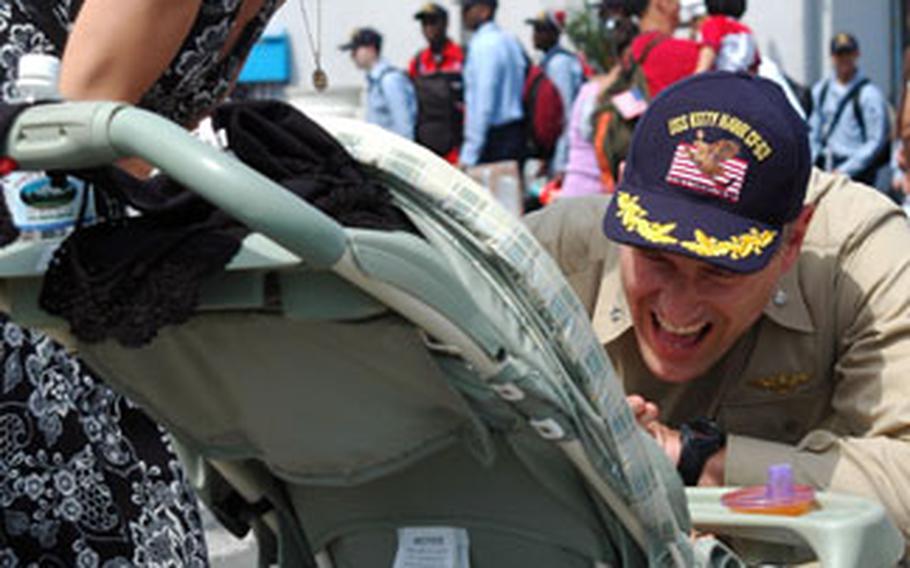 Cmdr. Kevin Laye greets his wife and child on the pier of Yokosuka Naval Base, Japan, on Friday after the USS Kitty Hawk returned from a 99-day summer cruise. (Patrick L. Heil / U.S. Navy) 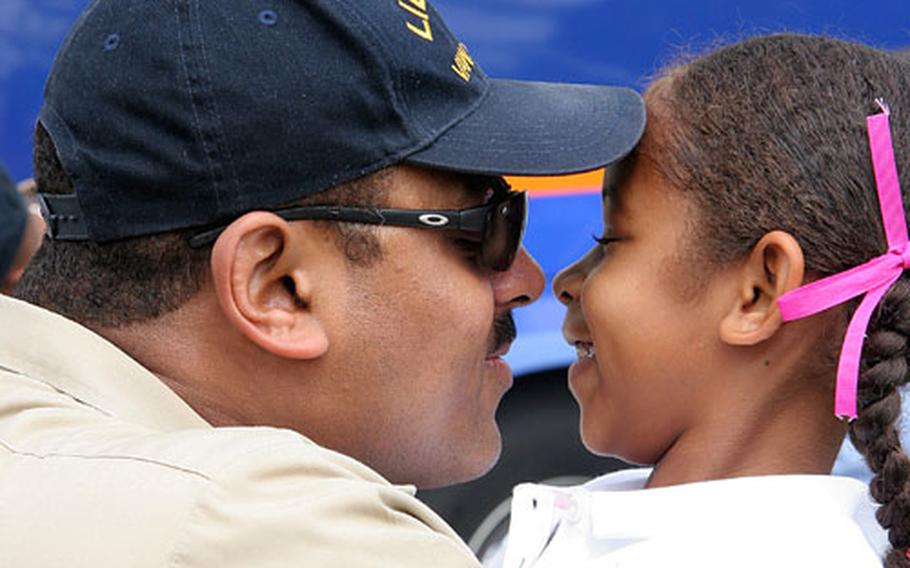 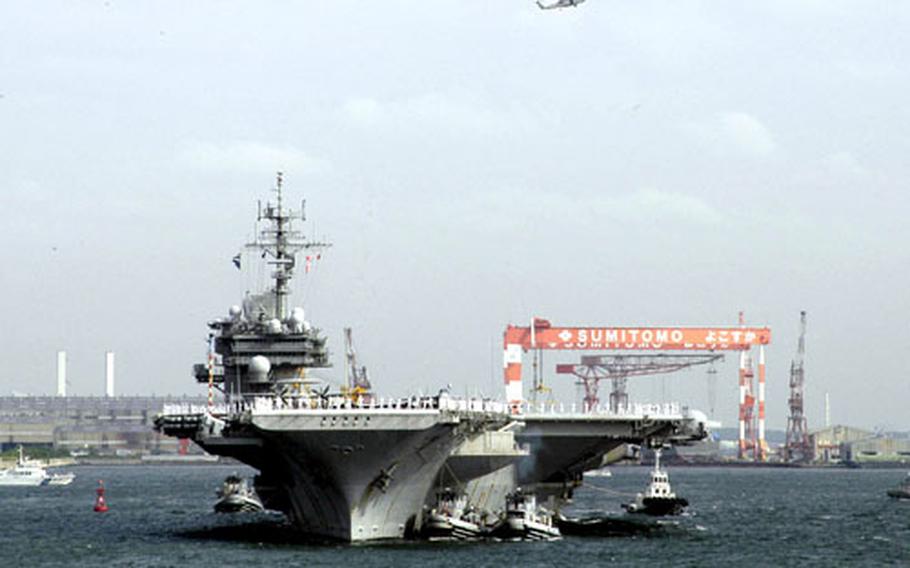 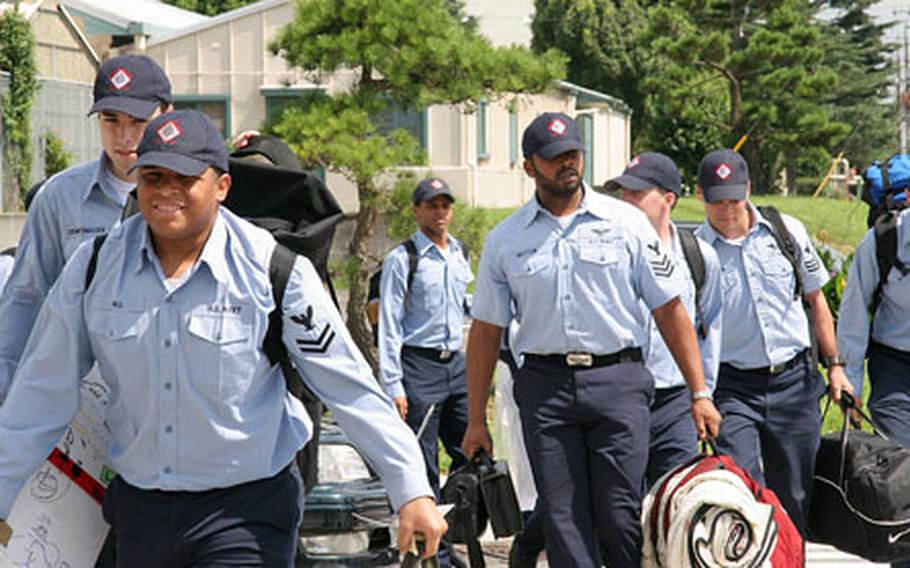 After 99 days at sea, some spent participating in one of the U.S. military&#8217;s largest exercises in the Pacific in 30 years, the USS Kitty Hawk on Friday returned to port at Yokosuka Naval Base, Japan.

First on the agenda was joining two other carrier strike groups for the multiservice Valiant Shield 2006, a massive war game involving 22,000 personnel, the Navy reported.

&#8220;Kitty Hawk and the entire battle force have again completed an important theater security cooperation deployment,&#8221; Rear Adm. Doug McClain, Carrier Strike Group 5 commander, said in a statement. &#8220;We have engaged and exercised with friends and allies as well as combining our U.S. forces in the largest joint exercise that anyone can remember with Valiant Shield.&#8221;

The ship next visited Otaru in Hokkaido, Japan, followed by Singapore; Fremantle, Australia; and most recently, Laem Chabang, Thailand.

During the deployment, the ship hosted the U.S. ambassador to Thailand, the Royal Thai army commander-in-chief and officials from Indonesia, Australia, Singapore and Japan, the Navy reported.

Amid all those activities, Capt. Michael P. McNellis assumed command of Carrier Air Wing 5 from Capt. Garry R. Mace during the deployment.

The Kitty Hawk Strike Group is the largest carrier strike group in the Navy.